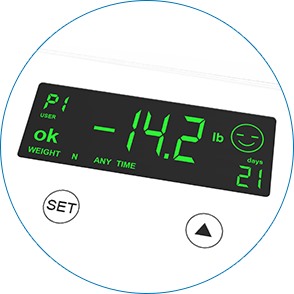 For all the fad diets that come and go, there really is no secret to weight loss. Reduce the number of calories taken in, increase the number of calories burned. There are tips that can help with this, such as planning workout routines with a partner since one is less likely to blow off a friend than one is to skip a gym solo session. Drinking water to feel full or concentrating on satiating foods also helps, but the basics are still less in, more out.

With that, there is the notion that some foods that will take more energy to digest than what they provide in calories, making for a negative caloric intake. Skeptoid’s Brian Dunning noted that the caloric content of food and how much energy the body spends burning calories are both testable claims so let’s test away.

We start by considering the Basal Metabolic Rate (BMR), which is how much energy a body at rest burns in a day. It’s essentially how many freebies you get. You can consume this amount of calories, remain sedentary, and your weight will hold steady.

A formula called the Revised Harris-Benedict Equation multiplies a person’s height, weight, and age by a separate constant then totals them all up with another constant. Dunning wrote that for a man who is 5-6 and weighs 150 pounds, it would look like this:

In this scenario, our hypothetical test subject has a BMR of 1,607 calories. Those are his freebies. If he engages in a small amount of activity, such as walking to the post office or wherever people walk to in these days of dwindling post offices, we multiply his BMR by 1.2. Moderate activity such as jumping jacks and chopping wood would necessitate multiplying the BMR by 1.55. Strenuous activity such as sprinting uphill while carrying dumbbells means multiplying the BMR by 1.725. This would boost the number of calories he could take in without gaining weight to nearly 2,800, substantially more than the 1,600 he gets for lying on the couch.

Now we consider the thermic effect of food. This refers to metabolic rise needed to digest victuals. A resting metabolic rate when doing nothing beyond daydreaming is what we get we arrive at the BMR of 1,607 calories. But when someone begins digesting food, that rate rises.

Thermic effects differ based on the food and the person. Fat digests easily, and thus has a low thermic effect and lots of calories. At the opposite end of the spectrum we find high-protein foods. These need to be broken down into amino acids in order to be digested and this requires energy. Similarly, foods containing complex carbohydrates and fiber make the body work harder to reduce them into the needed building blocks. The energy required to perform these processing tasks varies by person, with obesity and insulin resistance the biggest factors.

Put all this together and we will see that under specific conditions, negative calorie foods can exist. Someone who is slender and with low insulin resistance might get negative calories from celery consumption. The food is mostly water and the few calories come from fiber, the unraveling and digesting of which produces high thermic effects.

But only a few foods function as negative calorie ones. Further, this only works for the slimmest, healthiest people. For those at normal or above normal weights, celery would likely not be a negative calorie food and, even if it were, a steady intake of the fibrous green veggie would make for a poor diet lacking in nutrients. It is also not very satiating or tasty, to say nothing of how hard it would be to stick to.