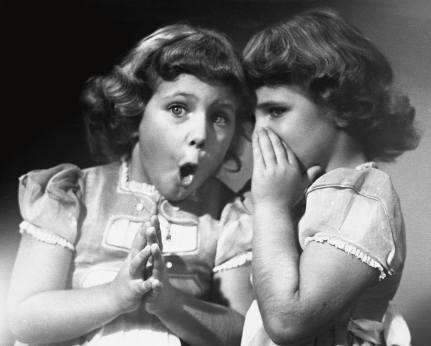 Want to know a secret? You can have whatever you want just by thinking about it happily enough. However, steer clear of negative or scary thoughts, which can cause things you fear to happen. Actually, this isn’t so much as secret as is THE Secret, a movie and book by Rhonda Byrne.

Her premise entails more than suggesting that positive thinking can be one tool in a kit that helps foster desirable results. Byrne claims that wishing for something in a specific manner (which she sells) will have a causal effect. Do it well enough and stage four cancer patients can have the disease cured on the day they win the lottery.

This is accompanied by evidence-free claims that The Secret has been known and utilized by many great persons. The list reads like a casting call put out for history’s most forward thinkers and accomplished geniuses. We’re talking Buddha, Aristotle, Plato, Sir Isaac Newton, Martin Luther King Jr., Thomas Edison, Albert Einstein, Winston Churchill, Andrew Carnegie, Alexander Graham Bell, and Ludwig von Beethoven. Curiously, none of these persons ever made reference to the exponential power of positive thinking. Maybe they were really good at keeping The Secret.

While a positive outlook and the search for silver linings can be of some benefit, the same cannot be said for The Secret’s insistence that people’s thoughts are responsible for bad things that happen to them. Anyone victimized by rape, tornadoes, drunk drivers, or childhood leukemia could have avoided this fate by adjusting their thought patterns.

That’s not the way it’s presented in the book or the movie, but neither is it a strawman. It is taking the idea’s philosophy to its conclusion.

Many persons have a romantic, wistful image about things from ancient days, which is one reason Byrne references Buddha, Aristotle, and Plato. People also like easy answers, even if they come at $179 a pop. They also like to feel in control. Put all this together, and one arrives at The Secret.

While it uses the appeal to antiquity, The Secret also employs that logical fallacy’s opposite number, the appeal to novelty. Byrne claims to be on the cutting edge of science by stating that quantum physics explains The Secret via the Law of Attraction. This can sound reasonable to a lay person, especially one who wants to believe, since attraction sounds like magnetism, which is a genuine phenomenon.

However, Byrne asserts that thoughts have energy and that similar energies are attracted to each other. These feelings are said to flow from the thinker in the form of magnetic energy waves, which force the universe around the thinker to vibrate at the same energy level as their feelings. That is not a genuine phenomenon, but genuine gobbledygook. Further, it has no relevance to quantum physics, which is the attempt to describe what goes on at the atomic and subatomic levels.

Common sense should come into play here. If one has no way to pay the rent that’s due in three weeks, sitting around envisioning money falling into one’s lap is a much worse way to spend precious time than applying for jobs.
There is a grain of truth to the idea that thoughts can influence behavior and actions. But there is no such grain associated with the idea of metaphysical entities existing for our access and manipulation.