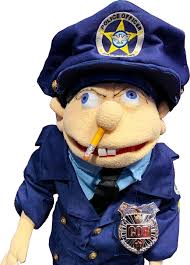 Scientific Content Analysis, called SCAN, is touted by proponents as a tool to identify deception. Law enforcement has used his method on suspects for decades, even though there’s no reliable science behind it, despite the name.

An article by Ken Armstrong and Christian Sheckler shone a light on this technique which is little-known outside of interrogation rooms. They pair recounted the story or Ricky Joyner, currently incarcerated on a murder conviction.

Police asked Joyner to fill out a questionnaire regarding the disappearance of Elkhart, Ind., woman, Sandra Hernandez. Remembering what they had learned in SCAN classes, detectives noticed Joyner refrained from using first person pronouns, writing, as one example, “Went home,” instead of, “I went home.” Or that a reference to his love interest was scribbled down as “a girlfriend,” instead of “my girlfriend.”

What would seem to most people to be innocuous was considered signs of guilty by police. Offices also found it suspicious that Joyner’s handwriting was larger and more spread out in the answer’s last two lines than in the previous seven. This can happen when one gets tired from writing nine pages, as Joyner had done, but in SCAN logic, this was indication the author was a murderer. When police asked Joyner why they should believe him, he wrote, “I have nothing to hide.” Detectives thought this was a big deal since he failed to declare explicitly state, “I didn’t do it.”

Suspects like Joyner fill out a statement that SCAN investigators peruse for signs of deception. They focus on pronouns used, inconsistent vocabulary, what has been omitted, and how much of a suspect’s statement focuses on what happened before, during, and after an event.

Indications of truthfulness are considered to be: Using the past tense; using first-person singular; and direct denials, the best being: “I did not do it.” Signs of deception include lack of memory, spontaneous corrections, and using two different words to convey the same meanings, such as writing “angry” at one point, then “mad” later.

SCAN founder Vinoam Sapir demonstrated on television how the techniques are supposed to work by analyzing some famous examples. He looked at the FBI investigation into the Trump campaign. Sapir told the interviewer: “The report says, ‘whether,’ and not ‘whether or not.’ By the omission of ‘or not’ it seems that the FBI was already concentrating on only one option.” However, the use of “or not” would be redundant, so Sapir is engaging in wild speculation, besides being linguistically mistaken.

He also touched on Anita Hill’s testimony, pouncing on the fact that she said, “I had a normal social life with other men outside of the office.” Sapir arrived at this conclusion: “There is only a certain group in society that can label themselves as normal, and that is people who were labeled abnormal before.” Also a red flag, he continued, was that Hill referred to herself as an “individual” and “a person.” This assertion of her humanity was considered odd by Sapir. “Anita Hill never called herself a woman,” he gleefully noted, said, and suggested this meant she had issues with her sexual identity.

In another high-profile example from the early 1990s, Sapir recalled how Connie Chung had asked Magic Johnson about whether he was gay or bisexual. Johnson replied, “I’m not gay,” Sapir interpreted to mean that the Hall of Fame point guard was bisexual. But Johnson Had been presented artificially-limited choices. Had Chung added heterosexual to her probing of Johnson’s sexuality, Sapir’s deduction might have had more validity, but even then, wouldn’t be as certain as he is implying.

For all of Sapir’s certainty, there is nothing scientific behind SCAN despite that word appearing in its name. Five studies have shown that the techniques work no better than chance when determining if a statement is true or deceptive.

Psychology professor Aldert Vrij co-authored the most recent of these five papers and has published hundreds of pieces on verbal and nonverbal cues to deception.

He also led a study that included 61 volunteers split into three groups. In this experiment, one group consisted of members who committed a mock theft of a statistics exam from a departmental mailbox, then lied about everything they had done that day in written statements. A second group comprised members who stole the exam but lied only about the paper pilfering, and not about anything else. The third group were subjects who stole nothing and were truthful in all their answers.

Interrogators analyzed the resulting statements using SCAN criteria. Their results failed to show any distinction between the three groups. “In sum, no support for the use of SCAN was found in the experiment,” the authors concluded. Vrij also faulted SCAN for its lack of standardization, noting that the criteria that is considered most relevant varies by interrogator.

I decided be an interrogator myself and use SCAN techniques on a section of Sapir’s home page from what appears to be from Gopher era website.

Sapir gave this synopsis of how SCAN is supposed to work:
1. Give the subject a pen and paper.
2. Ask the subject to write down his/her version of what happened.
3. Analyze the statement and solve the case.

Here is my analysis of Sapir’s analysis:

1. By failing to include ‘a’ or any other qualifier before paper, Sapir shows he is afraid of commitment, never telling us how many sheets are needed.

2. Sapir instructs the person to ‘ask’ the subject something. He should have instead wrote, ‘Have the subject write down…,” since interrogators are not asking questions, but requesting a statement. This indicates Sapir is evasive with regard to his intent.

3. The entire point is to analyze and solve, so this is a superfluous and points to egomaniacal behavior.