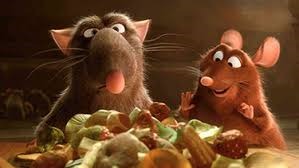 I understand how a person could be misled by the contents of an inaccurate TV news health segment or a Friend’s Facebook link. There are many demands on our time and society offers information in quickly-digested nuggets.

That’s part of the explanation for how long-discredited ideas can refuse to be extinguished. Even when an idea if publicly and repeatedly refuted, such an Andrew Wakefield’s vaccine-autism link, the claim can still find life in extremist circles. Another example still making the rounds is a study in the journal Food and Chemical Toxicology by molecular biologist Gilles-Eric Séralini. He concluded there was a clear link between consumption of genetically modified corn and cancer in rats.

If one only had time to a glance at the headline or to skim a few paragraphs from an article, a person might well believe this. Compounding the problem is that such stories aren’t always limited to unscientific sources like Joseph Mercola, Food Babe, and Modern Alternative Mama. The mainstream press can also be taken in, the result of both a race for readers and a scientific illiteracy among journalists that is a microcosm of the culture.

As to the specifics of Séralini’s study, he used 100 male and 100 female rats that were divided into groups. Some were fed various amounts of GMO corn, either zero, 11, 22, or 33 percent of their diet, with the rest of their food being standard lab rat fare. Another group was fed GMO corn plus had RoundUp added to their water. Séralini’s study was redacted after heavy criticism from regulatory agencies and scientific bodies, then republished by Environmental Sciences Europe even though no further review of it had been done.

When Séralini announced his findings, he sent a press release that contained an unusual stipulation. Reporters could only see the study if they agreed to not confer with other scientists until this embargo was lifted. This preempted any criticism and eliminated any chance of balanced treatment. This was a red flag with an especially strong scarlet hue. Someone doing genuine science seeks scrutiny, not security.

Augmenting this strange request were shouts of alarm from the researcher, which is almost always a giveaway that the findings are based on an agenda, not analysis. Séralini also released a book and documentary in conjunction with the press conference, two more suggestions that his motivations were name recognition and financial gain.

At the conference, Séralini also circulated photos of treated rats with large tumors. As Science Based Medicine pointed out, “It is standard practice in such studies to establish an endpoint, such as tumor number and size, at which point the animal will be euthanized.” SBM suspects Séralini allowed the tumors to grow in order “to have the intended effect on public opinion.”

Of course, one could self-promote, make a buck, and even treat animals unethically and still produce sound results. It would be a genetic fallacy to dismiss Séralini’s findings only because of the source and its sense of self-importance. Rather, we must look at the substance. And in so doing, we find several problems with the study. Dr. Steven Novella highlighted some of these, which include:

Because of such deficiencies, the article was redacted. Anti-GMO groups were quick to insist this was a cover-up, but peer review is about more than releasing information, it is also about further testing and investigation.

Novella also noted the issue with publishing preliminary research. Studies such as Séralini’s should only be meant to be an indicator of what further research may confirm. Most journalists won’t understand the difference between a preliminary research finding and a confirmatory one. Throw into the mix an emotional issue and an embargo to prevent balance and one arrives at this headline from a French newspaper: “Yes, GMOs are poison!”

But let’s examine what the newspaper would have found if it had dug deeper and performed real journalism. For starters, the Sprague-Dawley strain of rats Séralini used have a two-year lifespan and are always at high risk of cancer. Three out of four of these rats develop cancer under normal conditions, and this study covered the normal lifespan for this strain.

Second, even if Seralini’s findings resulted from sound research, they would be an outlier. Scientists at the University of Nottingham reviewed 24 long-term studies and found that none of them concluded that consuming GM foods put rats at increased risk. Anti-GMO groups highlighting Séralini’s result is what science journalist Andrew Revkin dubbed the “single-study syndrome,” where anomalous results are heralded if they fit the desired narrative.

The response from the anti-GMO, pro-Séralini camps consisted almost entirely of logical fallacies. Pop quiz time, critical thinkers. See if you can identify the fallacy used in these instances:

The following are from Holistic Health Living:

Séralini was afforded the chance to publicly defend his research in a debate with University of Florida horticulturist Kevin Folta, but he withdrew two weeks before the event on the flimsy pretense that Folta was not a toxicologist. That is another example of committing a genetic fallacy, though mostly it’s just being a wuss.