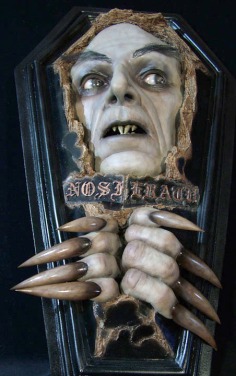 One day when I was seven, I painted my nails. My reason for doing so was that I was seven. It seemed harmless enough until I realized it wouldn’t just wipe off like mud or magic markers. I spent a few mortified days venturing outside only when necessary and, even then, with hands in pocket.

Were this to happen today, the dangers according to some would be more serious than embarrassment and self-imposed social withdrawal. There is hardly any area of life so trivial as to be immune from fear-mongering and pseudoscience and today we’ll look at how this applies to nail polish.

Most of this stems from the results of a study conducted by the Environmental Working Group and Duke University. The finding highlighted for alarm was that within 12 hours of polish use, subjects experienced a six-fold increase in their bodies of an endocrine system disruptor.

This tidbit seems disturbing taken by itself. The endocrine system controls metabolism, growth, tissue function, reproduction, sleep, and mood, so screwing with it would seem a steep price for slapping on some Max Factor Glossfinity.

Seizing on this, Healthy Holistic Living fumed, “This is particularly harmful to the young girls who use nail polish regularly since healthy hormonal development is an essential part of their growth.”

They also drew attention to most polish containing formaldehyde and toluene, which they say can produce asthma and impede childhood development, respectively. Similarly, Joseph Mercola objected to the presence of dibutyl phthalate. He wrote, “This is known to cause lifelong reproductive impairments in male rats, and has been shown to damage the testes, prostate gland, epididymis, penis, and seminal vesicles in animals.”

But these are blanket statements that fail to consider the chemicals’ dose, concentration, form, or use. Mercola’s words are horrible news for male rodent test subjects exposed to large doses, but none of these criteria apply to your typical Claire’s shopper.

The most demonized chemical in the Environmental Working Group study was triphenyl phosphate (TPhP), which indeed can mess with someone’s endocrine system. However, this is only in large amounts, such as what was endured by zebrafish who were made to swim in water heavy with it during one experiment, or rats who were fed large amounts daily in another study.

More fear-mongering from Holistic Health Living came in the form of this ad populum: “In Europe, more than 1,300 chemicals are banned from personal care products, compared to the U.S. where just 11 are banned.” This is made to make readers think that their medicine cabinets and vanity tables are hazardous waste sites. But governments and regulatory agencies pass laws and impose regulation based on misinformation or corrupt lobbying all the time. Banning ingredients should be the result of experiments and double blind studies, not something done because everyone else is doing it.

The logical fallacy train rolls ahead with more chemophobia: “The average U.S. woman uses 12 personal care products or cosmetics a day, containing 168 different chemicals.” Chemicals are in literally everything and the idea that they are inherently dangerous is a folly that pseudoscientists and fear-mongers get away with because large swaths of the population are unfamiliar with basic chemistry.

That’s how we end up with this quote from EWG Executive Director Heather White: “The conclusion is inescapable. Any girl who paints her nails stands a chance of coming into contact with a potential hormone disruptor. The federal laws meant to regulate toxic chemicals in cosmetics and other consumer products are broken.”

There are no toxic chemicals, as toxicity is determined by dosage. Some have higher thresholds than others, but the chemicals that pseudoscientists rail against are usually found in tiny doses in food and clothing, including those that tailored to the Natural News and David Avocado Wolfe crowds.

Challenging White for most hyperbolic warning is Mercola, who freaks out thusly: “Chronic exposure to toluene is linked to anemia, lowered blood cell count, liver or kidney damage, and may affect a developing fetus.” This is true, but chronic exposure occurs when auto repair and construction workers use products containing concentrated toluene for days at a time without wearing a protective mask. It’s not happening when a tween tries Revlon hot pink for the first time.

But people who read the likes of Mercoala don’t understand this. That’s why Deepak Chopra sidekick Kimberly Snyder goes unchallenged when she blogs, “Toluene is used to manufacture paints, rubber, gasoline, airplane glue, and shoe polish. I’m pretty sure people wouldn’t smear this all over their skin, but when you apply it as an ingredient in finger polish, that’s exactly what you’re doing! Effects include vertigo, coma, seizures, cerebral degeneration, decreased cognition, and blindness.” What good is that nifty new neon orange on your nails if you can’t see it?

The detractors’ primary accusation contains a grain of truth, as TPhP levels will rise sixfold in the body 12 hours after use. Left out of this is how minuscule the amount is even after this sextupling, and what happens after another 12 hours.

While TPhP is commonly employed as a fire retardant, Schoon said it is used in much smaller doses when incorporated in nail polish, where it is used to give the polish flexibility and make it easy to apply.

Another scary tale was spread by veteran chemophobe Food Babe, who targeted D&C nail polish for including ingredients derived from coal tar. This is technically correct but outrageously incomplete. The derived product is added to other chemicals, changing its molecular structure and properties. The resulting product is then tested by the company for safety and subjected to FDA approval. But Food Babe knows her scientifically-challenged audience will interpret her words to think they are smearing coal tar on themselves. Bad Science Debunked pointed out the nail polish Food Babe sells contains the same extract she terrifies her customers with, but the focus here is on her claims rather than her hypocrisy, so let’s look at what she said.

She conducted an “experiment” in which she applied her nail polish and some D&C to a Styrofoam plate. The rival’s polish ate through the plate while Food Babe’s did not. She gleefully held up both plates, satisfied that she had Nailed It, so to speak.

But this happened because most nail polishes, including D&C, have a solvent that helps keep the polish in liquid form until is applied. Once it is put on, the solvent evaporates, leaving a solid film of color on the nails. Food Babe’s polish does not contain this solvent, which probably makes for a less efficient polish and certainly does nothing for safety.

Styrofoam is 95 percent air and a small amount of a polymer called polystyrene. The plates have little substance to begin with and polystyrene is soluble in nail polish solvents. This allows the solvents to dissolve the polystyrene strands and for air to escape. Therefore, the result of this experiment is not the “melting” that Food Babe described. The only thing it proved was that if one had the bizarre inclination to apply most nail polish to Styrofoam plates, the results would be deleterious. But it is safe to apply it to nails, as they are not mass-produced temporary dishware.

By the way, after about a week I was able to find some nail polish remover at my grandmother’s house and end my gender bender ordeal. I could once again play hide-and-seek without fear of ridicule. Then again, Snyder said the remover left me vulnerable to kidney failure.