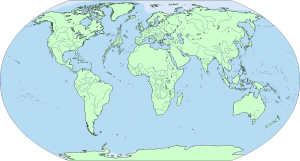 Atlantis is a make-believe continent that sunk after a doomsday combination of earthquakes and floods. It originated in the mind of Plato, who wrote about it in his tales “Timaeus” and “Critias.” It was part of a discussion of utopian societies, similar to Candide, and Plato was no more describing real events than was Voltaire.

Shakespeare used real places, but was unconcerned with geographic accuracy. He might have an Army reaching its destination in an unrealistic amount of time or an inland city with a coastal view. Where it was mattered not near as much as what was happening. It was the same thing with Plato’s tales. University of Arizona philosophy professor Julia Annas has said persons who read Plato and are inspired to scour the seabed are missing the author’s intent.

There are no records in Greece referencing a battle between Atlantis and Athens, which Plato had raging 8,000 years before he described it. While most persons asserting an authentic Atlantis paint it as ideal and greatly advanced, Plato described its inhabitants as vain and warlike. This is a relatively minor alteration compared to other changes made by those who try and make Atlantis fit their description.

Several locations for Atlantis have been offered, many of them outside the Atlantic, which requires taking Plato’s tale literally except for the most prominent detail. Some even find the Earthbound hypotheses too restricting and embrace the idea that Atlantis residents were aliens who sunk the island with futuristic technology gone awry or through a nuclear civil war. Atlantis residents have been credited with the primitive (cave paintings) and the advanced (airplanes centuries before the Wright Brothers).

Some refused to accept the idea that a utopian society vanished, and insisted tangents of it survived. Ignatius Donnelly wrote a 19th century book that suggested Atlantis refugees sired the Egyptian, Mayan, and Irish civilizations. Crediting Atlanteans with teaching Egyptians and Mayans how to write and build pyramids requires ignoring those civilizations’ gradual development, and their different alphabets and architecture. The idea that Mayans (and Aztecs) were of Atlantean descent began when Europeans encountered them, fueling both apocalyptic and utopian ideas.

Multifaceted psychic Edgar Cayce reported a vision that Atlantis had been situated on Bimini in the Caribbean and was doomed by some type of out-of-control fire crystals. Some hold that these crystals still misfire, sinking ships and aircraft in the Bermuda Triangle.

The notion that a large land mass had sunk was disproven by continental drift and plate tectonics. Additionally, sonar has revealed nothing as big as Australia (or even Tasmania) on the Atlantic Ocean floor. Furthermore, Plato’s tale had the war raging in 9000 BCE, much further back than any of the evidence ever uncovered for civilization in the Mediterranean Basin.

So keeping Atlantis in the Atlantic became even more problematic and the idea that it had been a real place became even fainter. Filling the void was Charles Berlitz, who penned a book on Atlantis, completing his trite trilogy that also included works on Noah’s Ark and the Bermuda Triangle.

The legend of the Lost Continent continues to adapt and works continue to be churned out. There is an Atlantipedia website and this millennium has seen at least three books dedicated to the premise that Atlantis was real.

Andrew Collins posits that a Phoenician colony in Iberia had contact with ancient American civilizations. Their combined efforts becoming Atlantis, located near Cuba. He considers many similar creation myths from Europe, Africa, and America as proof. This appeal to ignorance is the same tactic used by proponents of ancient aliens, Zermatism, and creationism. They insist that a motif of somewhat similar stories across different times and cultures prove their case. Tales like the ones they cite speak to man’s fondness for literature, adventure, and romantic ideas, but nothing more.

Perhaps the most wildly speculative of the contemporary authors is Herbie Brennan. From his work:

“The sudden appearance of five centers of civilization about 5500 years ago indicates an invasion from space.”

“Generally it is assumed that gods were invented by humans about 5600 years ago.”

Those two ideas lead to this one: “The conclusion is obvious: the Atlanteans were gods.”

Some try to bolster the Atlantis case by pointing out that 19th Century archeologist Heinrich Schliemann found Troy, which Homer had written about. The crucial difference is that the ruins of Troy were where Homer described the ancient city as being. Troy was also part of Greek culture and art, whereas Grecian references to Atlantis began and ended with Plato.

In 1969, seismologist Angelos Galanopoulos proposed that Atlantis was the island Thera, which experienced a volcanic eruption in 1500 BCE. However, Galanopoulos had to argue that a zero had been erroneously added and that the lost continent had sunk just 800 years before Plato spun his tale. Galanopoulos had to change the definition of Atlantis to prove it existed. He also failed to explain why Plato would change the name of the location when he was said to be relating a historic event.

Besides the date, the location is another distinction that must be altered to make Atlantis into a real place. Plato’s description was “outside the Mediterranean at a distant point in the Atlantic Ocean.”

Like any utopia, racists have gotten involved. Most Atlantis proponents fudge on dates or locations, but it was the character of its citizens that Helena Blavatsky altered to fit her views. She considered Atlanteans to be the fourth in a series of gradually ascending races that continued to until the perfect race, hers.

Atlantis continues to captivate people’s imaginations because it offers hope that lost ideals or untapped human potential will someday be uncovered. It’s not the masonry blocks that fascinate, it’s the advanced nature and ability of the persons who laid them. It appeals not to those interested in Pompeii and Angor Wat, but to those enthralled by UFOs and angels.

Like Bigfoot, ghosts, and ESP, skeptics can’t prove Atlantis doesn’t exist. But until a submerged continent with ruins suggesting a greatly advanced, seafaring civilization from 10,000 years ago is found in the Atlantic, the onus is on the other side.