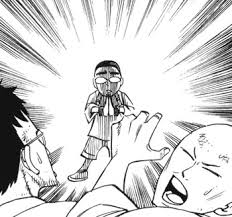 An aura is an alleged color outline emanating from an object. Those detecting auras use them to determine illnesses, personality, feelings, and psychological states. If you wanted them to, I’m sure they could also determine your abilities at fishing and casserole cooking.

While the aura concept is less than 200 years old, it is somewhat similar to the halos referenced in monotheistic religions like Christianity, Islam, and Zoroastrianism. Meanwhile, the ability to detect them is akin to the Third Eye in Hindu teachings. Buddhists and Jains have similar ideas in less concrete form.

Aura schools of thought teach that every living creature has one, and some have cashed in by reading pet auras. Mostly, however, the field focuses on auras emanating from people. Conspicuously lacking in the field is self-diagnosis. A person seeing their own aura would presumably know precisely what their strengths are, how to capitalize on them, and on what areas to strengthen. Then again, there’s no money in that.

Most readers are either fraudulent or self-deluded. But seeming colors can result from migraines, epilepsy, and after-images. They may also be due to a host of psychological, neurological, and optical reasons. And LSD will certainly do the trick.

There are conflicting ideas about who can see them. Aura readers maintain the field is forever off limits to all except a psychic few. Those who sell Aura Goggles and Kirlian photography equipment insist their products allow anyone to develop the ability. Aura training exercises usually begin with the student staring at an object against a white background in a dimly lit room. Eventually blurred spots will emerge. This is due to retinal fatigue, but a person unaware of this will be excited by their newfound powers.

Psychics assign different meanings to specific colors. There are as many color meanings as there are aura readers. For maximum confusion, we have Robert Bruce, who insists that the auras themselves have colors.

Our bodies do give off heat detectable at the infrared range, and we are surrounded by thermal, electromagnetic, and electrostatic fields. But none of these are consistent with auras described by readers. If psychics could see them, there would not be such a variety of diagnoses.

This lack of consensus on color meaning prevents empirical testing. However, individuals have been examined under controlled conditions and none has performed better than chance. The largest test even undertaken had nearly 1,500 subjects and the control group performed better than the psychics.

The Berkeley Psychic Institute sent what it considered its top aura reader to be tested, with James Randi offering $10,000 if the ability could be demonstrated on a television show. Rarely does a paranormal claimant agree to be tested under controlled conditions, especially on TV, so this indicates the reader genuinely believed in her ability.

Twenty persons were placed behind partitions and she assigned an aura to each of them. She added she could see the auras extending above the partitions. The reader left the room, after which two-thirds of the subjects exited the stage. Back in the room, the psychic said she detected an aura behind each partition, even though only one-third of the subjects were still there. This was either massive failure or the advent of partition aura detection.

Similar tests have placed people in a dark room, with the psychic being asked how many auras could be observed. Only chance results have ever been attained. Not coincidentally, Bruce now insists that auras can only be seen if the person is visible to the reader.