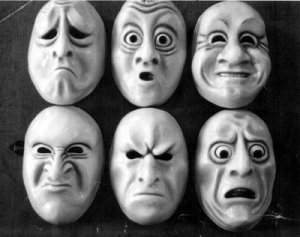 This is an issue because the assessment is based not on controlled experiments and data, but on Carl Jung’s untested ideas and some tweaking that Isabel Briggs made using her intution. Scientists rely on controlled studies, not their hunches and memories, so that self-deception is eliminated, and to keep them from shoehorning data into a pet theory.

Respondents are assigned one of 16 personality types based on answers to a series of hypothetical situations. Next to not being based on data, the biggest downfall of Myers-Briggs is its ignoring of people’s complexities. The test assumes we are all-or-nothing in each category. No one is always totally introverted or extroverted. Everyone is going to fit somewhere between the two extremes. But in Myers-Briggs, someone who scores 51 percent introverted is considered 100 percent withdrawn. Also, this person, and someone 49 percent introverted, will be placed at opposite ends of the spectrum.

Another issue is with how many of the questions are phrased. They use absolute terms, such as always, every, and never. This allows for none of the wiggle room in which we live. The results are also contingent with how self-aware a person is. The responses are who you think you are, which may not jibe with reality.

Still another problem is that answers can be based on how one is feeling that day, or on recent events. Tests have shown that between 39 and 76 percent of respondents get a different result the second time they take the test, even if just a few weeks later. A test using sound science and statistics would produce results much more consistent than these.

Still, the ideas are general enough that the descriptions will apply, at least partially, to almost everyone. That means the results seem to score a hit, owing to the Forer Effect.

Despite these limitations, I decided to tackle the test. Here is a sampling of the hypothetical situations, along with my thoughts on them.

• YOU CAN EASILY READ BETWEEN THE LINES AND GET WHAT SOMEONE IS SAYING. If you missed what someone was trying to say, how would you know what they were trying to say?

• EMOTIONAL MOVIES CAN EASILY MAKE YOU SAD. If you find it emotional, of course it’s making you sad. Unless it’s a horror movie, in which case the emotion is fear. So I don’t really know how to answer this.

• YOU CAN BE INDECISIVE. That may or may not be true.

• YOUR MOOD CAN CHANGE VERY QUICKLY. What the hell is that supposed to mean?

• YOU ARE RATHER IMPATIENT. Coming on the fifth page of this test, you bet.

At the end, I got a notice that results will be e-mailed to me for a price. I have mixed emotions about this, as my personality type is prone to instant gratification, as well as being cheap.