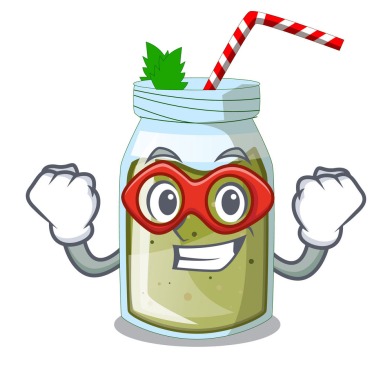 There are any number of delicious, nutritious fruit drinks available, the most ubiquitous being a breakfast staple squeezed from oranges. There is also grape juice, apple juice, and similar citrus choices.

But what marketers call super-fruit juices claim their products are loaded with antioxidants, which fight the free radicals that cause aging. Briefly, free radicals are molecules with an unpaired electron, a distinction allows them to cling to a good molecule and oxidize it. This equates to an attack on a cell and leads to age-related diseases.

Antioxidants, then, are touted as allies in our battle for better health. However, the oxidation caused by free radicals also comes with benefits, such as converting fat into energy and attacking harmful bacteria.

Sketoid’s Brian Dunning noted that since disease-fighting is one of the keystone features of medicine, there have been decades of rigorous research into antioxidants. If we condensed what could literally be a mountain of papers into one sentence, we would arrive at this: A certain level of antioxidants is good, but too much is bad; more significantly, the source of the antioxidant is more important than the amount.

Dunning wrote that the “primary phytochemicals that deliver antioxidants to the body are vitamin C, vitamin E, and beta-carotene. For the super-fruit juices to fulfill their claims, they would have to contain large amounts of these vitamins.”

We have long known that regular consumption of fruits and vegetables lowers the risk of cardiovascular disease and some cancers. But as to whether supplementing fruits and veggies with antioxidants is of added benefit, the research so far shows a negligible impact at best and a detriment at worst.

Dunning noted that the American Heart Association evaluated five studies of putative super-fruit juices for their ability to combat cardiovascular disease. Of the five studies, two showed the antioxidant increase yielded no difference, and three revealed a negative impact. But even if the antioxidant overload were beneficial, the amount their products contain is exaggerated by super-fruit aficionados.

The Australian Consumers Association publication Choice studied every super-fruit juice it could find. Researchers tested them for total antioxidant capacity, a step conspicuously missed by those who sell the products and attach grand claims to them.

As a baseline, Choice measured the total antioxidant capacity of a Delicious apple. Juices from alleged super-fruits such as goji, mangosteen, noni, and açai all had from between nine to 34 percent of the antioxidant content that an apple did.

Fruits that are common – and therefore less exciting to the alternative medicine crowd – like oranges, strawberries, and blueberries contained more antioxidants than the apple.

Yet super-fruit marketers assert that a goji has 10 times the antioxidant capacity as an apple, an açai six times as much, and so on. And this is true, as it relates to the fruit. But most of those antioxidants are in the rind. Once a goji is converted to a juice, it goes from having about 10 times as many antioxidants as an apple to about one-tenth as much. So if wanting antioxidants, go with the fruit, not the juice. But also remember that an anti-oxidant overdose will create more health issues than it eliminates.

An apple a day won’t necessarily keep the doctor away. But chomping a Granny Smith or Honeycrisp is better for your physical and fiscal health than chugging a liquefied gumbo of gogi, noni, and açai berries.