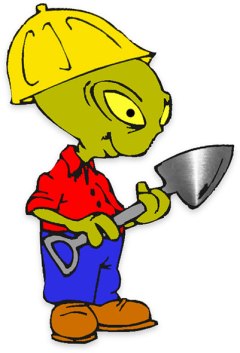 I went to Zambia without going to Victoria Falls, to Cambodia without going to Angor Wat, and to Monaco without going to Monte Carlo. In one sense, this means that I am an independent traveler who brazenly goes where other dare not. In another more accurate sense, it means I travel as cheap as possible. Get me the lowest airfare and closest hostel to the airport and I’m good. My favorite part of being to in any foreign country is being there.

My oxymoronic habit of traveling to far-flung places, then venturing as little as possible when I get there, also took place during my lone trip to South America. While others may go out of state for a long weekend, I went off the continent and landed in Lima, Peru. The hostel manager expressed surprise that I would not be going onto Machu Picchu, which is where most of his guests end up.

I was content to stay within a two square miles of the hostel, venturing only far enough to visit a supermarket, soccer fields, and roadside stands. There was one exception, when I made my way to an ancient site once populated by Limans, an ancient people that predated the more well-known Macchu Pichuu folks. Another site I failed to visit was an ancient Andean structure called Puma Punku, a temple complex which comprises a series of monolithic stone structures near Tiwanaku on the Peru/Bolivian border.

While popular, the area is more beloved by paranormal enthusiasts then tourists. The Puma Punku expanse is known for its massive stones that, despite their size, are cut and placed with such preciseness that a sheet of paper cannot be wedged in between. Some attribute this construction ability to ancient aliens, vacationing Atlanteans, or some group more interesting and supernatural then Pre-Columbian folks.

Those favoring this view sometimes claim Puma Punku stones weigh up to 440 tons. In truth, the largest weighs 144 tons, the second heaviest is 85 tons, and the third heaviest is much less than that. The vast majority of Puma Punku consists of relatively small and easily handled stones.

Still, there are a few stones which leave archeologists unsure how they were cut, moved, and assembled. But it is appealing to ignorance to claim that since we don’t know how they did, ancient aliens were responsible. Sketoid’s Brian Dunning noted that even-older works of the ancient Greeks and Persians rivaled what long-ago residents of Tiwanaku managed and no one is claiming mystical means were responsible for the Parthenon or the Mausoleum at Halicarnassus. And even if such an assertion were made, it is accompanied by no evidence bolstering the ancient alien angle. The same is true any otherworldly hypothesis for Puma Punku.

Dunning explained why we have trouble figuring out how they did it. “Most people don’t know how to intricately cut stones because those are skills we haven’t needed for a long time,” he wrote. “But this argument from ignorance — that just because we don’t know how to do it, nobody else could have figured it out either — is an insufficient explanation and deprives the creators of their credit.”

The Tiwanaku civilization and their use of these structures peaked around 1,100 years ago, so this leads to another Puma Punku feature that supposedly has archaeologists baffled. At the site, there are carved figures purported to be of a Cuvieronius, an extinct elephant-like beast, and a toxodon, a likewise-doomed hoofed mammal. As both critters last lived in the region around 15,000 years ago, some deduce Puma Punku is at least that old, and so, voilà, bygone extraterrestrials done did it.

However, the carving is actually of two Andean Condors facing each other. Their necks and crests could, especially if one wanted them to, resemble tusks and oversized Dumbo ears. Humans prefer pattern over randomness and when combined with a desire to bolster a pet cause, this can lead to seeing helicopters in Hieroglyphics, a Face of Mars, or Peruvian pachyderms.

One cannot prove it wasn’t ancient aliens, but the burden is on those making the claims, and so far no evidence has been presented. If ancient aliens did it, I admire their architecture and I am jealous of their extensive travel. As for me, I’m left with planning my no-Leaning-Tower trip to Pisa.