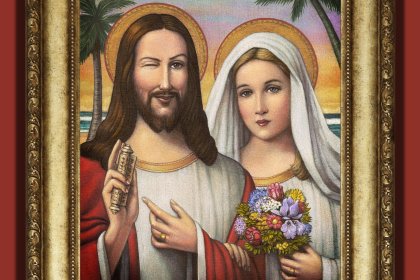 The Knights Templar were a Christian religious and military order active during the 12th and 13th Centuries. They have assumed mythical forms in fiction advertised as such and an even more fantastic veneer in fiction presented as fact. The former has manifested itself in The Da Vinci Code, Ivanhoe, Indiana Jones works, Assassins Creed video games, The Game of Thrones, and the writings of Maurice Druon and George R.R. Martin.

Meanwhile, a movement seeks to give the pseudohistory surrounding the Knights Templar a cloak of respectability by piggybacking on the aforementioned entertainments. On the History Channel and likeminded websites, order members are said to be responsible for Solomon’s buried treasure, the Holy Grail, the Shroud of Turin, Shakespeare’s lost works, the advent of Freemasons, and scribblings on Jesus’ tomb. They are also alleged to have made a sojourn in present-day Minnesota during the 11th Century. Along the way, they buried treasures off the Nova Scotian coast, which is the focal point of the television program, The Curse of Oak Island.

Turning off the History Channel and opening a history book, here’s what really happened. The Knights Templar were one of several Catholic military orders that lasted for about 200 years during the Middle Ages. In 1054, a chasm developed within Christianity, with those in the west forming what became the Roman Catholic Church and those in the east organizing the Eastern Orthodox Church. In time, the eastern Christians joined forces with Sunni Muslims in Turkey. Feeling threatened by this alliance, Pope Urban II convinced Byzantine Emperor Alexios to help him launch the first crusade in 1096, aiming to reunite Christianity under the papacy.

The effort, at first, was successful. The land that today comprises Turkey, Syria, Lebanon, Israel, and Jordan was divided into four states controlled by the Catholic Church. However, securing these new nations proved problematic, expensive, and logistically challenging. In order to combat these issues, the pope chartered the Knights Templar as a monastic order. Like other orders, the Knights Templar was a charitable organization through which wealthy Catholics could donate money and lands, enabling the order to become self-sustaining and largely autonomous.

Eventually, Crusade battles gave way to commerce, and the Knights, buoyed by the steady stream of lucrative donations, became merchants, entrepreneurs, bankers, and government officials. Their medieval origins, secrecy, rituals, symbols, and mystical dress, combined with their accumulation of wealth and power and relatively sudden demise made the Knights Templar ideal fodder for conspiracy theorists. There are two primary camps: One holds that the organization became the New World Order, the Illuminati, the Bilderbergers, the Bohemian Club, the Reptilians, or some such gaggle. The kinder, gentler version has these heroic, virtuous men and their furtive heirs protecting some of the Church’s most cherished relics, embarrassing secrets, and massive wealth.

Whichever of these narratives one favors, it is held than on Friday the 13th in October of 1307, Knights Templar members in Europe were executed at dawn to eliminate the debt owed to them by France’s King Phillip IV. A fortunate few escaped and kept with them the Templars’ valuable assets and hidden knowledge. Further, this knowledge has been passed down in a tightly-guarded secret that almost everyone knows about.

While King Philip IV was in deep debt to the Templars, his main motivation for the purge was to curtail the papacy’s powers. In 1302, Pope Clement had decreed that his was the only true religion and the sole path to Heaven. This was considered an insult and threat by non-Catholics, which included many French citizens, including the monarch. Also, several French officials were Knights Templar that were subject to Pope Clement’s influence. Philip therefore wanted to exorcise them and insert persons sympathetic to his crown.

However, the solution was not the kill ’em all approach of Templar mythology. First, Philip’s power stopped at France’s borders, so only those in his country were effected. Those in the rest of Europe or the Middle East were safe, for now. Second, Templar members in France were arrested, not executed, though some of them were tortured into saying they were heretics.

About a month after the roundup of undesirables, Clement felt pressured by King Philip’s collection of coerced confessions, so he issued a dictate that Christian monarchs in Europe were to arrest all the Knights Templar. To avoid this fate, the great majority of Templar members joined the Hospitallers or otherwise left the order. In the end, about three dozen recalcitrant Knights were killed, but this was three years later, not on a Friday the 13th bloodbath. Two years after that, Clement formally dissolved the Knights Templar by papal bull and transferred their ownings to the Hospitallers. The majority of the arrested Templars confessed heresy since this allowed them to be released, retain their property, and join other orders.

In conspiracy circles, the Templar members hoarded silk, bullion, spices, royal jewels, and other valuables. They also harbored secrets about Jesus having married Mary Magdalene and about descendants of this union. Another oft-repeated rumor is that the Knights Templar are hiding evidence of Jesus having never resurrected. A further tale has them finding the Holy Grail, which obviously wouldn’t be holy if he never rose from the dead. Other myths are that they became the Freemasons or that the modern hoax order called the Priory of Sion is actually millenniums older and its members were compatriots of the Knights Templar.

The final resting place for their riches is often said to be Oak Island, Canada. In an isolated accuracy, Templar treasure hunter Rick Lagina asks and answers this question: “Has there been a find on Oak Island that we can say is a definitive tie-in to the Templars? No.”

That has not stopped him and his brother from squeezing five seasons out of the premise of finding this nonexistent fortune. There is likewise nothing substantial to corroborate the other alleged aspects of the order.  As an example of how loose the evidence standards can be, consider the assertion that modern Templars run the world from Switzerland. The “proof” for this is that the Templar flag was similar to the current Swiss one, that the country was long associated with clandestine banking, and that Switzerland always manages to avoid wars that leave other countries and regions ravaged.

However, these disparate items can be explained without invoking a lost mystical sect. The two relevant flags are somewhat similar. The Swiss one is square with a white cross on a red background, while the Templars banner was a rectangle with five red crosses on a white background. But there are 31 other countries or autonomous regions whose flag incorporates a cross and most of these also feature  red and/or white. Similarly, many other orders and societies include the cross image and red and white colors on their flag. Yet only the Templar/Swiss connection is alleged; no one is accusing the Red Cross of clandestine malevolence in Tonga.

While Switzerland did become synonymous with anonymous banking, persons took advantage of this for tax reasons and to keep safe the proceedings from shady dealings. It would not follow that the Knights Templar, who per the legend already had this stuff safely ensconced, would stash their cinnamon and myrrh in Zurich safe deposit boxes.

Finally, neutrality was an outgrowth of continual European wars which the Swiss had been involved in and which necessitated forming an exhausting series of continually changing alliances. For example, in the French Revolutionary War, the Swiss served as bodyguards for French royals. Just six years later, the Napoleonic Wars saw France invade Switzerland and splinter the Old Swiss Confederacy, which had been a loose compact of small independent states.

Several centuries of this had left the Swiss weary and presumably confused. So during the Congress of Vienna in 1814, they floated the idea of having an official policy of neutrality and the other parties agreed. This neutrality began about 600 years after the Templars’ dissolution, so the idea that the Swiss no-war distinction has benefited the Knights requires embracing highly selective history and ignoring the total lack of evidence for the claim. But those challenges are easily overcome by those who want to believe the mythic tales. As National Geographic’s Becky Little put it, “The Knights Templar are more interesting as protectors of an ancient secret rather than single men who gave out loans.”