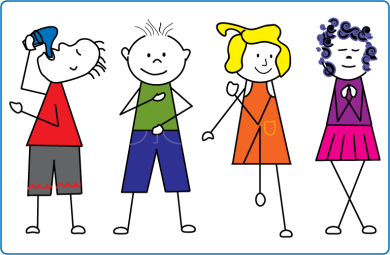 Our deepest ancestors came from the water and it has sustained life ever since. But can we ask even more of it?

Well, according to the folks at Brain Gym, drinking it in a particular manner can improve learning and increase mental agility. And it’s not just precise liquid consumption that can build cranial power.

The basic idea behind Brain Gym is that engaging in specific body movements can develop the brain and enhance learning. Techniques to accomplish this include crawling, drawing, rolling, swinging, bouncing balls, throwing beanbags, walking on beams, tracing symbols in the air, measured breathing, and gulping the aforementioned beverage in a particular way. All this will allegedly make learning more seamless and quick. Other benefits include playing sports more efficiently, having more drive, and being a jolly all around good chap.

Brain Gym was a 1970s creation by Dr. Paul Dennison his wife, Gail, and the couple borrowed heavily from the techniques of the applied kinesiology. This pseudoscience teaches that the diagnosis and treatment of disease can be achieved by testing muscles for strength and weakness. It is to muscles what the feet, eyes, and spine are to reflexology, iridology, and chiropractic, respectively. Applied kinesiology’s techniques are little more than employment of the ideomotor response, unconscious resistance or lack thereof, and applied pressure.

Brain Gym, then, takes applied kinesiology’s ideas and incorporates gyrations to  purportedly usher in sweeping mental benefits. There have been a few vanity and self-published studies on these claims, but there’s nothing in legitimate scientific literature to support them. Moreover, these assertions are chock full of pseudoscientific goodness, which happens when one invents words that sound scientific but are not, or where one misuses science terms.

For example, one of Brain Gym’s primary tenets is that the brain’s two hemispheres should be acting in coordination. It’s true that different parts of the brain must communicate with each other for proper brain function, so there’s the science. But from this, the Dennisons jump to unjustified conclusions by trying to marry this neurological basic with light aerobics and arriving at improved mental agility. This gets even more bizarre when it leads to claims such as yawning being able to improve eyesight.

More pseudoscience is seen in the description of what happens when fingers are pressed together: “This shifts electrical energy from the survival centers in the hindbrain to the reasoning centers in the midbrain and neocortex, thus activating hemispheric integration. Then the tongue pressing into the roof of the mouth stimulates the limbic system for emotional processing in concert with more refined reasoning in the frontal lobes.” There are several big, impressive sounding words there, but it’s unsubstantiated gobbledygook with no connection to learning.

Brain Gym holds that optimal brain function occurs only if motor skills are learned in proper sequence. It even deduces that if children are developmentally disabled, it may be because they walked before they crawled. Therefore, they conclude that the cure for mental retardation may be crawling exercises. This is offensive to the developmentally disabled, their families, and most decent folk. This offense would be irrelevant if the crawling technique worked, but there is no peer-reviewed literature anywhere to support this extraordinary claim. A similarly baseless claim is that reading difficulty stems from mixed cerebral dominance. For me, reading difficulties usually arise when I come across terms like mixed cerebral dominance.

The Brain Gym website’s FAQ calls the program “distinctive, as it addresses the physical rather than mental components of learning.” Distinctive, yes. Effective, no. Brain Gym activities may be fun, build camaraderie, and provide moderate exercise, but they are unrelated to improving one’s ability at reading, writing, or arithmetic.

The program also places value of “brain buttons,” which are described as points on the neck that, when touched in certain ways, will stimulate blood flow to the brain. This is akin to chiropractic meridians or new age healing chakras and have no biological basis.

Other joys are wiggling one’s ears to “stimulate the reticular formation of the brain” and rocking head back and forth to improve “comprehension and rational thinking.”

Despite starting in California, Brain Gym is mostly a UK phenomenon and the Guardian’s resident skeptic, Ben Goldacre, leads the charge against the program. He regularly fields e-mails from frustrated students, who find the techniques’ supposed benefits ludicrous.

“They’re actually taught that if one holds drinking water in the mouth for a few seconds, it will go through the roof of the mouth and be absorbed by the brain,” an exasperated Goldacre reports.

One thought on ““Brain on the water” (Brain Gym)”