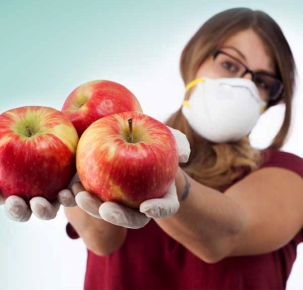 Today we will look at two examples from the past week that demonstrate how scientists and pseudoscientists react when presented with information they take issue with.

One example centers on a Snopes item about the possible dangers of glysophate, a common herbicide that is sold by Monsanto as RoundUp. Last week, Snopes author Alex Kasparak addressed a report being circulated by the Food Babe that warned of these dangers. At issue was whether glysophate residue was on food at unsafe levels, and whether this was being suppressed by Monsanto and federal regulators. Kasparak concluded the report was mix of fact and fiction, with the fact portion being based on a study that he cited in his post.

University of Florida horticulturist Kevin Folta contacted Kasparak and informed him that what Kasparak was calling a study was actually an activist flyer. Folta added that he had contrary information to what Snopes had published. Kasparak asked to see it, Folta obliged, and Kasparak changed him mind after seeing the evidence.

This evidence included showing that the numbers the Food Babe cited came from non-peer reviewed laboratory tests that were performed on various food items at the behest of anti-Monsanto activist groups. The lack of peer review was a substantial problem, but that by itself would not be enough to disprove claims such as this one: “The probable harm to human health begins at really low levels of exposure, at only 0.1 ppb of glyphosate. Many foods were found to have over 1,000 times this amount!”

Not many scientific journal articles contain exclamation points, so that was a good indicator of bias and shoddy research. If there are shouts of alarm associated with scientific announcements, they should come from those hearing them, not giving them. If results are announced with accompanying charges a cover-up or an insistence that the scientific establishment is afraid of this, it is a virtual certainty that the speaker is more interested in an agenda than in accuracy.

As to the level of exposure, the Genetic Literacy Project noted: “The statement about 0.1 ppb being the lower limit for harm to human health is deceptive and contradictory. It is deceptive because only one of the studies listed actually tested for an amount that low, and that test was performed on mice, not humans, and it used the word ‘potential’, not ‘probable.’ It is contradictory because, according to the lab they performed their analyses in, 0.1 ppb is well below the detection limit of their equipment of 5 ppb, meaning pretty much anything, even noise, would show dangerous levels of glyphosate by their definition.”

This is the type of information that Folta forwarded to Kasparak, causing him to change his mind and the Snopes piece.

For her counterpoint, the Food Babe shrieked that this was “proof of Monsanto and its cronies burying the story in order to appease the industry.” Being unable to fault the science or the journalism, she attacked the scientist and the journalist, a textbook ad hominem. And what the Food Babe labeled a conspiracy involving corporations, government agents, and henchmen was merely an exchange between two persons, Folta and Kasparak, who did everything via public Tweets.

The second example of science vs pseudoscience reactions centered on another slandered chemical, aspartame. This artificial sweetener was approved by the FDA in 1981 and was hit almost immediately with charges of being dangerous. What’s more, this hazard was being hushed up by usual corporate and government suspects. At first this demonization was in the form of chain letters and word of mouth. But then aspartame became the target of the first wide-ranging Internet smear campaign in 1996, when the pseudonymous Nancy Markle sent out a much-forwarded missive about its supposed dangers.

Those making a claim should never worry about it being challenged. If it is correct, it will survive the challenge and if it is wrong, the claimant will be enlightened.

Dr. Steven Novella questioned the conclusions of anti-aspartame activists, writing, “Multiple independent systematic reviews over decades have found no evidence linking aspartame to cancer or any serious illness. Aspartame is one of the most studied food additives that exists. The American Cancer Society, the European Food Safety Authority, and and other independent medical and scientific organizations have all come to the same conclusion.”

In the interest of balance, I present the counterargument of nutritionist Janet Starr Hull: “I will never accept the news of aspartame safety.”

To her, the lack of articles about aspartame danger is proof not of its safety, but of complicit journalists. The long run of studies indicating its innocuous nature is her evidence of scientific corruption. And its FDA approval is proof of the agency’s corroboration with malevolent corporations.

Hull came to this way of thinking when she became convinced that aspartame poisoning was responsible for her having contracted Grave’s Disease. Her website claims that “what works in nature can surely work in man,” never explaining how that would square with box jellyfish venom, mercury poisoning, and tornadoes. The website sells kits for detoxifying and pH balance, two notions that ironically are automatically taken care of by the nature she otherwise praises.

The latest manufactured controversy over aspartame is to claim that it has been given a stealthy name change to AminoSweet in order to keep the public in the dark.

However, AminoSweet is merely a brand name a Japanese company gave to aspartame. The FDA has no authority to regulate brand names and aspartame is still called aspartame. This was no attempt at a cover up any more than it was when other companies called aspartame NutraSweet or Equal. The patent on Aspartame has expired so different companies can manufacture it under whatever brand name they choose. Brand names are used because N-dimethylethylamine hydrochloride won’t fit on a label as easily as Benadryl will.

For a counterpoint on the brand name issue, I again to defer to Hull, who asked her readers, “Are YOU fooled?”

What the other side lacks in research and studies, they make up for in capital letters and exclamation points.