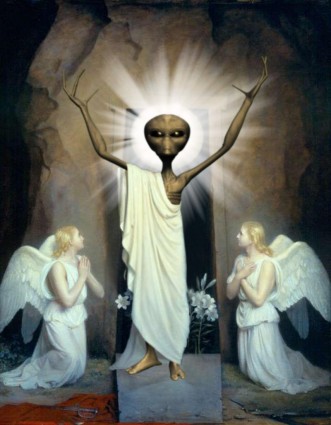 While there are reasons to question the accuracy of Marshall Summers’ writings, there’s no doubting his drive and determination in cranking them out. For nearly three dozen years, Summers has been busy relaying messages from angelic beings, and filled almost 10,000 pages with visions of doom and a possible escape hatch. Not since Joseph Smith’s heyday has someone been so voluminous in transcribing voices in their heads.

Summers writes of an impending vast darkness, which is contradicted by his having warned about this since 1982. His vague visions of unprecedented calamity are similar to missives from Nostradamus and in Revelation. It also resembles the conspiracy theories which tell of an ultimate disaster which takes place in an Eternal Tomorrow that is always on the cusp of happening yet never quite arrives. The central theme of Summers’ writings is that extreme negative change is imminent, owing to an outside threat, and humans need to prepare for it. After all, it won’t do much good for Summers to print books, press CDs, and make website advertising space available if no one is left to buy them.

For tax purposes, Summers operates under the banner of the Worldwide Community of People of the New Message from God. Summers seems to be alluding to the Biblical deity, using language like angels and creator, but he keeps it generic enough that adherents of other religions or an unspecified spirituality can buy into it as well. Extraterrestrial beings figure prominently in the writings and these beings work with governments, so he’s got the alien and conspiracy crowds covered as well.

In a typical message, Summers relates that we are “at a time of great change, conflict and upheaval,” which describes every period in history. Despite mirroring terrifying prophecies from other religions, Summers claims his is a new and improved doomsday since it includes aliens. He clarifies that only he receives these messages, so ignore any voices in your head you might be hearing.

An interviewer asked Summers how he knew the messages were genuine. He said his certainty of their legitimacy was the proof, a ridiculous non-answer. He offers an equally weak explanation for how others will know he’s revealing the truth, saying they need only to open themselves to the message and it will be revealed. When asked what it’s like receiving these messages, he could only feebly offer, “It can’t be described.” Likewise, when pressed for evidence of his claims, he said, “The evidence is all around us.”

He insinuates that no explanation will suffice for those who are doubtful, which is rubbish. If a satisfactory explication were made using sound science and it met the demands we ask of any other unsubstantiated claim; if he got his angelic presence on speed dial to help him with the James Randi Challenge; if he made a public series of specific predictions that consistently came true, he would win millions of new converts, including members of the skeptic community.

Instead, Summers expects his readers to unquestionably accept notions such as a species of advanced, enlightened aliens who wish to do us harm. Not ray-gun zapping or kidnapping for slave labor, but by being superficially cordial in hopes of gaining our allegiance for unspecified future plans that will increase their power.

Summers commits perhaps the most comically literal circular reasoning I’ve ever seen. Consider this example from an interview :

“Being able to live with knowledge.”

He has a more direct answer about what people can do to prepare for the alien invasion: Buy his stuff.