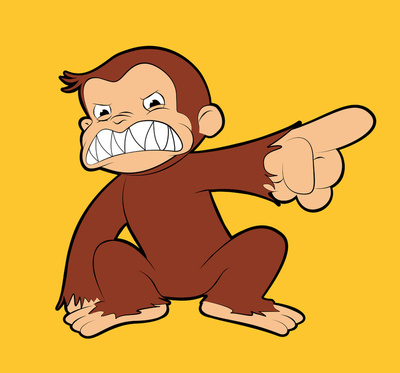 NOTE: The Georgia Guidestones were destroyed in a terrorist attack on July 6, 2022

In almost every conspiracy theory, adherents suggest a narrative that differs from a more-accepted version. For instance, henchmen of George W. Bush, not Osama bin Laden, engineered 9/11. Or Jade Helm was an Obama plot to lock up southern gun owners, as opposed to a military Special Forces exercise.

But with the Georgia Guidestones, there is no Warren Commission Report or Air Force Roswell explanation to try and refute. No one knows the Guidestones’ purpose, and the only person who knows the identity of the man who financed them promised the moneybags that he would never reveal his name. Conspiracy theorists, therefore, have filled the Guidestones vacuum with various heinous storylines. Not that theorists require an information vacuum to operate; they just suck out any evidence that works against them.

Conspiracy theorists and skeptics agree on this much: The guidestones are 19-foot tall granite monuments erected in 1980 in Elbert County, Georgia.  On them are inscribed 10 guidelines, in eight languages. There is also a brief message at the top that is chiseled in four ancient tongues. They are arranged as five slabs with a capstone on top.

Unlike most conspiracy theories, this one contains an element of genuine mystery. In June 1979, a man going by the pseudonym R.C. Christian solicited Elberton Granite Finishing Company to build the structure. His identity and incentive remain unknown. He was estimated to be in his mid-60s when he commissioned the structure, so he is presumed to be deceased.

The guidelines are as follows:

Yoko Ono called them “a stirring call to rational thinking”, while wired.com reports that some opponents consider them to be the “Ten Commandments of the Antichrist.”

Concurring with the latter interpretation is Mark Dice, who declared them to be of “deep Satanic origin,” and who feels they should be “smashed into a million pieces.” While they still stand, the guidestones have been subject to vandalism by those who consider them to be demonic or part of the New World Order plot.

These Ideas are not new. At their unveiling, local minster James Travenstead inadvertently noted their versatility, saying the guidestones were “for sun worshipers, cult worship and devil worship.” He also warned that the Guidestone would someday see “a human sacrifice take place here.” Sort of like Cavalry, I guess.

Then we have conspiracy theorist Van Smith, who attempts to bring computer analysis to his ideas. Smith said that the guidestones dimensions portended those of the Buri Khalifa in the United Arab Emirates, which was built 30 years later. It was the tallest building in the world, and therefore, the Guidestones were meant to be an endorsement of the Tower of Babel.

The type of granite used was pyramid blue, which thrilled some theorists since it suggested some sort of ancient alien Egyptian association. Additionally, when viewed from overhead, the Guidestones form an X, which UFO Report notes for an ideal alien landing site.

The inclusion of Hebrew, meanwhile, suggested to some that Zionists were behind the Guidestones. This was less than consistent thinking, however, since the messages were also in English and no one has seen Queen Elizabeth behind it. Unexplained is how the erection of a cryptic monument in rural Georgia furthers the Zionist goal. It is also unclear why the genocide architects would announce their plans, albeit cryptically. But Dice had an ad hoc explanation for this: “This is a way for the elite to get a laugh at the expense of the uninformed masses, as their agenda stands as clear as day and the zombies don’t even notice it.”

Though the inscribed ideas are esoteric, a majority who have studied them think they are intended to be advice to survivors of an apocalypse, although this would require that the stones hold up during any doomsday. The commissioning came during the year of the Three Mile Island meltdown, and nuclear arms fears were a regular feature of life then. Also, it is known that the financier had expressed fears about Armageddon, so this hypothesis seems the most likely.

Some of the 10 guidelines can seem a little unnerving. Recommending the population be kept at what was one-tenth the of the world’s population in 1980 seems macabre. So does the eugenics overtone that rings through another guideline. The idea of one language and one court, meanwhile, could upset those who fear an impending New World Order. An alternate, equally unsettling, interpretation was that it referenced the warning in Revelation about a common tongue and a one-world government. As an aside, I never understood evangelicals freaking out about Revelation prophecy seemingly being fulfilled. They think it’s inevitable, so why fight it?

When the mystery donor met the granite company president, they agreed that banker Wyatt Martin would receive the funds at various times from different locales, then forward them to the business. Martin agreed only is the donor would reveal his identity, which he did after Martin agreed to take this secret to his grave.

Some suspect the donor was influenced by Rosicrucian thought. Rosicrucians were a secret society in the 17th Century known as “the brotherhood of R.C.,” and the donor’s pseudonym initials were R.C. Further, the guidelines emphasize the use of reason, and Thomas Paine was a Rosicrucian who wrote “Age of Reason.”

While these are two very weak pieces of evidence, the idea is not particularly preposterous. At least it wasn’t until Jay Weinder got ahold of it. One of the country’s busier conspiracy theorists, Weidner agrees that the guidestones are meant for the eyes of those who survive a near-extinction. But this will not be the result of a nuclear war, but rather a homo sapien genocide. Weinder warns, “The shadowy organization behind the Guidestones is now orchestrating a planetary chaos that will result in major disruptions of oil and food supplies, mass riots, and ethnic wars worldwide.” Sounds frightening, until one realizes Weinder had predicted that this would all take place by 2012.

While there have been various ideas as to the guidestones’ meaning, the most creative comes from a beforeitsnews contributor, who laid out a plot involving Free Masons, the devil, and a borderline anthropomorphic primate.

The writer goes through a lengthy, meandering explanation of how he pieced together that the builders were hinting at the date Oct. 3, 2014. Naturally, this can only mean that, “It likely has everything to do with the start of the New World Order plan as laid out on the Guidestones. This is driven by dark forces and one of the things they need to do for their events to become rituals is reveal them in advance.”

When theorists deduce such dates, it is seldom 100 or 1,000 years in the future. Rather, it is an impending date. This speaks to the incentive of the theorist, as they are excited to think that this will be occurring in their lifetime. While they are portending doom, it in nonetheless thrilling to think they will witness it, plus they get to congratulate themselves for sniffing it out.

Our sleuthy scribe included a video of a replacement stone being put in place at the monument. Holding a piece of the broken stone that was being replaced, the worker asks, “Who wants a chip?” Our writer concludes that this alludes to implantable microchips that will be part of the plot.

He also figures out that MM on the monument means not the year 2000, but rather Master Mason. And there’s more, so much more malevolence: “He is also kneeling on his left knee, an unnatural position for someone who is right-handed and has the stone he is chiseling in front of his foot. However, this is the exact position an entered apprentice has when taking the Masonic oath.” All this was being done in order to reject the cornerstone, which symbolizes Jesus, and replace it with a capstone, representing Satan.

The author predicted a cataclysmic event would occur on Oct. 3, 2014. Continuing with his idiosyncratic genius, only he was able to note this when it happened. For that was the day we learned of the United States’ first confirmed Ebola case. It was only one victim, but the systematic slaughter of six billion people has to start somewhere.

While the author had vaguely predicted this event, he points out that Matt Groening and James Brooks has specifically prognosticated it in 1997. A Simpsons episode from that year featured a book, “Curious George and the Ebola Virus.” Even more delicious, the program aired on Sept. 11 of that year.

Just to be clear, Simpsons creators, along with their NWO counterparts, knew that hijacked kamikaze airliners and a deadly virus were on their way to the USA. Our writer concluded this by connecting the dots, or at least rearranging, mangling, creating, destroying, and cramming them in as necessary.

Continuing his ascension into apophenia overdrive, the writer highlights more clues he has deciphered: “Just like the Ebola virus, Curious George was taken from Africa to the USA. His name, George, could hint to the Georgia Guidestones. In the last of the original series of books, George ends up in the hospital, just like the first Ebola victim. If George represents the virus (which possibly originated from monkeys), then the Man the Yellow Hat represents the carrier, Thomas Eric Duncan. His initials spell TED, and in the 2006 Curious George film, the formerly anonymous Man in the Yellow Hat is named Ted.”

I was able to figure out two more that he missed. “Sweet Georgia Brown” references George’s color, while Ted’s complexion is about the same as a a Georgia peach. You know, I was trying ridicule the guy’s mindset, but think I came up short. My parody is less humorous than his sincerity.