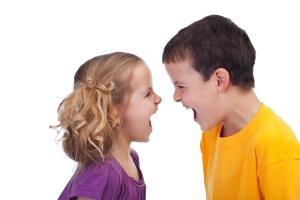 But when I envision critical thinking, it’s most often in the form of someone using deductive reasoning in a series of arguments, free of logical fallacies, to reach a valid conclusion. For instance: W. Wayne writes a blog. Blogs are Internet products. Therefore, W. Wayne’s writing is on the Internet. Of course, people seldom talk that elementary in conversation. In the real world, arguments can get complex, tangential, and clouded with emotion, so logical fallacies are more difficult to detect.

I will use recent online examples of logical fallacies, identify what it’s called, and highlight the error in thinking.

U.S. soccer star Landon Donovan, who was surprisingly cut from the 2014 World Cup team, wrote a post-Cup column criticizing decisions made by Coach Jürgen Klinsmann. A few posters labeled Donovan a “bitter man,” which was an AD HOMINEM. These are arguments that address the person making the point rather than the point being made. Donovan’s level of bitterness was unrelated to how valid his criticism of Klinsmann’s coaching was.

This particular type of ad hominem is a GENETIC FALLACY, in which the person making the argument becomes the counterargument of the other person. Rather than coming up with points against the assertion, the interlocutor will criticize the opponent’s incentive or bias. A Friend posted about medical inaccuracies of Dr. Oz, causing her Friend to write sarcastically, “Yeah, Big Pharma wouldn’t have any interest in destroying the credibility of someone who’s costing them money.” The information hadn’t actually come from Big Pharma, but even if it had, whatever interest that source had in ruining Dr. Oz, or how much money he was costing them, would have had no bearing on the point’s validity.

But what about the adage, “Consider the source”? Does this have value? That depends. If a flash comes across my news feed that Answers in Genesis has disproven evolution, I would know this comes from a silly antiscientific source with a terrible track and keep scrolling. However, if I clicked the link and responded, I would need to answer with science, facts, and possibly a challenge to submit the findings to a peer-reviewed journal. Just dismissing AIG as being Young Earth Creationists or deliberately stupid would be inadequate.

Another form of ad hominem is the TU QUOQUE, which means “you too.” These point out the speaker’s hypocrisy, or counters a charge with a charge, and is not an attempt at refutation. Joshua Feuerstein made a minor Internet splash last year with an anti-evolution/anti-Big Bang rant. We will look at this rant and include responses to it, some which were fallacies and some which were solid retorts.

In his response, patheos.com blogger J.T. Eberhard committed a tu quoque by writing, “If being observed directly is your criteria, god should be thrown out immediately along with any stories of him creating the universe.”

This is true, but it is not a valid counterargument. Eberhard later provided one of those by writing, “Evolution has been observed. The most recent is the controlled experiment in evolution with the lizard species Podarcis sicula, in which the species developed a Cecal Valve, a new feature not present in the ancestral population. The old population of Podarcis sicula was still around and breeding, yet they had branched off to create a new animal that with adapted behaviors and features.” Here, Eberhard addresses Feuerstein’s claim and provides strong counterevidence.

Still in a frenzy, an incredulous Feuerstein later spits out, “You want me to believe that out of some accidental cosmic bang was created one cell and that somewhere along the line we all magically developed different will and different traits?!”

Eberhard commits another tu quoque by writing, “If you’re going to be defending a book which asserts the existence of a talking snake, a man being created from dirt, a woman being created from a rib, a man walking on water and rising from the dead, maybe it’s best not to disdainfully accuse your opponents of magical thinking.”

This points out flaws in Biblical literalism and highlights Feuerstein’s hypocrisy, but it does not refute the point. What Eberhart wrote next, however, did: “We have observed mechanisms that produce increased functionality over time. Evolution is driven by the same key forces that generate new order everywhere in our universe without the need for any appeal to god. They are mutation, reproduction, and selection. If you have these three catalysts in place, order and often improved functionality are the end result.”

Incidentally, Feuerstein had created a STRAW MAN by misrepresenting what astrophysicists and biologists teach. A straw man is when a person either completely makes up or greatly distorts an opponent’s position for the purpose of attacking it.

A simple Wikipedia query would have let Feuerstein know that the Big Bang Theory teaches that out of the explosion came subatomic particles which congealed into hydrogen. Clouds of hydrogen large enough to produce significant gravitational pull then collapsed inward to form stars, which fueled processes that created other elements. Contrary to Feuerstein’s cosmology, scientists do not teach a primitive cell came from the Big Bang and that this cell magically grew into others.

Moving on, we come to the FALSE DILEMMA, where an artificially limited number of choices are given as the only possible reason something exists. Jennifer LeClaire of Charisma Online, wondering why so many people were leaving the faith, wrote, “Is the church doing something wrong? Or is the culture wooing once-saved Christians to the godless side? Or both?” It is a false dilemma to say that only these factors, or combination thereof, could be the driving force. When I realized religion clashed with science, I dumped religion. Dumping science didn’t seem like a very practical option. I did not have a bad experience in church, nor did any person or organization recruit me to heathenism. I reached my conclusions through a third way of observation, reflection, questioning, searching, and life experiences. False dilemmas are usually created so the person has an easy way to arrive at and “prove” a point. In LeClaire’s case, she deduced that lukewarm preachers and evangelical atheists were the culprits. She cited examples of both, then was able to tie this into a nice bow because she had begun her post by eliminating competing options.

Neither lukewarm preachers nor heathen recruiters have been able to sway the musical artist Lecrae. Arguing for God’s existence, he trotted out Pascal’s Wager and announced, “If I’m wrong about God then I wasted my life. If you’re wrong about God then you wasted your eternity.” This is the ARGUMENT FROM CONSEQUENCES, where possible unfavorable conclusions are presented in lieu of providing evidence for the position.

The greatest congregation of logical fallacies I’ve come across recently was in a column my Mark Baisley at townhall.com. He crammed four of them into a column arguing that the laws of physics preclude spontaneous emergence of life. Rather than presenting original physics arguments, however, Bailey writes, “For single celled creatures to materialize, reproduce, and survive defies statistical randomness even in the inviting habitat of planet Earth. And the likelihood that the elements would self-generate into intelligent life lies outside of the probability distribution.”

However, Baisley’s inability to comprehend how life could develop is not evidence of that non-development. This is the logical fallacy of making arguments based on PERSONAL INCREDULITY. Put another way, there’s a reason he’s not a scientist.

He also commits the APPEAL TO IRRELEVANT AUTHORITY. He cited the Roman architect Vitruvius as having recognized the beauty of human form and ascribing it to God’s majesty. Vitruvius did intelligently design some nice works of his own. But his status as an ancient, revered artist gives him no special insight into how Man developed.

Later, Baisley cites “optimal conditions for structures and human biology” to argue that this “implies an ambient existence of intelligent design.” This is the APPEAL TO IGNORANCE. He asserts that because physics can’t prove how we got here, this means an intelligent designer did it. He also applies CIRCULAR REASONING by writing, “Man is so far advanced that it had to have been designed.” It is circular reasoning because he has not established that God is the only way man could reach an advanced state. His premise and conclusion are the same. It could also be argued that this was BEGGING THE QUESTION, whereby one assumes what one claims to be proving. Baisley asserts a god exists because of the structure of human biology, the structure of which proves intelligent design.

I hadn’t intended to beat up on the religious; it’s just that they’ve been especially fallacious on my news feed of late. But let’s give them a rest and close with a secular example.

Kyle Smith of the New York Post highlighted a Freakonomics blog that presented the possibility that a McDonald’s double cheeseburger might be the “cheapest, most nutritious, and bountiful food that has ever existed in human history.” It was noted the mass-produced sandwich has 390 calories, 23 grams of protein, seven percent of daily fiber, and 20 percent of daily calcium. Readers were challenged to find another inexpensive food that matched those criteria. When some offered boiled lentils, Smith MOVED THE GOALPOSTS by writing, “Now go open a restaurant called McBoiled Lentils and see how many customers line up.” He asked for a specific type of food, was presented with it, then changed the rules to also mandate that it be commercially viable. He further deduced that the lentil lovers were “huffy back-to-the-earth types, class snobs, locavore foodies, and militant anti-corporate types.” If I’ve done a decent job of instruction, you recognize these attacks as ad hominem.