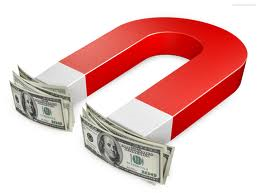 Magnet therapy is based on the idea that magnetic fields have healing powers, usually related to increased blood circulation. With one possible exception we will examine later, this idea is not backed by science.

The boldest therapy supporters claim all illnesses are due to an imbalance in energy, so it’s magic magnets to the rescue. There are no way to test these claims, and more attractive to the proponents, no way to disprove them. The field is constructed with anecdotes, post hoc reasoning, communal reinforcement, and undefined terms.

It is unproven that magnets effect the body, for which perhaps we should be thankful. There are at least 10 million chemical compounds, millions of which are toxic, exponentially more than are beneficial. There’s no more reason to try and access magnetic effects than there is to down the contents of the nearest beaker.

Magnetic medicine comes in many forms. You can sleep in a magnetic blanket on a magnetic mattress, awaken to slather on magnetic cream, don magnetic jewelry, dress in magnetic belts, straps, and insoles, then reach for your magnetic water and supplements, though by this point, you might be irresistibly drawn to the refrigerator door.

Like many pseudomedicines, magnetic therapy’s supposed methods change, while the purported results stay the same. It has been said to work as a massage, by impacting iron in red blood cells, and by creating alkaline in the body. Other theories center on alternating nerve impulses, increasing oxygen content, moving ions, and decreasing deposits on blood vessel walls. My favorite guess is that it works by filling the void left by a decrease in Earth’s magnetic field.

The CEO of one magnet company admits, “Magnets don’t cure or heal anything.” The next logical sentence would be, “But damned if I’m not cleaning up on these suckers.” Instead, he follows with, “All magnets do is set your body back to normal so the healing process can begin.” I interpret this to mean that magnets are responsible for our immune system and circadian rhythm.

The most extreme claim I came across promised it would cure cancer. So grab that Tweety Bird off the fridge and slap it on if experiencing excessive cell growth. Another company instructed, “The necklace should be put on as soon as the headache appears and removed as soon as it goes away,” guaranteeing success against any headache lasting less than a lifetime. Magnetic therapy is also used on thoroughbreds, with nary an equine complaint.

Pain relief, especially arthritis, is the most frequently-cited benefit. Arthritis flame-ups vary from day to day, and throughout the day, so any improvement gets credited to the magnet, a regressive fallacy.

Proponents will frequently chime in that there’s nothing to lose. To put that another way, “Medicines A and B were ineffective, so I will rub iron blocks on my wrist in a circular motion.” There should be a reason to think a method will work before trying it, and there is a dearth of reproducible double blind studies suggesting this.

In fairness, there is one feather in the magnetic field therapy cap. In a double blind study at Baylor, permanent magnets resulted in post-polio knee pain subjects experiencing substantially better results than the control group.

The study has not been reproduced and the sample size of 50 was relatively small. Still, there is scientific backing to the idea that, with this specific ailment, permanent magnets may aid in pain relief.

Still, the possibility that magnetic therapy has this value fails to justify using it to stimulate nerve endings, correct energy imbalances caused by electromagnetic contamination, or reinvigorate the thighs of champion race horses.