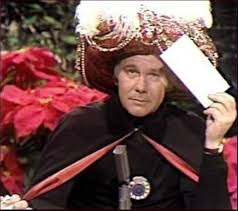 Nostradamus was a 16th Century Frenchman who spent lots of time staring into bowls of water. Sort of like a chef or fish hobbyist, only without the logic. He claimed to have seen the future in this water, and he wrote prophecies in four-line verses called quatrains. These sometimes mentioned countries or years, but were otherwise cryptic and lacked specifics. They are so open to interpretation that even his proponents disagree about what he predicted.

There have been several books over the past century endorsing Nostradamus, almost all of them claiming he prognosticated major events of the time. None of the proponents have ever interpreted a quatrain to correctly predict something that was going to happen. All are done retroactively. They start with the conclusion, then shoehorn in something that fits. This requires a lot of creativity and downplaying quatrain lines that are less convenient.

The line that gets Nostradamians the most excited is, “The battle will rage against Hister,” since the final word contains five of the letters in Hitler. But this is not an almost-hit of the monster four centuries later. Rather, it refers to the Danube River, which was known as the Hister in Nostradamus’ time and place. Another quatrain mentions Hister, but believing this alludes to the Nazi dictator requires accepting that the only country mentioned in a vision which foresees him is not Germany, Poland, Russia, or France, but Malta.

Proponents argue that one quatrain predicted the death of King Henry II at the hands of Gabriel Montgomery. But that quatrain references a battle, while Henry’s death came in a friendly match celebrating a peace treaty. Also, the quatrain makes mention of a gold cage and two fleets, which have no relevance to an accidental jousting demise. Another quatrain incorrectly prophesied that Egypt would capture the Persian king in 1727.

JFK Jr. was not a king of terror and no one, neither than king of Angolmois, nor anyone else, rose from the dead. I’m unsure if Mars here means the planet or god, but in either case, it was of no more significance at this time than any other. The only line he could charitably be said to have got right was a reference to July 1999. And by that standard, I am a seer if my prediction that there will be a July 2014 comes true.

This is the type of extreme elasticity required when trying to justify Nostradamus as a prophet. Another example is suggesting that “The ancient dame shall fall” is about St. Paul’s Cathedral being destroyed in the Fire of London. The only time the cathedral has gone by this name is when Nostradmians are talking about it. Nostradamus proponent Erika Cheetham, tired of having it pointed out that Hister refers to the Danube, now “interprets” the line as “The battle will rage against Hitler.”

I do give Nostradamus some credit for being a creative writer. And I acknowledge his followers for being creative readers.