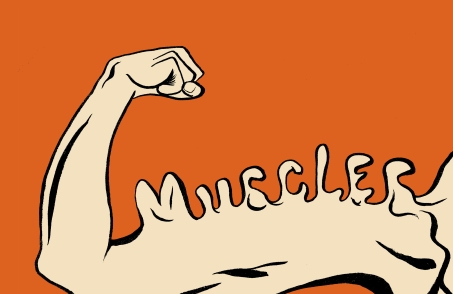 Pseudoscience refers to misusing or remarketing scientific terms in order to give undeserved credence to an untenable position. One such example is applied kinesiology. The second word in this phrase is a legitimate medical field, the study of movement.

By applying, so to speak, another word to the phrase, an area with no scientific backing attempts to coopt this legitimacy. Applied kinesiology is a putative muscle-testing technique based on the supposition that the way a subject’s muscles respond to being pushed, pressed, and prodded tells the practitioner what ails the patient.

The field assumes the existence of unproven concepts like chi, meridians, and a universal intelligence which runs through nature, to include the human nervous system. Proponents believe that muscles reflect the flow of chi and that resistance reveals the health of the subject’s bodily organs and what nutritional deficiencies afflict them.

The original applied kinesiologist was George Goodheart, who claimed his technique could evaluate nerve, vascular, lymphatic, and digestive systems. The key was the flow of an undefined and undetectable energy along equally non-existent meridians.

Energy is the most frequently misused word among alternative medicine practitioners. It serves as a placeholder that substitutes for any meaningful term or function. In science, energy means “measurable work capability,” and using this phrase instead of energy will reveal just how silly and shaky such claims are.

For example, this site informs its readers that, “Kinesiologists test specific points along the Chinese acupuncture meridians to discover areas of stress/imbalance in the body, mind and energy systems. Then, by using one or more of the many balancing methods – including chakra balancing, sound, color and more – you will be able to balance the body’s energy.”

Using the scientific definition of energy would leave us with this phrase: “Kinesiologists test specific points along the Chinese acupuncture meridians to discover areas of stress/imbalance in the body, mind and measurable work capability systems. Then, by using one or more of the many balancing methods – including chakra balancing, sound, color and more, you will be able to balance the body’s measurable work capability.”

When subjects go to have their measurable work capability adjusted by an applied kinesiologist, the practitioner will consider weak muscle responses to be an indication of illness. Which muscles correspond to which organ or allergy varies by practitioner, which makes for a pseudoscience giveaway.

My astigmatism has been correctly diagnosed and treated by a half dozen optometrists in multiple states and countries. By contrast, a person whose left elbow responds poorly to pressure may be said to have pre-diabetes, gout, or celiac, depending solely on which applied kinesiologist is pressing the arm.

So it’s unsurprising that repeated double-blind studies have shown applied kinesiology to be no better than chance at diagnosing a condition. Any seeming successes are owed to post hoc reasoning, the cyclical nature of some illnesses, and the ideomotor response. The latter refers to how expectations can lead to infinitesimal, unconscious motor movements. Because the person is unaware of this, he or she attributes the movement to an external force. This can be spooky when glancing at a Ouija board, a revelation when holding a dowsing rod, or a diagnosis when at the applied kinesiologist.

Practitioners think they are applying the same amount of force each time, but their beliefs are causing them to apply more or less, depending on their subconscious expectations. Similarly, subjects believe they are applying the same amount of resistance each time the applied kinesiologist pushes, but expectations will alter this.  The difference is subtle, but enough to make a difference. Therefore, the technique seems to work. But anybody could do it. It’s just that nobody should.