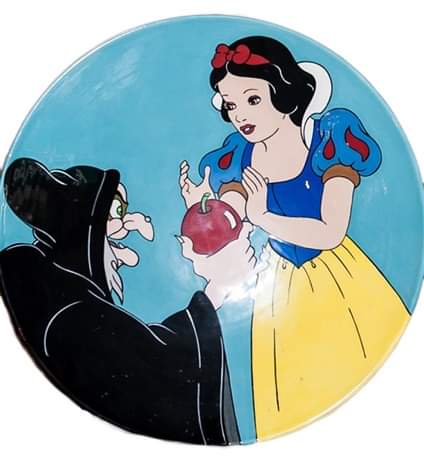 Proponents tout apple cider vinegar as an amazing product that can fend off disease as well as managing some lesser accomplishments. But the best evidence indicates the sour fermented liquid has only modest health benefits and certainly lacks an ability to vanquish serious ailments.

It may be of some value since the product contains a probiotic, but claims associated with it can be exaggerated, sometimes spectacularly so.

Like all vinegars, the apple cider variety consists mainly of acetic acid plus whatever was in the original liquid, minus the sugar that was transformed into alcohol during fermentation. It is the acetic acid that usually leads believers to ascribe panacea qualities to the resultant product.

The most extreme assertion is that it can treat or prevent some cancers. There is no evidence anywhere to buoy this idea and anyone gulping apple cider vinegar to halt rouge cell growth is making a fatal mistake.

Those who believe in the oncological power of the sour liquid may be relying on studies in which cultured cancer cells shrunk after being exposed to vinegar or acetic acid. But as Dr. Edwin McDonald of the University of Chicago School of Medicine wrote, “We can’t directly pour ACV on cancers inside of people.

Further, you definitely can’t give someone an ACV IV infusion without causing serious harm or death.”

Another erroneous, dangerous idea is that the vinegar controls high blood pressure. This may be based on one small study of rats that showed a decrease in a specific type of blood pressure when the rodents were plied with a diet heavy in acetic acid. But like most such test results, there is no comparable conclusion reached with humans. McDonald warns, “High blood pressure is nothing to play with. There’s simply not enough data to support using ACV as a blood pressure medication. Eat a healthy diet, exercise, and take your meds.”

Sticking with serious conditions, there is scattered belief out there that apple cider vinegar lowers blood sugar among diabetics. There has been one small clinical trial in which drinking a tiny amount of the vinegar each day seemed to improve blood sugar control in patients with type 2 diabetes. And Skeptoid’s Brian

However, he added, there are some caveats. First, all vinegars contain acetic acid, so there would be no added gain from ingesting the apple cider version. More importantly, the benefit is infinitesimal and the vinegar is no substitute for diabetes medication. There’s no harm in using it and there might be minor benefit to doing so, but diabetics should always take their prescribed medicine as well.

A more humble claim is that the vinegar may help with weight loss. There have been a few small studies in Japan that reached this conclusion, but the subjects were already on a diet and exercise regimen. Still, those taking the vinegar did lose more weight than those swallowing a placebo, so they’re might be something there. But the evidence is still murky, owing to insufficient sample sizes and the small number of tests. And in any event, it – at best – only helps augment weight loss. It would be an inadequate replacement for a gym routine and a healthy, balanced diet.

While the cancer claim is bogus and the idea of it being a weight loss ally is a maybe, we can conclude that all vinegar, when mixed with lemon juice, is efficient at disinfecting Salmonella-tainted products.

However, it is up to the person washing the suspect lettuce to do a thorough job. The safer method is to toss the tomatoes and cucumbers and open a can of soup instead.

Next, there are those who think apple cider vinegar can serve as an antimicrobial disinfectant for scrapes and cuts. It’s true that acetic acid is antimicrobial. But apple cider vinegar contains other ingredients that are not and dashing them on an open wound may contaminate and exacerbate it. At a minimum, it will sting like the dickens. Use a salve instead. The pain will be much less and the medicine will actually work.

Finally, we look to the belief that drinking apple cider vinegar will produce an antimicrobial effect. This is likewise mistaken. As Dunning explained, “When an acidic compound hits your duodenum just after the stomach, it’s neutralized by sodium bicarbonate and its antimicrobial properties vanish.

I don’t want to be all negative here. Let me close by saying apple cider vinegar will give your chili a right proper kick.

One thought on ““An apple a nay” (Apple cider vinegar)”