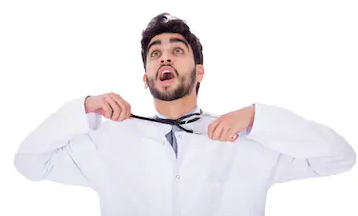 Anti-vax doctors represent a microscopic percent of their profession, but when they highlight their medical training, it may cause some with doubts to sway the wrong way. Today we will examine the claims of one of them, Dr. Jim Meehan, as well as counterarguments from the Skeptical Raptor blogger, Dorit Rubinstein Reiss.

While Meehan uses phrases like “informed choice” and “parental rights,” he is not merely an advocate for education and options, he is explicitly anti-vaccine and encourages parents to leave their children vulnerable to miserable, dangerous, and possibly deadly diseases, rather than inoculate their offspring against them.

He claims these diseases are no big deal, might even be beneficial, and are treatable with a holistic, integrative, homeopathic, or other alt-med buzzword approach. With regard to wonderful whooping cough, magnificent measles, and sensational smallpox, the deluded doc insists there are benefits of children encountering these and other diseases. But Reiss notes that Meehan leaves it unclear exactly what a child gains from contracting the likes of diphtheria, polio, tetanus, and pertussis. Such a mindset would have been unimaginable in the days of the iron lung and is only entertained today only because vaccines’ success have made these misfortunes ones that most of us were never exposed to.

Reiss writes that measles kills one victim in a thousand, while diphtheria and tetanus have a 10 percent mortality rate. So unless Meehan is presuming an everlasting paradise after death, it’s uncertain what benefits he is referring to. Polio paralyzes and kills its victims and many of the other diseases Meehan gushes over can lead to weeks of suffering followed by lifelong afflictions. Here is a modern account of measles, which Meehan considers a mild irritant that leads to a positive outcome.

Meehan also trots out the toxin gambit, which plays to anti-vaxxers’ chemophobia. He sounds the sensationalist alarm thusly: “I have seen the evidence of neurotoxicity from ingredients like aluminum, Polysorbate 80, human DNA and cellular residues from the human cells lines, upon which many of the live viruses are grown.”

Reiss notes that in about one case in a million, a person may have a severe allergic reaction to a vaccine, usually because of gelatin. So it could be argued that vaccines are only 99.9999 percent safe, but that leaves them much safer than smallpox, diphtheria, and polio.

Also, always remember that the dose and form of the ingredient is what matters. Vaccines never contain elemental aluminum, as Meehan implies. Rather, they contain tiny amounts of aluminum salts in order to prompt a stronger immune response, and these infinitesimal doses are handled by the body’s natural processes. Moreover, there is no evidence that the minuscule amounts of polysorbate 80 in vaccines poses a risk. As to the small amount of DNA that may be in a vaccine, Reiss notes that if it was that easy for fragments of DNA to impact our body, gene therapy would be much easier than it is.

The main plank in Meehan’s rambling rants is that vaccine science is fraudulent and purchased by Big Pharma. But vaccines prevent millions of hospitalizations and their accompanying medications each year, which deprives pharmaceutical companies of a fortune.

Further, there are tens of thousands of safety studies about vaccines. This research is done worldwide and is funded by multiple sources, such as businesses, universities, and governments, including governments that run a national health insurance system, and thus have a strong incentive to find preventive and curative measures.

To believe all this is part of a plot to enrich pharmaceutical company coffers and poison our children is to assume a conspiracy on an unimagined and untenable scale. It also ignores what happens when there is an issue with vaccine efficiency or safety.

Reiss cites four examples where certain strains of a vaccine were shown to be ineffective or contain a significant side effect. Each time it made for major news and the vaccines were pulled or retested. These responses are inconsistent with a secretive cover-up aimed at making pharmaceutical executives even richer with no concern for children suffering and dying.

In fact, for all his accusations, Meehan has been unable to identify an instance where a pharmaceutical company knowingly let a dangerous vaccine onto the market. And for all his dire warnings and writings, Meehan has yet to appear in peer-reviewed journal.