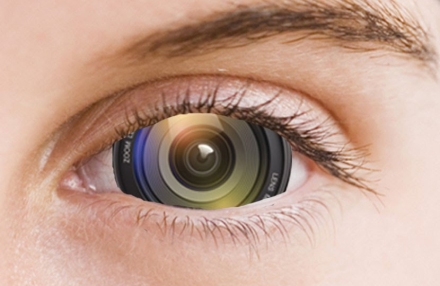 If I’m remembering correctly, photographic memory refers to a supposed ability to recall nearly everything in precise detail – entire books, exact test questions from 15 years ago, every license plate you’ve ever seen. Its less famous cousin, eidetic memory, refers to being able to recall voluminous and minute details of a mental image.

Eidetic memory has been shown in controlled studies to sometimes exist in small children. But does anyone really possess photographic memory? There are some conditions whose characteristics include amazing feats of memory, but they stops short of being able to remember nearly anything that has ever happened to a person.

One category of amazing recall belongs to some people with savantism, a condition whereby a person has substantial limitations but can counter that with an almost superhuman skill in a specific area. Sometimes that area is memory.

Such persons are usually autistic with low IQs, along with having hampered motor skills, social abilities, and learning difficulties. But they may have a pronounced memory skill, the most common of which is calendar calculation, which is being able to instantly and accurately pronounce which day of the week any date in history occurred.

The second most common skill is an extremely prodigious recollection of items like encyclopedic publications, databases, and maybe even War and Peace. The best-known person with this ability was Kim Peek, the inspiration for Rain Man. Other skills may include instant mathematical calculation of large numbers or being able to reproduce works of art or photos with amazing precision. Artist Stephen Wiltshire, for example, has this ability. Other fantastic feats may include being able to forever reproduce a piece of music after hearing it once.

The above abilities are extremely rare, with only about 300 known cases worldwide. And the super skill is not always memory, and when it is memory, it is usually the ability to recall a specific thing, so this would fail to meet the definition of across-the-board photographic memory.

Even rarer than savantism is hyperthymesia, a condition that causes an overdeveloped autobiographical memory. Persons with hyperthymesia can remember nearly everything that has ever happened to them and can recall scenes in precise detail. They know what they saw and did, where they went, what was on the radio, how they felt that day. For example, they could accurately recite exact conversations they had about the 1976 presidential campaign.

However, this stunning ability still falls short of the supposed photographic memory threshold because they lack such abilities as being able to recall long strings of numbers or the word of every book they’ve read. According to Skeptoid’s Dunning, only about 30 persons have ever been confirmed to have hyperthymesia. The condition can be quite debilitating since those with it are unable to forget even if they want to. Anyone can have hurtful memories, but those with hyperthymesia recall exactly how they felt on their worst days and the pain stays fresh.

Beyond these categories, there are those who through repetition, practice, and mnemonic devices will build their memory and increase their ability to absorb information. This could include memorizing every person to ever serve in Congress or being able to recite the winner of every MLB pennant, batting championship, and ERA title (this was once my specialty).

However, this is distinct from photographic memory, where such abilities would be innate and the facts memorized instantly. A talent of such magnitude only exists with savants and those with hyperthymesia, and again, only within the prescribed limits mentioned earlier.

Eidetic memory – the ability to recall an image in perfect detail – is by contrast somewhat common in children. So far, now one has figured out why this proficiency exists in toddlers and preschoolers but is extinguished in adolescence. At least that’s what I remember hearing.