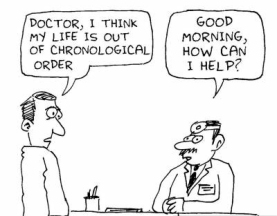 In my NCAA Tournament pool this year, I picked Virginia to win the national championship. Psychics also make some correct predictions and others whose wording is vague enough that they claim a shaky prognostication victory. More often, however, they whiff on their picks, as do those who claim no psychic ability, such as stockbrokers or pool entrants, like the year I picked Michigan State to win it all and the Spartans were bounced in the first round.

There have been attempts to bring scientific validity to the concept of precognition, the term for knowing something before it happens. These experiments employ galvanic skin response or MRI measurements. One researcher, retired Cornell professor Daryl Bem, has his worked published in a peer-reviewed publication of the American Psychological Association.

For his experiments, he modified a priming test. Instead of showing subjects a word like “ugly” or “beautiful” before they viewed a picture of something revolting or lovely, he showed the picture first, then measured the response time, and finally showed subjects the word.

There are major flaws with his conclusions that some precognition was observed. Bem has no way of knowing if the readouts generated by the subjects’ physical responses were caused by the stimulus received. He had to assume this to be the case, which is the begging the question fallacy. This occurs when one assumes the truth of one’s conclusions rather than supporting them with separate evidence.

After evaluating Bem’s nine experiments, psychologist James Alcock alleged that they contained other crucial errors. He accused Bem of changing procedures at random points during the experiments and combining results of assorted tests. This enabled Bem to cherry-pick favorable results, resulting in skewed final numbers. He also failed to employ the null hypothesis, which holds that there is no relationship between two measured items until proven otherwise. Moreover, the Skeptic’s Dictionary cited five researchers, who tried and failed to replicate Bem’s findings.

While Bem used MRI, parapsychologist Dean Radin monitored a person’s skin conductance before, during, and after viewing photos that were either calming or upsetting. He then tried to determine if the subjects’ autonomic nervous system responded appropriately before subjects saw the image. The tests were measured by a blip on a screen hooked up to a skin conductance measuring device. Radin concluded that most persons are about to see an evocative image, they will respond before that picture appears. However, the results were at best and mixed bag, and even the seeming successes again require begging the question; Radin assumes blips on a screen are caused by psychic means instead of being a psychosomatic or other physical reaction.

The Bem and Radin experiments put forth no explained mechanism through which precognition would work. And even if there is a mystery method that some psychics have magically accessed, they aren’t using it to warn of terrorist attacks and earthquakes, or even cash in on Virginia’s victory.