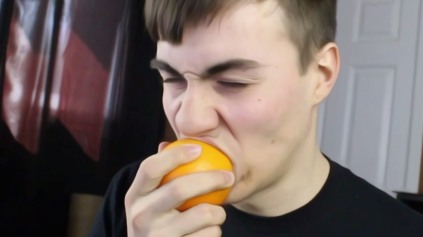 Only the liver and kidneys detox and if those are failing, you need the ER, not a Gwyneth Paltrow organic bean falafel.

And except in extreme cases, such as HIV positivity or late-stage cancer, immune boosting is neither possible nor desirable. In fact, it is the defining feature of autoimmune disorders such as arthritis and lupus.

Meanwhile, inflammation is blamed by some alternative medics as the cause of many diseases. This assertion comes with an accompanying claim that certain foods will prevent inflammation from ever occurring. There are a myriad of putative anti-inflammatory diets, none of them backed by empirical evidence that disease is caused by inflammation, that inflammation should necessarily be avoided, or that dietary choice would impact this.

Inflammation is unpleasant and its trademarks include redness and swelling. But in the same way that our nervous system lets us know if we’ve back into a hot pipe – giving us a temporary discomfort in exchange for avoiding long-term serious damage – inflammation promotes overall health. It is often the result of the body fending off an infection or healing an injury. Trying to halt it in such cases would likely be futile, and if one could somehow succeed, doing so would be detrimental.

Not that inflammation is always beneficial. It sometimes aggravates rheumatoid arthritis, diabetes, and asthma. Then there’s chronic inflammation, which accompanies a lingering illness or other long-lasting condition. But it’s crucial to understand the relationship between disease and inflammation. Inflammation does not cause a disease; Rather the disease can lead to inflammation. Inflammation can be good or bad, depending on the situation, and trying to halt it in all cases is a poor idea.

If one is determined to try, ibuprofen is the way to go, as no foods have proven effective at decreasing inflammation. However, one can experience increased inflammation through overeating, especially after gorging on vittles high in saturated fat. After such gluttonous behavior, the body churns into overdrive as it struggles to metabolize all the munchies you’ve crammed into your pie hole while stretched on the recliner. Any such inflammation disappears after digestion. So the relationship between food and inflammation is that eating moderate portions will prevent it, other than the times where it’s the result of disease or injury, in which case it has curative properties you wouldn’t want extinguished. The key is the size of the meal, not its contents.

Some proponents of allegedly anti-inflammatory diets will blame processed foods, but this is another ill-defined term. Any change is a process, so a list of such foods would include any that are cooked, sliced, juiced, peeled, frozen, pickled, dried, sugared, fermented, dehydrated, canned, or pasteurized. As Skeptoid’s Brian Dunning put, “An uncut, unpeeled fruit or vegetable is about the only unprocessed food that it’s possible to get.”

So unless one is prepared for a diet of orange rinds and the like, the intake will include processed foods. And again, from an inflammation standpoint, as long as the portions are reasonable, a diet of cucumbers, beans, and salmon will produce the same results as one of pizza, French fries, and maple long johns. Now that’s an anti-inflammatory diet I could get into, and it would work as well as the rest.