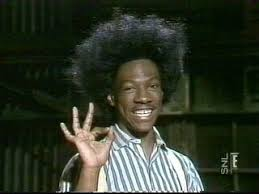 Perhaps preparing for the annual Congressional baseball game, Senate Republicans lobbed softballs at Brett Kavanaugh, who revealed little about his positions beyond expressing a fondness for theocracy. But for a few observers, the focus was less on the man representing a historic swing of the Supreme Court and more on the woman sitting behind him. More specifically, they were captivated by her hand gesture.

While sitting in camera view, lawyer Zina Bash brought her thumb and index finger together while jutting the three remaining fingers skyward. The symbol has long meant “OK,” but some interpret this digital juxtaposition to mean “White Power,” with the hand supposedly spelling WP. The third, ring, and pinkie fingers come close to forming a W, but the circle created by the index finger and thumb looks nothing like a P. This more sinister meaning of the traditional OK sign likely started as joke or a Poe, but has come to be taken as gospel in some swaths of the no-evidence-required Internet.

Like alien and cryptozoological enthusiasts who ignore the amazing astrological and biological wonders of our world to chase after something still more, those who find racist code in the OK sign flashed at the Kavanaugh hearings are trying way too hard. Dr. Eugene Gu Tweeted that the hand gesture equated to “flashing a white power sign. They want to bring white supremacy to the Supreme Court.” His fellow Twitter warrior, author Amy Siskind, agreed that the gesture was inherently bigoted and should sink the Kavanaugh nomination. But with reports surfacing of the Trump Administration deporting U.S. citizens of Hispanic lineage, government actions are terrifyingly racist right now without having to make stuff up.

The situation is reminiscent of the Procter & Gamble Satanic panic during the 1980s, when the company’s bearded man-in-the-moon logo was said to form three sixes. It took extremely creative interpretations to reach this conclusion, and even then, the connected celestial facial hairs didn’t much resemble the number in question. More recently, Monster energy drinks have been subject to the same slander, as the company’s logo, when turned outside down, is said to vaguely resemble the Hebrew symbol for 666, even though 666 wouldn’t be written in such a way in that language. The funk rock group 311 has had similar baseless allegations thrown at it. The band takes its name from the Omaha police code for indecent exposure, but a rumor had “311” referring to three consecutive iterations of the alphabet’s 11th letter, or KKK. It speaks to a conspiracy theorist’s motivation that their deducing of a letter equivalent for 311 would end up being KKK instead of CCCCCCCCCCC.

Back in the present day, Bash is from Mexico and she has a Jewish parent, making her a supremely unlikely white power proponent. But maybe she’s a self-loathing conspirator. That’s as good a reason as theorists have come up with for this or any other furtive silent message supposedly sent by the rich and powerful. Such allegations lack any proof and believers are unable to provide specifics on why the message is being sent or for whom it is intended.

While famous persons may sometimes be photographed with unexplained or unusual hand positioning, skeptic leader Benjamin Radford has a good explanation. He wrote, “Any high-profile person in the public eye enough may be photographed tens of thousands, or even millions, of times in a wide variety of contexts. Anyone wishing to spend the time and effort to comb through photos searching for a specific, seemingly significant wave or position of the hand or fingers can surely do so.”

Most of us prefer patterns over ambiguity, which explains why were see animals in clouds, sailboats in Rorschach blots, a face on Mars, and Jesus in our linguini. While we are all subject to this pareidolia, those with conspiracy leanings add sinister meaning to hand symbols. This is all the easier since they are determined to find it. During a Beyoncé Super Bowl performance, the megastar posed with her hand making a diamond shape. This could have been her expressing love for solid forms of carbon, a reference to her husband’s Roc-a-Fella record company logo, or something else. But for some conspiracy theorists, it could only mean endorsing world domination by Illuminati overlords who may have reptile tails.

But all this comes with a massive contradiction. Theorists insist the conspirators have a secret plot to subjugate or destroy us, yet they ensure clues about this are broadcast worldwide. They ignore this contradiction and spread their slander. And that’s not OK.