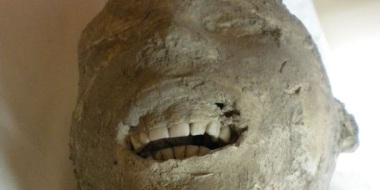 Online, there are tantalizing testimonials and awesome anecdotes about concentrated hydrogen peroxide’s amazing ability to slay a number of serious conditions. These include Lyme disease, cancer, heart ailments, brain tumors, diabetes, HIV, and Parkinson’s. This long string of anonymous praise does not have a corresponding lengthy list of studies cited by PubMed, which ascribes no power to the fizzy concoction’s efficiency, outside of an ability to whiten teeth.

In fact, when ingested in enough quantity and at a high enough concentration, hydrogen peroxide results in mucosal burns, ER trips, permanent disabilities, and even death. In an article for Undark, Karen Savage interviewed Dr. Brendan Byrne, who has seen patients who overdosed on hydrogen peroxide, necessitating that he give them hyperbaric oxygen treatment. This is normally reserved for scuba divers who surface too fast. Not that any concentration should be considered safe for consumption, he warned.

“Hydrogen peroxide at any concentration, if drank, reacts with a natural enzyme in the body and produces very high volumes of oxygen,” Byrne said. “That oxygen has to go somewhere. It crosses the membrane of the gastrointestinal tract into the blood vessels and those resultant bubbles block up the blood vessels, leading to heart attacks, strokes, and other complications.”

At concentrations under 10 percent, hydrogen peroxide is used to disinfect scrapes and as a cleaning solution. Higher concentrations are employed in wastewater treatment and sometimes in swimming pools. Extremely high concentrations can be used as rocket fuel. Often, Food Babe will issue an alarm about a certain food ingredient also being used is something like, well, rocket fuel. She ignores or is ignorant of the fact that what a substance is mixed with will change its properties. But in the case of gulping hydrogen peroxide at a high enough concentration, the person IS downing a rocket fuel, yet Food Babe is silent on this since it’s an alternative medicine treatment. Hydrogen peroxide in drink form has another element that alt-med proponents normally eschew, as it is an oxidant.

Our bodies produce hydrogen peroxide and this promotes health, but Scott Gavura at Science-Based Medicine wrote that ingesting it for still more benefit is futile:  “Consuming or injecting peroxide and hoping for some sort of medicinal effect is the medical equivalent to spraying gasoline all over your car’s engine and interior and then wondering why it doesn’t make the car run better. Like gasoline in an engine, you need the right substance in the right place at the right time and under the right conditions in order to have a useful effect.”

Not all proponents favor drinking it; some think it should be sent straight into the veins. Advocates of this approach mistakenly believe that a lack of oxygen in the tissues allows toxins, viruses, and bacteria to accumulate, and that the release of oxygen from intravenously administering hydrogen peroxide is beneficial.

While they are wrong about the lack of oxygen having the specific deleterious effects they mention, Dr. Saul Green at Quackwatch explained that shooting up hydrogen peroxide wouldn’t help even if they were right. He wrote, “When arterial blood leaves the lungs it is 98 percent saturated with oxygen and so it becomes impossible for the intravenous infusion of hydrogen peroxide to further increase the amount of oxygen carried to the tissues.”

Misuse of this product is partially associated with the notion that humans need to regularly cleanse and purify ourselves. This mindset acts as a secular version of exorcising demons and atoning for our sins. But as noted, internal use at high concentrations can kill you, although you will be laid to rest with immaculate teeth.