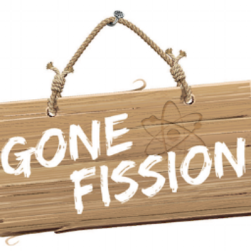 In such locales, an energy source heats water, which creates steam, which cranks a turbine, which generates electricity. The same principle would apply to a thorium reactor but with the advantages of the source material being much more plentiful than uranium, producing less radiation, and that radiation being easier to transport. Additionally, they could not be used to make nuclear weapons since no weapons-grade fissionable material is used. This further means there is no danger of the materials being purloined by terrorist groups, organized crime, or spies and being used to craft a doomsday device.

Thorium power plants would be safe because they cannot suffer a meltdown since the fuel is already molten. It is in salt form that cannot be burned or boiled away. It has to be kept hot by continually adding fertile elements or the reaction stops.

So why aren’t thorium reactors going up around the world? According to a report by the International Atomic Agency, the gist is that while thorium reactors hold promise, there are technological hurdles to be overcome and right now, it’s easier to stick with a method that is effective, though possibly inferior. Lengthy, costly research would be needed, followed by exacting and expensive construction. It would further require manufacturing of a different type of reactor, an efficient means of deriving fuel from thorium ore, and a sure means of handling waste. It’s not simply a matter of plopping thorium pellets into existing uranium reactors and immediately harnessing the benefits.

The report laid out these obstacles: 1. Existing industrial and utility commitments to uranium reactors. 2. The lack of incentive for industrial investment in supplying fuel cycle services. 3. Extensive manufacturing and operating experience with uranium reactors, contrasted to their thorium counterparts. 4. The less advanced state of thorium reactor technology and the lack of demonstrated solutions to the major technical problems associated with the concept.

Steven Novella of the New England Skeptical Society encapsulated it this way: “Until someone completely designs, builds, and operates a thorium reactor, there will continue to be a lot of speculation on many of these details,” and a reluctance to jettison what is already working.

For some, the more scintillating answer is that a conspiratorial cabal is keeping the technology hidden or repressed. But like the electric car or hidden cancer cure theories, this falls flat when one realizes that a Shark Tank member or other venture capitalist has access to the resources, technology, and drive to make this happen. All billionaires would need to be in on this conspiracy, agree to make no money off it, and expect their profit-driven brethren to do the same.

The means of achieving a workable thorium reactor is known, not repressed. No one is hiding it, but neither is anyone committed to overcoming the obstacles.