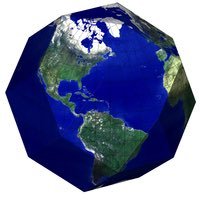 The notion of equal time is legitimate when it comes to opinion, but not when it comes to fact. Creationists call for equal time in taxpayer-funded schools but they are promoting a position that is unfalsifiable, untestable, and unprovable, short of the biblical god descending from the heavens and showing us how it works. While such equal time efforts have failed, southern states, particularly Louisiana, continue to try and skirt the law.

Meanwhile, Louisiana’s equally-backward neighbor, Texas, has textbooks which teach Moses was a U.S. Founding Father. Supporters say this inclusion is justified because of the American justice being inspired by the 10 Commandments. These claims are not on shaky ground, they are at the epicenter of an 8-richter earthquake. Only two of the 10 Commandments are also laws, and those – murder and stealing – are crimes in every jurisdiction worldwide.

The truth being denied to Texas schoolchildren is that the Constitution was assembled from the ideas of ancient Rome, the Magna Carta, the Enlightenment, the Mayflower Compact, the House of Burgesses, the Federalist Papers, and the Declaration of Independence. As to Moses and his tablets influencing U.S. law, contrast the First Amendment to the First Commandment. The former guarantees the right to worship any god or goddess or none at all; the latter mandates worship of the Abrahamic god. Yet Texas schoolchildren are learning that U.S. legal system stems from the ideas of Moses instead of John Locke, whose Letters Concerning Toleration served as a blueprint for the Constitution’s assurance that church and state shall not be intertwined.

Considering this anti-fact victory and inexhaustible attempts to get creationism taught in biology class, it seems only a matter of time before calls for flat Earth equal time are heard. As such, it pays to be prepared for this eventual absurdity. (UPDATE: This has now happened).

One of the first pieces of evidence for a circular planet was noticed by Aristotle when he saw that a ship’s top was the first vessel part viewed when it approached from the horizon. Were Earth flat, Aristotle realized, we would see the front of the ship first. Since then, we have managed manned space flights, global positioning systems, and pictures of a round Earth, none of which is enough to convince some persons about its shape. So here are some more arguments if you ever need them.

Earth’s round shadow is cast on the moon during a lunar eclipse. The flat Earth retort is usually that, rather than Earth, an unknown mysterious object is casting the shadow. This mystery object has magic powers, as it gets this close to Earth without having its gravity affect our planet. This mystery-object answer is a synopsis of the flat Earth position. In his Forbes article addressing flat Earth arguments, astrophysicist Ethan Siegel noted that a person cannot be reasoned out of something they didn’t reason themselves into. So it’s OK to make these points known, just be aware that they are unlikely to change flat Earth minds.

A lesser-heard claim regarding lunar eclipses is that Earth is indeed casting its shadow, but what appears to be a ball is actually a plate as if viewed from the top. But the image is always the same, which would only be possible only if the sun-flat Earth-moon positioning were identical during every eclipse. This would further necessitate eclipses occurring at the same time of night during every instance.

With regard to solar eclipses, flat Earthers armed with a flashlight and plate argue that the moon’s shadow should be bigger than the moon since the image on the wall is larger than the plate during their experiment. However, the sun is a distant, diffuse light source instead of a nearby point source, so this analogy is mistaken.

Another argument in the round Earth arsenal is that the moon looks different depending on which side of the equator the moon gazer is on. The perspective will be different owing to the planet’s curvature. Similarly, different stars are visible from different latitudes. In Canada, persons can see the Big and Little Dippers and the Pleiades, while those in Chile are never afforded those views. Likewise, Chilean astronomers can see Alpha Centauri and the Southern Cross, sky gazing sights denied to those north of the Equator. Were Earth flat and stationary, we would all see the same sky images.

When Charles and Marjory Johnson were profiled on the NBC program Real People in the late 1970s, they were the only two members of the International Flat Earth Society. The organization had blossomed to 3,500 by the time Mr. Johnson died 21 years later and the Internet, which ironically sometimes employs satellite technology, has enabled the movement to rise again, although not high enough for its members to see Earth’s shape.

Adopting this position requires more than asserting the planet’s form. Insisting on flatness requires a very long series of ad hoc rationalizations since a round, rotating Earth explains seasons, varying amounts of daylight throughout the year, light and dark cycles, and eclipses. All this must be rationalized away to make a flat Earth work.

As such, flat Earthers think the moon and sun are close to our planet, are each 32 miles in diameter, and move in a perpetual circular path around the North Pole. This creative argument is used to try and explain why it’s light and dark in different places, but it fails to consider Antarctica, which is omitted from flat Earth maps. Nor does this argument account for daylight lasting longer depending on the time of year and latitude. If the flat Earther explanation was correct, there would be equal amount of light and dark each day in all parts of the planet.

The Flat Earth map also contains many spacing errors. For instance, Chile and New Zealand are about 2.5 times farther from each other than they are on a globe, whose distances we know are correct because of flight times. On a flat Earth, pilots flying from Auckland to Santiago would go over Galveston, Texas, and the trip would take nearly 30 hours.

These pilots would need to be in on the fix, as would be astronauts, GPS manufacturers, satellite manufacturers, and high-altitude jumper Felix Baumgartner. Flat Earthers point out that these persons receive fortune or fame from maintaining the global conspiracy, but in so doing commit one of the most common conspiracy theorist mistakes: Presuming that benefiting from means being responsible for. Persons who sold their stock market investments in September 1929 benefited from this decision but that does not mean they caused the Crash. None of the nearly million persons that would be necessary to continue this hoax have come forward and it would require the Soviet Union knowingly allowing the United States to falsely claim winning the race to the moon. As to high-altitude photos, flat Earthers offer the comical reasoning that they are taken with a fish eye lens, even though the planet is the only object in the pictures so affected.

Then we have circumnavigation. Flat Earthers claim circumnavigators are merely going in broad circles around the North Pole, which they consider to be in the middle of the planet. This is a lie, as Magellan’s crew and subsequent seafarers have gone roughly east or west the entire trip and ended up back where they started. Flat Earthers insist north-south navigation has never been done, but Sir Ranulph Fiennes accomplished this from 1979-1982. When I pointed this out to a believer, his response was that “Sir” provided the relevant clue, as Fiennes had been awarded knighthood for his part in the perpetuating the myth. This, even though in 1979, only a few hundred Earthly inhabitants thought their planet was flat, eliminating any need for myth-strengthening.

Next, consider different seasons. I wish I had done so when I traveled from Hawaii to Sydney in June and forgot about this. I showed up wearing shorts and a T-shirt in the winter. I had to put the opera house and kangaroo watching on hold and make  a clothing store my first stop. The yearly orbit of Earth around the sun explains the change in seasons and seasons being reversed in Hawaii and Australia. This could not happen on an planet that perpetually remained at the same angle to the sun.

Additionally, Siegel noted that viewers on the peak of Mauna Kea, the Big Island’s highest point, cannot see Kawaikini, which sits on Kauai. Kawaikini is 303 miles away and could be viewed if Earth were flat. But with a curved Earth, the line-of-sight limit is at 233 miles.

The modern flat Earth movement may have been launched by Samuel Shenton, who was still in a round Earth mindset when he designed a dirigible he thought could lift off from England, hover for a few hours, then land in North America, since Earth would rotate beneath his floating vehicle. This comical attempt failed because the atmosphere and anything in it moves with Earth. To overcome this force, energy such as is expended by an airplane is needed. Rather than admitting this embarrassing gaffe, Shenton insisted he had discovered a repressed truth, and he dedicated the rest of what passed for his life to flat Earth evangelism.

On another point, mass attracts objects to it. Siegel wrote, “The force of attraction between two objects depends on their mass and the distance between them. Gravity will pull toward the center of mass of the objects. On a sphere’s surface, gravity will pull you toward the sphere’s center of mass: straight down. Since a sphere has a consistent shape, no matter where on it you stand, you have exactly the same amount of sphere under you. By contrast, the center of mass of a flat plane is in its center, so the force of gravity will pull anything on the surface toward the middle of the plane.” So on a flat Earth, Newton would have never been hit by that apple, which would have been flung sideways.

The Flat Earth Society retort to this is, “Sphere earth gravity is not tenable in any way shape or form,” an assertion it supports with no research, experiments, or evidence. Again, you can lead them to the scientific waters, but you can’t make them drink.