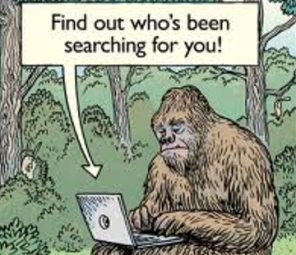 There are some people who delight in past mistakes made by scientists. They enthusiastically repeat these tales of science failures by posting them on the Internet or texting them into a cell phone, all while living in a world with airplanes and without smallpox.

What they fail to understand is that science is a process, not an end point. This process includes attempts to falsify and recalibrate, and test again. When mistakes are made, they are acknowledged and corrected. Moreover, such mistakes don’t prove competing notions, despite the assertions made by proponents of alternative medicine, creationism, and cryptozoology.

In my skeptic experience, science-loathing crypto lovers are relatively few in number. A majority of those intrigued by the concept of discovering a giant new beast present the search as part of a continuing effort to expand zoology. Now, I’ve never been much impressed by this rationale. There are a gazillion undiscovered insects out there, and if increasing our knowledge of the animal kingdom were the goal, those on Finding Bigfoot would instead be pursuing a graduate degree in biology while using their vast entomological knowledge to find new creepy crawlies. They wouldn’t be looking for Bigfoot, they’d be looking for the little critters he might snack on.

Since less-intense members of the cryptozoological community advertise themselves as broadminded and merely considering the possibly these creatures exist, this means they are at least ostensibly open to the possibility that there are no monsters under the bed, on the mountaintop, or in the jungle.

Then there are those who offer no pretense of open-mindedness. Many conspiracy theorists offer self-congratulation for being able to think for themselves and see through media accounts. But they then quaff however much speculative and poorly-substantiated tripe the conspiracy websites can offer them. Similarly, crypto fanatics say they are the ones who are advanced enough to realize these creatures exist and excoriate anyone who questions this. Consider their reaction to skeptic Benjamin Radford’s essay on 10 reasons Bigfoot was supremely unlikely.

On the site cryptomundo.com, one fervent believer called Radford a nihilist, another said he was an attention-seeker, while a third said debating skeptics or proffering evidence was a waste of time since “they wouldn’t consider the possible existence of Sasquatch even if they tripped over one.”

Our purpose here today is to demonstrate this claim’s falsity. First, a definition. A cryptid is a proposed animal based on anecdotes, lore, and eyewitness accounts. However many known animals there are in the world, that’s how many have gone from undiscovered to discovered, so it has happened for millennium and will continue to occur. This includes a few animals whose existence seemed unlikely, but then was validated. However, these are not triumphs for cryptozoologists because these new creatures were not found by cryptomundo.com, YouTube regulars, or MonsterQuest producers. They were discovered and examined by anthropologists, zoologists, or biologists using the Scientific Method.

Most important, confirmatory evidence was embraced, not shunned or suppressed, despite claims of the cryptomundo crowd. Insinuations of science being unbending and perhaps even covering up newly-discovered truths are frequent among pseudoscientists. They also play the Galileo Gambit, which is what a cryptomundo regular calling himself Hapa did. He wrote, “Plate tectonics were laughed at and was without peer review yet now is as accepted as gravity and atomic theory.” But validation of plate tectonics does not mean that Bigfoot also being ridiculed and unsupported by peer review is proof of its existence. In critical thinking circles, that is known as the false equivalence fallacy.

Further, ridicule and lack of peer review could be overcome. Consider the platypus, a venomous, egg-laying mammal with a duckbill, otter-like feet, and a flat tail.  Another odd distinction it holds is being one of only two known mammals to hunt by means of electroreception. Many in the West presumed the platypus to be a fraud. To be sure, it is such a hodgepodge animal that it could be used as a rejoinder to the crocoduck challenge issued by confused creationist Ray Comfort and his sidekick, Kirk Cameron.

While scientists viewed the platypus with suspicion, that’s different from being closed-minded. They asked to see the evidence and it was presented. By contrast, this is not possible with Bigfoot, Yeti, or the Loch Ness Monster. There is no evidence to see, nothing to analyze, nothing to put under the microscope, no body part to test, no findings to submit for peer review.

But with the platypus, there was a corpse to consider, and George Shaw, keeper of the British Museum’s department of natural history, examined the find. The Aussie animal was so quirky, and coming in the era of P.T. Barnum and the Fiji mermaid, Shaw had to consider the animal to be a potential hoax. But after careful reviewing the evidence and following the Scientific Method, Shaw became convinced. He wrote, “I can perceive no appearance of any deceptive preparation, nor can the most accurate examination of expert anatomists discover any deception.”

Despite the claims of the cyrptomundo aficionados a few paragraphs back, scientists embrace newly-confirmed evidence. If Hapa and his cronies ever produce a Sasquatch specimen that shows itself to be genuine under the protocols Shaw used on the platypus, Bigfoot will be acknowledged, given a scientific name, and categorized.

Similarly, the giant squid for centuries was thought to be in the purview of exaggerated sailor stories. The aquatic beasts were referenced by Aristotle and Pliney the Elder, but it wasn’t until the mid-19th Century that note was made of carcasses washing up ashore. These were examined and, through science, the giant squid went from a kraken-like myth to a verified reality.

Other examples of confirmed cryptids are the mountain gorilla and komodo dragon. There is also the okapi, whose discovery and confirmation doubled the size of the Giraffidae family. Nineteenth-Century Europeans had heard tales of an elusive forest beast known as the African Unicorn and this was confirmed when the British governor of Uganda, Sir Harry Johnston, came into possession of an okapi skull and hide. These are examples of the third strongest piece of evidence when looking for new animals, after a live specimen and a complete corpse. When the okapi remains were confirmed as authentic, science classified it.

Cryptozoologists sometimes use such finds to bolster support for the existence or Chupacabra, Sasquatch, Nessie, or Yeti. But these so-far mythical beasts lack the proof that moved the other animals from suspected to confirmed. Fuzzy photos, wide-eyed witnesses, and ad hominem attack on skeptics are not evidence.

It is understandable why a giant squid would be hard to find and the large terrestrial mammals that Western scientists were only able to verify in the 19th Century lived at a time when getting from England to Africa or Australia was much more arduous, time-consuming, and expensive than today. Also, these were solitary animals living in remote locations, such as a dense forest, nearly insurmountable mountaintop, or Australian outback.

By contrast, Nessie is said to reside in an enclosed area, there are now regular treks up the Himalayas, and Washington state forests have been visited by outdoors enthusiasts and vacationers for decades. No Sasquatch has been killed by a hunter or vehicle, no hiker or camper has stumbled onto its remains. Then there are the untold hours spent by persons using video equipment, bait, and night vision devices to search in the precise location where sightings have been alleged, and none have come away with so much as a hair or tooth fragment that might belong to the sought-after cryptid.

If Finding Bigfoot lands its prey, I will announce this as a major cryptozoologist victory, and will do so standing on my head for good measure. But so far, the platypus, giant squid, mountain gorilla, okapi, and komodo dragon, and every other confirmed creature were discovered by scientists. This shows why measured inquiry, careful investigation, and verified evidence is valued over hearsay, speculation, and desire.