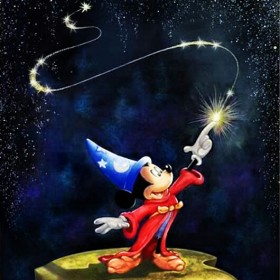 Johrei is described by proponents as a healing attained through manipulation of a mystical energy field. Practitioners move their hands around the client without touching them, with a goal, according to the Johrei Institute, of “using of universal life energy to foster positive changes to the physical and spiritual body and to dispel negative energy.”

These descriptors do little to differentiate Johrei from Reiki, Therapeutic Touch, Qi Gong, and other practices that purport to access an unspecified type by energy by an undefined means for generic health benefits.

Where Johrei somewhat distinguishes itself is that its sessions are about more than purported healing. Johrei advertises itself as a belief system that incorporates art appreciation, flower arranging, and organic gardening. Adherents view these activities as a means to attain spiritual enlightenment, satisfy a deity, and eventually access an Earthly utopia.

The Johrei Fellowship says it does not diagnose or treat illness, yet the Johrei Institute, which is run by the fellowship, proclaims the practice to be “non-invasive energy healing.” It also calls attention to Johrei’s “universal vibration,” which it redundantly notes is “available to all.”

As to Johrei’s efficiency, the fellowship states, “In most cases, the effects of Johrei become enhanced with repeated practice over several weeks. But each individual is unique depending on existing circumstances.” In other words, keep using our stuff until it works.

The institute describes itself as having been “established to prove the effectiveness of Johrei through scientific medical research.” It begins with the assumption that it works, then seeks confirming evidence, as opposed to following where the evidence leads.

All researchers on the Institute’s website are staff members at the University of Arizona. In its search for this Fantasia energy, the university has received $2 million of taxpayer money via the National Center for Complementary and Integrative Health.

Here’s what you’re paying for. Researchers at U of A are looking into the feasibility that, per the Johrei Fellowship, “Illness is the manifestation of the universal principle that whenever an accumulation of negativity occurs, a cleansing action takes place. Physical purification is a sign that our life force energy is working properly. Colds, coughs, and fevers cleanse our bodies to eliminate accumulated toxins and are nature’s way of restoring rhythmic balance.”

A likeminded confused ramble is provided by their compatriots at the Johrei Institute: “Johrei is a manifestation of divine energy that can be transmitted through one individual to another for spiritual healing. As the spiritual body is cleansed, the mind and body are also uplifted, healed and attuned to spiritual truth.”

Nothing in there about statistically significant results, falsifiability, testability, repeatable experiments, or randomized sample groups. As such, it’s little wonder that Science-Based Medicine’s Jesse Luke found only 19 results when he typed Johrei into a PubMed search. By way of comparison, another form of healing, chemotherapy, yields 3 million entries. As to Johrei’s PubMed literature, the practice was the focus of such titles as “Johnrei Effects on Water: A Pilot Study by Counting Drops,” “Effect of spiritual healing on growth of bacteria cultures,” and “Johrei enhances the growth of sucrose crystals.”

Luke reviewed the studies and provided this analysis of Johrei: “There is no credible mechanism with which it could interact with a human body to exert effects, no reason to suspect its claims of divine providence are possible, nor that other components such as flower arranging could lead us to an earthly utopia.” That’s good enough for me, but if wanting more specifics on Luke’s take, those are available here, beginning with paragraph 13.

Johrei is one of the least original alternative medicines forms, heavily copying Reiki. It was made up just a few years after Reiki, also in Japan, and involved a vague energy which a practitioner transferred to the client by hand gestures. Also like Reiki, the creator of Johrei (Mokichi Okado) asserted he had received this healing power through mountaintop enlightenment. Another similarity Johrei has to Reiki, as well as every other alternative medicine procedure, is a complete lack of cures it has bestowed on the world.

Of his search for such cures, Okado said, “A permanent solution for disease is not possible by treating only the body and neglecting the spirit.” I for one am glad that approach was not adopted by Edward Jenner or Jonas Salk.