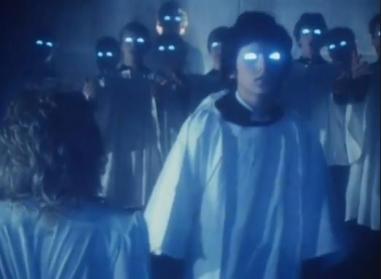 Energy is a measurement of the ability to do work. However, the term morphs into a deliberately vague concept when alternative medics reference it in conjunction with auras, chi, prana, crystals, or biofields.

When a local hospital advertised Reiki on its website and attributed to it a number of amazing powers, I queried administrators and media coordinators for more information. I asked about the source or Reiki energy, how it is accessed, what instrument determines how much is being used, what unit the energy is measured in, and how it is transferred to patient to practitioner.

They could answer none of this, nor any other question. I have found this to be the case for every proponent and practitioner of energy medicine and healing. They can offer no explanation for how it is stored and whether the energy source is heat, food, explosive compounds, or spinning flywheels.

New Age energy is a highly supple, adaptive catchall phrase that suggests a benevolent pulsating ball of light that cannot be seen but can always be accessed with the correct hand gyrations or ersatz electronic implement that beeps and hums. After treatment, the patient will feel refreshed, enlightened, healed, or be in touch with nature, angels, aliens, or lost souls. This is done by unblocking, harmonizing, unifying, tuning, aligning, balancing, or channeling a life force that takes the form of an invisible yet glimmering blob.

New Agers pilfer science terms, but use them incorrectly to come up with phrases such as “aligning cell vibration,” “digital frequencies of allergens,” and a seemingly never-ending list of terms using the prefix “quantum.”

A certain German theoretical physicist let us know that energy equals mass times the speed of light squared. Putting what that means into practical terms, Brain Dunning at Skeptoid explained, “Speed is a function of distance and time, so energy can be expressed in mass, distance, and time. That’s how we define work that can be done. Energy is a measurement of work. If I lift a rock, I’m inputting enough potential energy to dent the surface of the table one centimeter when I drop it. The calories of chemical potential energy that my bloodstream absorbs when I eat a Power Bar charge up my muscles enough to dig 100 kilograms of dirt in my garden. Nowhere did Einstein discuss hovering glowing clouds or fields of mystical power generated by human spirits.”

Dunning suggests that when hearing the word energy in an esoteric or healing sense, substitute the word with the definition, “measurable work capability” and see how much sense the phrase makes. When doing that, you will get sentences likes this:

“The human race has known about the existence of a universal measurable work capability related to life for many ages.”

“Each individual organism or material radiates and absorbs measurable work capability via a unique wave field.”

“Healing Touch is a therapy that helps to restore and balance measurable work capability that has been depleted.”

For these claims to have any merit, those making them should be able to describe how this energy is stored, manifested, and utilized. Dunning wrote, “Is it potential energy stored in the chemistry of fat cells? Is it heat that can spread through the body? Is it a measurable amount of electromagnetism and if so, where’s the magnet? In any event, it must be measurable and quantifiable, or it can’t be called energy.”

By contrast, alternative medics use energy for claims and terms they cannot measure, quantify, or describe. They use it to renew chakras, perform Reiki, attain universal consciousness, chase ghosts, or commune with a higher plane.

But energy is not a substance any more than mass or volume are. Nothing is composed of energy any more than it is composed of mass or volume. Still, various new age modalities purport to harness, modify, and transfer unknown energies of unknown origin and access them through unknown means and control them with an unverified instrument or method. Proponents make fallacious appeals to both antiquity and novelty, highlighting energy medicine’s supposed shamanic and exotic roots, while also making futurist references to subatomic waves and vibrating biofields.

Those practices that appeal to antiquity, such as Reiki, Therapeutic Touch, and qigong, are all faith healing without the religious trappings. Some practitioners require the patient to be present, which appeals to those who feel comforted or loved when attended to by a charismatic craniosacral therapist or iridologist. Others do healings by Internet or telephone or even by just wishing it. This is a logical extension of the practice; If energy can be captured and honed for our benefit, the idea of doing so from afar is consistent with the use of this ability.

For those who prefer their medical magic more Jetsons than Flintstones, orgone is a universal life force which is massless and omnipresent and which can coalesce to create microscopic units, galaxies, and every-sized structure in between. If they coalesce insufficiently in humans, disease results. Meanwhile, in radionics, disease is diagnosed and treated with an energy similar to radio waves. Then there are the clinicians whose field rests on auras and chakras, the key components in an alternate anatomy.

While the terms and techniques differ, the overarching idea is the same: An invisible, unmeasurable, unverifiable force will offer relief from pain, inflammation, nausea, high blood pressure, rosacea, osteoporosis, hernias, and almost any other malady.

While there are many anecdotes and much post hoc reasoning attesting to wonderful results, there is no evidence of a metaphysical life force that determines health depending on whether this energy source is freely flowing.

The original energy healer may have been Franz Mesmer, who had many women and a few men swooning over his animal magnetism in the 19th Century. While there has been no research affirming the existence of any energy accessed and stored by Mesmer or his alt-med successors, the concept continues today. These metaphysical notions should have gone extinct with the advent of Germ Theory, yet the likes of Reiki and Therapeutic Touch continue in the gyrating hands of 21st Century hospital nurses.

The impracticality of such methods was demonstrated by 9-year-old Emily Rosa, the youngest person to have a paper published in a peer-reviewed journal. Rosa tested Therapeutic Touch practitioners using a simple but brilliant method. In Therapeutic Touch, the practitioner supposedly has the ability to place their hands over the patient’s hands to see if healing is needed, and is then able to tap into healing powers and transfer them.

Rosa constructed a cardboard cutout the practitioners could place their hands through without being able to see if a patient was on the other side. Practitioners had a 50 percent chance of being right by guesswork, yet failed to hit even that level, detecting energy fields only 44 percent of the time in 280 trials. Before, they claimed the ability to detect, control, and transfer the healing power, but when put to a controlled test, they were unable to determine even if a patient and their accompanying energy field were present.

Energy healing failed this test and all others. There are no double blind studies or other research attesting to the existence of a curative gleaming sphere floating through the ethers waiting to be snatched by a naturopath. Seeking it out is a waste of measurable work capability.

One thought on ““Bungle of energy” (New Age energy)”