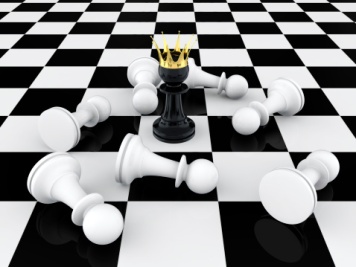 When my cousin complained about having to press ‘1’ for English, I asked her, “How do you think the Cherokee and Choctaw feel about it?”

The cousin’s us-against-them mentality has been displayed by many others since the election. When the Texas senate passed an anti-gay adoption bill last week, legislators said they were emboldened to do so because the president had endorsed ‘religious liberty,’ which these days is translucent code talk for “license to discriminate.”

Those celebrating this religious liberty refrain from extending the concept to Islam, which has been the subject of more fierce opposition in the last year. The most notable example was Trump’s failed attempt to prevent travel from seven Middle Eastern and African nations. For some, the ban went nowhere near far enough, and in some bigoted corners, the focus on Hispanics and Muslims has caused brown to replace black as the most denigrated skin color.

Ironically, those making these complaints are beneficiaries of the only time in U.S. history that immigrants and their descendants have run the indigenous from their homes, claimed their natural resources, supplanted their religion, dressed them in invaders’ clothes, and implemented a new language. This conquest eventually allowed the interlopers’ descendants to worry about losing their dominance and to grumble about automated telephone options.

For some, it’s just a bitch fest. For others it involves more substantial animosity. There have been thousands of Christian invocations to open U.S. House sessions over the decades, but just one Hindu prayer threw some fundamentalists into apoplectic shock.

Timothy Dailey of the Family Research Council considered the sinister supplication to be responsible for the quaking of Western Civilization. He wrote, “Our founders expected that Christianity – and no other religion – would receive support from the government.” In truth, our founders had expected that no religion would receive government support. Something about “Congress shall make no law respecting an establishment of religion, or prohibiting the free exercise thereof.”

Following this embrace of alternate truth, Dailey wistfully added, “The U.S. has historically honored the One True God.” That being the one Dailey was told from preschool to believe in. He then added the obligatory Armageddon overtones, finishing with, “Woe be to us on that day when we relegate him to being merely one in the pantheon.” Somehow nearly every universities’ religious studies program has done this for centuries without experiencing boils, lice, or other plagues.

Dailey’s hyperbolic reaction is a microcosm for how entitled majorities respond when they are subjected to rare instances of being treated equally rather than with preference.

Some take their objection to more equitable treatment even further than Dailey. There are racists who think it’s part of a movement to make whites a minority in countries where they are now a majority. Depending on the fervency and cranial capacity of the believer, this may extend to a conviction that there are plans to round up palefaces and eventually exterminate them.

As to who is to blame for this nascent holocaust, the most obvious perpetrators are anyone who resides in or wants to move to the U.S., Canada, or Europe without being white. Other conspirators are those who marry minorities, plus the whites who through action or apathy allow this immigration and miscegenation.

But like most good conspiracies, the bulk of nefariousness is done by shadowy types. In this theory, there is no code talk of Illuminati, Bilderbergers, Rothschilds, Skull & Bones, Bohemian Grove, or international bankers. They’ll just come out and say ‘Jews,’ or an epithet for the same. Unexplained is how the Jews perpetrating this white genocide will escape it since they too are light-skinned.

While whites need to be ushered out, the plot only works if minorities increase their numbers, so a high birth rate among nonwhites is one of the volleys being fired in this stealthy assault. Theorists point out the U.S. had once been 85 percent white, while it is now 63 percent. Reasons for this trend include the high number of Asian tech workers, scant job opportunities in the Third World, and acceptance of war refugees. But believers ignore these factors and instead describe a plot to murder them and their supremacist brethren. They assert that America’s Zionist government (which is 8 percent Jewish) will continue to push white numbers lower until they dwindle to a point where resistance to the Caucasian Catastrophe is futile.

There have been differing definitions of white over the years and in different parts of the world. Spaniards, Slavs, Finns, Jews, Italians, and the Irish have all been considered white or not white depending on who was doing the deciding. For the hard core racists, the defining characteristic is low melanin amounts, although they exclude the Jews for no rational reason. It is presumably an attempt to emulate the Nazis, who presented the Aryan ideal as fit, blonde, blue-eyed, and square-jawed – features noticeably absent among Third Reich leaders. Since there are differing definitions of who is white, it is unclear how broad this genocide net is being cast. Even more blurry is what evidence the theorists have for their position.

Genocide is the attempt to wipe out a group of people, but this isn’t always limited to mass murder. It can include mutilation, torture, forced sterilization and abortion, curtailed liberties, kangaroo courts, kidnappings, the breaking up of families, child conscription, human trafficking, and mandatory repatriation or exile.

Irish blogger Robert Nielson notes that no Western governments or private entities are foisting any of this en masse on whites. To the contrary, many whites continue to enjoy long life expectancy, excellent medical care, and a comfortable standard of living. Someone who is lower middle class in the U.S. would be well-off in parts of Latin and South America.

Further, while the percentage of immigrants in the U.S. has gone up over the last 30 years, that’s true in many countries where being white and a minority are synonymous. Nielson points out that Southwest Asia dominates the list of nations who have the highest percentage of its residents who were born abroad. The UAE has the most at 84 percent and also near the top are Qatar, Kuwait, Bahrain, and Jordan. The only white majority country in the top 10 is Switzerland at 28 percent, and blacks account for just one percent of the Swiss.

This shoots down one of the theorists’ talking points, which is that there is a de facto policy of Africa being for Africans, Asia being for Asians, and Europe and the United States being for anyone. To try and support this, they will ignore the above examples and highlight outlier Japan, whose arduous immigration requirements last year resulted in just 11 applicants being granted citizenship.

When racist conspiracy theorists harp on immigration, they assume the new arrivals are at least a few shades darker than the majority. Yet most immigrants to European countries are whites coming from other European nations. And when the theorists quote the number of emigrating Muslims, they never consider that they might be from Albania, Bosnia, or Croatia.

And despite an alleged influx of foreigners into the United States, the 13.4 percent of residents here who were born abroad is less than what it was in 1910.

A few other numbers work against the notion of white genocide. Whites have the lowest percentage of interracial marriage in U.S. at just seven percent, and it is less than 10 percent in most of Europe. This hardly sounds like the breeding ground (so to speak) for a systemic attempt to eradicate whites through miscegenation. The fact that pursuing this policy would also serve to eradicate other colors never seems to be brought up on Stormfront and similar forums.

Additionally, the notion that a secret cabal is encouraging whites to have fewer children while telling minorities to crank them out is without corroboration. Theorists point out that in 2011, for the first time, whites accounted for less than 50 percent of U.S. births. But at 49.7 percent, white births were still nearly double the next racial category. This does not suggest a people on the brink of elimination.

That is why projections that have whites being less than 50 percent of the U.S. by 2044 does not portend an approaching Aryan apocalypse. These projections still have whites being by far the most populous group. It would be fine with me if whites ever lost this distinction, if only for the spectacle of seeing Klansmen clamoring for minority rights.