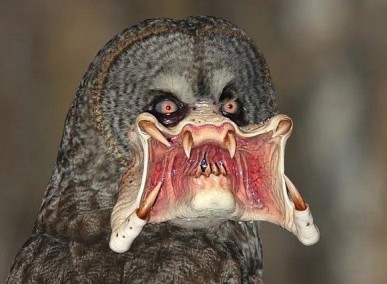 While many conspiracy theories and pseudoscience concepts are about notions not proven to exist, such as the Illuminati, Nibiru, or chupacabra, others are verified but misrepresented. These include Rothschilds, Bilderbergers, and today’s topic, the Bohemian Grove. This locale is where members of the Bohemian Club meet. The Club is a men-only group of extreme status and includes leaders in politics, banking, arts, science, and business. The Club was formed during the Gold Rush and was meant to bring together the top artists and scientists.

Today, Grove members meet yearly for three weeks near San Francisco to take a break from their extreme high-pressure jobs. Their motto, “Weaving spiders come not here,” refers to the stipulation that no work business can be discussed at the Grove.

Some detractors insist Grove members use the meeting to try and control interest rates, drive technology stocks up or down, and impact who might be the next presidential candidates. When titans of various industries meet, they may discuss such matters, but this would be no reason to criticize the Grove, any more than it would be to lambaste Augusta National, New York’s finest eatery, or a Leer jet speeding to the Azores if these topics were broached in these locations.

Certainly, these matters are discussed by the powerful in some places, and that could include the Grove. But for the stuff that might get Kyrie Irving excited, we need to move onto the rumors about Sleestak overlords, sex slave dungeons, and mock human sacrifices to Moloch.

For such tales, we are mostly limited to supposed insider reports that are impossible to either corroborate or dispute. This applies whether it’s relatively mundane Wall Street strategizing, the more bizarre worship of a Canaanite demigod in the contemporary Bay Area, or a highly implausible race of master lizards.

Among the few outsiders who have been allowed in were staff members from the relatively short-lived dry humor satirical magazine Spy. They were able to grab some photos of cloaked figures burning a coffin on an altar in the shadow of a large cement owl. It was explained that this was called the Cremation of Care Ceremony, and it symbolized that these giant men’s worries can be buried for a few weeks. As to the owl, it represents knowledge.

Spy writer Philip Wiess concluded the shindig was like any other male bonding ritual, just with a much more powerful clientele than what one finds at fishing holes, sports bars, or hardware stores.

As to how Moloch plays into this, he doesn’t. Canaanites, according to the Bible, sacrificed their children to this demigod, who was portrayed as possessing a human’s body and bull’s head. Brian Dunning at Skeptoid reported, “As far as I can tell, any connection between the demigod Moloch and the Bohemians is simply made up by people who are so desperately trying to find something to dislike about them.”

However, another standard claim about the Grove is true, with a substantial caveat. It is technically accurate that the Manhattan Project was planned there. Dr. Edward Teller was a club member and he reserved the Grove to hold a key planning meeting about the Project. No other members were present and it was not a Bohemian Club undertaking. Detractors don’t mention these parts and leave the unspoken implication that the Club controls weapons of mass destruction and can wipe out millions if the genocidal whim hits.

Such believers include Alex Jones, who is convinced the Grove is where many malevolent matters manifest. However, he usually lacks specifics and he always lacks proof.

More specificity is offered on Jesus_is_savior.com. This website is mostly a series of disjointed Bible verses, most of them without an accompanying explanation as to their relevance to Bohemian Grove. It also features an extreme close up of the one dollar bill and proposes that a part of the upper right corner reveals an owl. To me, it looks more like a random design that apophenia and strong desire to believe can turn into an owl. It more resembles an eagle or hawk if determined to get an ornithological connection out of it, but it doesn’t really appear to be anything. Even if it was an owl put there at the behest of the Bohemian Club, there is no explanation about why this would matter.

Meanwhile, Cathy O’Brian wrote a first-hand account about allegedly being captive at the Grove. Despite being held as a sex slave in an underground dungeon by the world’s most evil and powerful men, she never messes with the details of her miraculous escape. She did, however, relate that the Bohemian Club agenda was solely to implement the New World Order by means of mind control.

This combination of unlimited power, no conscience, and many decades of existence render the portrait O’Brian makes of Grove members a highly impractical one.

Rush Limbaugh related that when he was starting out in the late 1980s, members of the John Birch Society approached him about membership. He was flattered by the attention and the initial overtures were full of the usual conservative talking points, so it seemed to be a good match. But then Society members began talking of secret cabals and ruthless and powerful men out to inflict assorted misdeeds and evils on the world. The claims became more bizarre, and Limbaugh questioned why, if these shadowy men were so powerful and evil, why were some of them dying without their goals being met or even attempted? He got no good answer and the final straw was when John Birchers told him William Buckley was a communist.

Bilderbergers, Illuminati, and Rothschilds are all said to have the means and ability to carry out their nefarious plots, yet nothing happens, even after centuries of opportunity.

Similarly, Bohemian Grove members are said to have evil that is matched only by their wealth and power. Yet, after 170 years of existence, this unlimited power and ruthlessness has yet to produce a New World Order, a one-world government, or the enslavement of large swaths of the populace for Grove members’ labor and amusement.

That’s what allows us to be dismissive of claims the like of Henry Mankow. Unbothered by procuring any evidence, Mankow asserts that Grove members engage in Satanic rituals that may even include human sacrifice. His threshold for proof is so low that he quotes from the Learned Protocols of the Elders of Zion. For a more modern source, he quotes an anonymous Las Vegas woman who proposes that some Club members belong to an alien reptilian species that occupy humans a la Invasion of the Body Snatchers. She describes these literal leaping lizards as “a fourth-dimension race that have three hearts, shift shapes, and develop human feelings from devouring human flesh and blood.”

While respecting his source, Mankow thinks Grove members are Satanists rather than reptilians. What kind of false dilemma nonsense is that? Maybe they’re both.