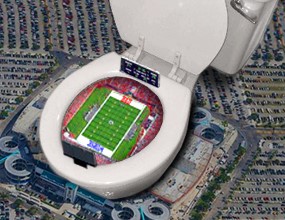 After scoring three points in 43 minutes, the New England Patriots exploded for 31 points in half that time and won another Super Bowl. They refused to die, a distinction they share with Super Bowl urban legends. First, it was the notion that the unofficial national holiday was also the busiest day of the year for domestic violence. Washington Post reporter Ken Ringle shot that rumor down, but now the game is falsely associated with human trafficking.

Like the myths surrounding missing children, these are topics in which persuading people can be difficult. Missing children, battered spouses, and human trafficking are some of our most serious issues and writers must choose their words carefully or risk being seen as insensitive and alienating their audience. So to be clear, human trafficking is an abomination of utmost concern – but there is a supposed tangential element of it that is being misrepresented.

The main perpetrators of the myth are politicians, sometimes aided by irresponsible reporters and law enforcement agents.

Elected and appointed leaders in host cities and states seem in their own competition for who can make the most hyperbolic statement. U.S. Rep. Chris Smith of New Jersey proclaimed, “One Super Bowl after another after another has shown itself to be one of the largest events in the world where the cruelty of human trafficking goes on for several weeks.”

When he was Texas Attorney General, Greg Abbott called the game, “the largest human trafficking incident in the United States.” Indiana Gov. Mitch Daniels used the issue as a literal political football when he encouraged legislators to up the fines and prison terms for convicted traffickers and stipulated, “We must do it in time for the Super Bowl.”

NGOs get in on the antsy act as well. International Justice Mission members loudly declared they would rescue trafficked women at Super Bowl XLV, then quietly hoped everyone would forget about this pronouncement when they found no such victims.

The rumor has been around for at least a decade, but a 2011 report by the Global Alliance Against Traffic in Women showed no evidence of any host city experiencing a spike in this activity as the Super Bowl approached.

The report is six years old, but the claims made then still hold. Examinations of arrest data in Super Bowl cities have revealed no increase in arrests for kidnapping, forced prostitution, pimping, or other charges that would be associated with human trafficking.

Most recently, Reason examined the arrest records for Harris County, Texas, during last week’s Super Bowl. The logs showed no arrests for sex trafficking, soliciting a minor, pimping, promoting prostitution, compelling prostitution, or any other charges that would suggest human traffickers were competing with football fans for hotel rooms.

Faced with this, some myth proponents consider the lack of arrests as proof that publicity about crackdowns is working. But this is similar to the tale of a man who banged a drum to keep giraffes out of the city square and cited the lack of tall ungulates as proof his plan was succeeding.

Evidence of a correlation between a city hosting both the Super Bowl and an influx of human traffickers just isn’t there. Even the one time that there seemed to be, it was the result of selective evidence and correlation-causation errors.

New Jersey authorities increased their focus on human traffickers prior to Super Bowl XLVIII, and ended up rescuing 16 children – clearly a desirable result. But this operation had taken place in areas up to 30 miles from the Meadowlands and went on for MONTHS, with the announcement strategically made during game week. This was disingenuous and it only proved that an increase in arrests for any offense in any jurisdiction will happen if that’s what authorities prioritize. If Des Moines police focus on litter reduction and funnel resources into that, there will be an uptick in citations for carelessly tossing aside Big Mac wrappers.