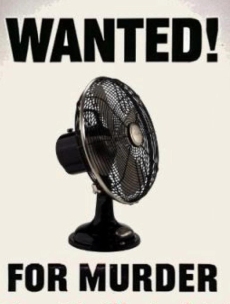 I have been fortunate to live in multiple countries and each have elements that give them character. In German restaurants, I shared my dining experience with dogs, who are welcome is such establishments. In a less charming recollection, I was chatting with two men and a young woman in Egypt when I asked the woman if she would like to play chess. One of the men cautioned me that mixed-gender amusements between unmarried persons are forbidden. If this game were to take place, the checkmate would be followed by my opponent being pummeled by her parents.

Then during my 20 months in South Korea, I was immersed in the most respectful and courteous society I’ve ever been around. But it also featured the most careless and  selfish drivers I’ve ever had to share a road with. So you might be cut off and berated by a motorist who three minutes earlier had addressed you with the utmost deference. My memories there also include the homogenized, hideous food and getting to cross three feet into North Korea on a tour of the demilitarized zone.

But most amazing to my Korean friends is that I slept with a fan on and lived to blog about it. For the Asian nation is home to a belief that leaving a fan on overnight is often fatal. While Americans might be amused by the idea of fan deaths, Koreans would think the same of our equally misinformed idea that swimming after eating can result in fatal cramps. The Korean urban legend, however, has some official teeth to it since doctors and government agencies warn against sleeping with a fan on. But a scientific analysis of the situation shows that the supposed fan deaths are misdiagnoses and also  instances of confirmation bias, subjective validation, and mistaking correlation for causation.

Some have speculated that Korean physiology, geography, or electric fan design are to blame, but all these explanations fall flat upon reflection. Koreans who move to other countries do not suffer these deaths, nor do residents of countries with similar climate and elevation. And there is nothing distinctive about Korean fans except that some are equipped with automatic shut-off features to guard against their nefarious nature.

Electric fans have been available in what is now South Korea since the late 19th century, yet the supposed connection to untimely deaths only started attracting widespread notice in the 1970s. These incidents usually happened during the summer in a closed room, and most often involved a senior citizen sleeping alone.

But there is a non-causal relationship between summer deaths and fans running since that’s when people use them. And the elderly are always more likely to die than any other group and they are more vulnerable in hot weather.

Still, the Korea Consumer Protection Board cautions that doors should be left open when using the fans, on the belief that prolonged exposure could lead to water loss and hypothermia. The board also noted 20 cases of fan deaths in two years and attributed many of them to asphyxiation via electric fans or their likewise-lethal, climate-controlled-cousin, air conditioning.

Certainly, people die in Korea and some draw in circulated air for their last breath. But deducing a correlation between the two requires ignoring nonlethal fan use and deaths that take place without fans.

Proposed explanations are all over the morbid map. The most common culprit is said to be asphyxiation caused by wind currents. However, the deceased did not have the brain damage that would be consistent with such a demise.

Hypothermia is the second most popular guess and is allegedly caused by the fan evaporating enough perspiration from the victim’s skin that it sinks their body temperature. Yet Korea is wet year round, even more so during monsoon season when most deaths are said to occur, so this idea is implausible.

A competing notion is that when fans blow on sleepers, air currents reduce the atmospheric pressure on their faces by up to 20 percent, and that this also reduces oxygen availability by that amount. But if this were the cause, people spending a few hours outside on a breezy day would die, though they would at least get to spend their last moments at the lake or having a barbecue.

Other ideas are worth noting only for their absurdity. One is that the fan’s blades slice oxygen molecules in half. A less bizarre but equally wrong idea is that the fans produce carbon dioxide.

Brian Dunning at Skeptoid talked with two pathologists who have performed autopsies on Koreans who died with fans running. Dr. John Linton said, “There are several things that could be causing the fan deaths, like pulmonary embolisms, cerebrovascular accidents, or arrhythmia. There is little scientific evidence to support that a fan alone can kill you if you are using it in a sealed room.”

Similarly, Dr. Lee Yoon Song noted, “The victim’s original defects such as heart or lung disease are the main cause of death in these cases.”

Though sound, their positions are a minority in Korea, even among doctors. But there’s no danger here, short of a ceiling fan crashing down.