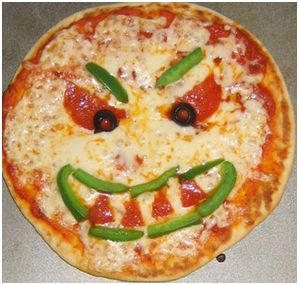 Some conspiracy theorists make claims whose extraordinary size is matched only by the theorists’ arrogance and resistance to reality. They exhibit a combination of paranoia and narcissism that cause them to believe that anyone who expresses a different opinion is being paid to do so. Those who are slightly more charitable to their opponents will concede that those who see it otherwise are genuine, but that they are too stupid to realize they are being duped by scripted newscasts that cover up government and corporate corruption. These theorists paint themselves as independent thinkers even though they uncritically swallow whatever conspiracy mongers peddle.

They cannot be laughingly dismissed because they do not limit themselves to online forums and echo chambers. They also harass, threaten, and sometimes physically confront those at the center of their twisted thinking.

The most recent example of this centers on a Beltway pizza joint, Comet Ping Pong. This bizarre tale got its start with the Wikileaks exposure of John Podesta’s e-mails. One of the e-mails contained a reference to spirit cooking, which some persons impetuously took as proof Podesta was involved in a Satanic ritual of blood drinking with children.

Anonymous posters next targeted James Alefantis, the pizzeria owner who casually knows Podesta’s brother, Tony, and who was listed by GQ as the 49th most powerful person in Washington, D.C. Believers have dubbed this alleged story “Pizzagate.”

The Washington City Paper explained: “The Wikileaks release of John Podesta’s hacked e-mails inspired a feverish and mostly hapless search for salacious scandal evidence. Why, they wondered, did Podesta get so many e-mails about eating pizza? The answer to any reasonable person would be that Podesta eats pizza. To the alt-right, though, ‘pizza’ became a suspected code word for illegal sex trafficking. Theorists also drew attention to the restaurant’s murals, which they declared ‘creepy,’ and the sliding doors in front of the restaurant’s restrooms, dubbed “hidden rooms” where sex abuse could take place.”

So with extremely elastic thinking, conspiracy theorists turned some references to flatbread with sauce and cheese into a child sex abuse ring led by Hillary Clinton and Podesta, and run out of Comet Ping Pong. Little of what the theorists produced could be investigated or falsified. One cannot disprove the notion of creepiness, which is a subjective quality. And examining the rooms for hidden compartments and coming up empty could be dismissed on the grounds that they are so well hidden.

Moreover, Snopes noted that 90 percent of child molestation is done by family members or friends, with most of the other 10 percent being done by random sickos. There are no documented cases of it being facilitated en masse via coded pizza menus.

I spent 90 minutes I’ll never get back looking into the alleged evidence, which consisted almost entirely of photos taken from social media accounts of Comet Ping Pong’s employees and patrons. Without exception, these purported pieces of evidence were manifestations of the appeal to ignorance fallacy. This is when a lack of evidence to the contrary is touted as proof that the allegation is true. For instance, there is a photo of a smiling girl with her hands loosely taped to one of the restaurant’s tables. The photo contains no context and we have no idea who she is or what this means. And this ignorance is touted as evidence the pizza joint is running a mass pedophile ring.

Another photo is of a young girl standing in a small basket and a theorist asks, “Are they going to sell her???!!” Over the years, I have noticed a direct correlation between the number of punctuation marks a person uses and their level of paranoia.

A photo of a pill bottle is assumed be the date rape drug, while one of a baby holding Euros is said to symbolize traveling internationally to molest children. Another shot is of a man innocently holding a girl. The child has grabbed the man’s bead necklace and pulled it over the top of her head, which a poster declared “weird.” The poster then noted that the photo contained the hashtag #chickenlover and insisted this was slang for a man who likes boys. That it could refer to man who loves wings is never considered and the fact that the child in the photo is a girl is likewise glossed over.

Commenters on these conspiracy theory sites praise the “journalism” of those who posted these photos. Yet true journalism would include tracking down the persons who took the photos and asking them whey they did it, then seeking to confirm or refute this. Evidence for child sex abuse would be victims coming forward, eyewitnesses, or DNA. None of that is present on these sites.

Their investigations were so shallow they failed to realize that most of the photos did not come from Alefantis’ account, but from persons who had tagged the pizzeria, along with employees and their family members and friends. No connection was too tenuous to be excluded as theorist fodder. So what was presented as damning evidence was instead a hodgepodge of unrelated Instagram screen shots and images from random websites.

The rest of the “evidence” reads like a contest for which contributor could draw the most absurd conclusion. Someone with plenty of free time figured out that the owner’s name is a near-anagram of the French phrase for “I love children.” When someone pointed out this name was given at his birth, the counter was that this was a pseudonym he had created to subtly announce his pedophilia. No evidence was given for this, nor was any requested by those who belittle others for blindly accepting mainstream media stories.

Another absurdity was noting the words “Play-Eat-Drink” on the menu form an acronym for the first three words in pedophile. Crossed ping pong paddles on the menu are said to resemble a butterfly, which is then assumed to be a pedophile symbol. The theorists attribute hidden meaning to words, drawings, or hashtags, and if they can’t come up with anything, they decide the code has yet to be broken. All this is not jumping to conclusions, it’s taking a quantum leap.

The appeal to ignorance abounds throughout these sites, such as asking, “Why would the 49th most powerful man in DC need a pizza shop?”  Probably because he is a successful businessman, which helped him achieve that ranking. But these questions aren’t meant to have answers, they are meant to be unquestionably accepted as more proof.

In the wake of this misinformation release, hundreds of death threats and menacing phone calls have been made to the restaurant. Even band members who played there and family members of employees have been targeted. At least two persons have shown up at the restaurant to confront the workers and diners.

The hysteria threatens to envelope anyone who has ever left a review of the restaurant or referenced it on social media since. The accusation is that they were there not for a calzone but for child rape. Images of patrons’ children have already been posted to dozens of conspiracy theory websites. The parents are working with attorneys to get them removed but are doing so anonymously for fear of retribution. One believer wrote, “Everyone associated with the business is making inferences towards sex with minors.”

This provides a window to the sick thinking of conspiracy theorists. In this case, they applaud themselves for being independent citizen warriors out to eliminate a danger, yet they are actually a mob that has created the danger by anonymously targeting innocent parents and exploiting their children.

The somewhat right-leaning news site Heatstreet explained some of the theorists’ errors that I have mentioned here. But there was no fooling reader Goldcoath, who fumed, “It’s clear the author of this article is actively part of the cover-up.” While theorists portray their questioning of the media as a sign of their independence, they afford no such distinction to anyone who questions their conclusions. In this corner of  humanity, anyone who doubts the theory is part of the conspiracy.

Similarly, when Reddit’s Pizzagate thread was removed because theorists kept violating the website’s policy of not revealing personal information, theorists insisted it was more proof of a cover-up. “The globalists are desperately lashing out,” one believer excitedly wrote. “We have them on the run.” Other users labeled Reddit CEO Steve Huffman a pedophile.

Then we have fired Huffington Post reporter David Seaman who declared that “the entire world is watching” his Pizzagate coverage, which he equated to liberating Nazi death camps.  Now that’s crazy any way you slice it.