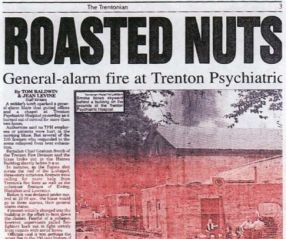 Two centuries ago, caged and chained mentally ill patients were on display for the amusement of customers. If the interned weren’t acting sufficiently insane, guests could purchase sticks and stones to prod them to do so.

While Sigmund Freud helped make psychiatry less susceptible to human rights violations, his teachings have been almost completely repudiated. And not that many generations ago, the field was known for lobotomies and electric shock therapy.

But dismissing psychiatry because of its checkered past would be like criticizing  allopathy because physicians once embraced trepanation and leeches. And writing off all psychiatry because of a few morally flawed practitioners would be like embracing anarchy because of the Kim Jong-un’s antics. Yet anti-psychiatry activists exist and they make regular use of the guilt by association and composition fallacies. We will look at some of these criticisms, including the most extreme view, that mental illness is nonexistent.

As an organ, the brain is subject to ill health, just like the liver may succumb to cirrhosis and the skin may break out with eczema. However, most mental illnesses cannot be detected with an X-ray, urinalysis, or blood draw. Animal testing is of no value because there are no bipolar gerbils. All this makes it easier for some to act as though mental illness doesn’t exist. But as Dr. Steven Novella has noted, “Brain disorders are different than other organ systems, in that function relies upon more than just the biological health of the cells and tissue. There can potentially be a brain disorder…with healthy brain cells that happen to be connected in a dysfunctional pattern.”

Some critics will point to the number of mass shooters who were allegedly on psychotic medication, deducing that the pills drove them toward this behavior. However, the actual correlation here is that the perpetrators were on the medication so that it might stem their violent tendencies. The more jaded might point out that this means the treatment didn’t work. But there’s no way to know if the shooter stuck with the prescription, nor can we even know how many persons never commit such an act because of an effective medication regimen.

There are also claims that we are overmedicating children, transforming them into dazed drug addicts. This may be included with statistics showing how many more children are medicated than 100 years ago. But this is a result of recognizing mental illness and knowing how to treat it. As noted earlier, there have always been metal illnesses, but patients in the past were likely to be “treated” with imprisonment and other abuses.

Most in the anti-psychiatry movement are from the alternative medicine and conspiracy theory communities, though it does contain a religious element. The most zealous and active are from the Church of Scientology, who have declared war on the entire psychiatric field.

Steven Anderson, who with the death of Fred Phelps assumed the mantle of the country’s most unhinged preacher, insists all mental illnesses are the result of demons or spiritual apathy and can be solved by immersion in the holy spirit. A secular equivalent is the meme which asserts that the likes of schizophrenia can be combated with a stroll in the woods.

These ideas are dangerously wrong. Dr. Harriett Hall wrote, “It’s rejecting reality to think that mental illness doesn’t exist. Something is clearly wrong with an individual who is too depressed to get out of bed or eat, who is afraid to leave the house, or who believes he is Jesus Christ. These symptoms interfere with life and are usually distressing to the patient.”

For those who loathe mainstream medicine, the hatred increases in inverse proportion to the urgency. The more immediate the danger, the more likely they are to reluctantly accept the treatment. When naturopaths in Germany were sickened at a seminar, they were unable to heal themselves, instead relying on ambulatory personnel. If Mike Adams was shot in the stomach, even he would be likely to seek an ER surgeon as opposed to the healing ginger sprinkles he sells.

The one exception seems to be cancer, as chemotherapy is sometimes passed over for overdoses of lemon water and zucchini bread. But mostly the rejection of modern medicine increases as the immediacy of the danger decreases. As such, mental illness treatments are among the most frequently rejected among the alt-med crowd.

This is most common with ADHD. Last year, conservative Christian blogger Matt Walsh went so far as to write that it doesn’t exist. This prompted an erudite response from Novella. He noted that Walsh used “disease” and “disorder” interchangeably and without defining either.

“The distinction is important, because it relates to how medicine defines diagnostic entities,” Novella wrote. “ADHD is certainly not a disease, which are entities that involve a discrete pathophysiological condition. In medicine, however, there are also clinical syndromes, disorders, and categories of disorders. ADHD is a disorder of executive function, which is what enables us to pay attention and to plan and inhibit behaviors.”

Walsh asserts that those diagnosed with ADHD merely have normal or perhaps above average instances of wandering thoughts. He next claims that since there is no clear division between how much mind-drifting is too much, ADHD is make believe. This is the false continuum fallacy, where one denies the existence of extreme ends of a spectrum because there is no sharp dividing line.

It would be like arguing that there are no eyesight deficiencies because a patient with 20/21 vision and another with 20/400 would both be considered substandard. Or, as Novella noted, it would be like declaring 159/89 to be optimal blood pressure since 160/90 is the cutoff for being unsafe.

A logical cutoff for these and similar conditions would be the point where, for most people, routine activities would be negatively impacted. Granted, there are multiple subjective notions in that definition, but addressing them in this way is of more benefit that denying their existence.

There are mental illnesses and telling someone to get rid of their clinical depression is like telling them to stop having influenza. Some mental illnesses can be treated more effectively than others and not everyone responds the same to medication. But dehumanizing the mentally ill by saying they don’t exist and belittling their conditions by saying they can be cured by the laying on of hands or a day at the lake is shameful and harmful. It drives mental illness further underground and strengthens a stigma that should not exist any more than there should be a stigma attached to any other biological malfunction.

One thought on ““Mind over blather” (Anti-psychiatry movement)”