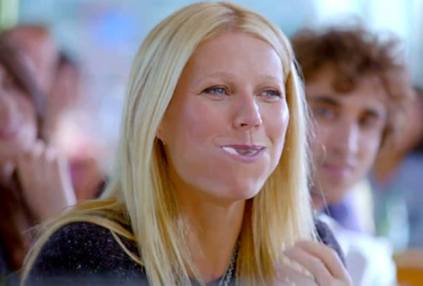 If needing to detoxify, Gwyneth Paltrow offers a seven-day regimen that features almond smoothies, miso soup, and cucumber juice. Then there is the day eight menu of whatever is being served at your funeral dinner.

Because anyone needing to detoxify would be dead by then. In fact, the only persons who need detoxified beyond what the body can manage are longtime drug addicts, and they must be treated by medical specialists dispensing prescription drugs.

Julie Beluz at Vox noted that Adam and Eve’s fruit consumption got them kicked out of the Garden of Eden and the idea we need to atone for our dietary transgressions continues today. Purification rituals are recorded in the earliest histories and are still part of religions. Appealing to this idea that we must cleanse ourselves are an ever-growing list of products.

But as to what we are being purified from, the detox sellers are unable to tell us. In 2009, Sense about Science asked 15 such merchants which toxins their products would remove. None could do it, despite the array of smoothies, supplements, shampoos, creams, shakes, juices, pills, tea bags, face masks, bath salts, brushes, body gels, and pads on the cleansing market. Were these products legitimate, sellers would have been able to identify the toxin, measure it, explain why it’s causing maladies, and describe how their products remove it. Dr. Scott Gavura wrote on sciencebasedmedicine.com, “To establish that even a single chemical can cause disease requires a significant amount of research, i.e. the entire field of epidemiology.”

About 5,000 years ago, people thought toxins were produced exclusively inside the body. Not a whole lot changed until the 19th Century, when one mistaken idea replaced another. For most of the 1800s, people thought toxins from feces would be absorbed back into the bloodstream and make us sick. This was dubbed autointoxication and it was attacked with leeches, which could be called the first detox therapy.

Then early in the 20th Century, scientists began better understanding physiology and the causes of disease, and they realized there was no autointoxication to be detoxed from. Illnesses and disease were fought with lifestyle choices, vaccines, and antibodies.

With that, detoxing should have died a painless death. But a misunderstanding by some of how the body works, coupled with celebrity endorsements, have made detox one of the most lucrative scams in the country. There are two primary approaches when peddling products that attack unnamed toxins. One is to keep it general enough that the symptoms will apply to almost anyone, such as headaches, nausea, or fatigue. The second approach warns that without Modern Alternative Mama’s Organic Apricot Face Scrub, we are at grave risk of imminent cancer, Alzheimer’s, or ALS.

Other merchants give visual reassure. Colon-cleansing tablets turn excrement into a substance akin to plastic. The user then produces a rubbery brick that is assumed to be toxins in concentrated form. Then there are detoxing foot pads that turn black overnight. But this is from the reaction of moisture to the pads, not from toxins being drained. Similarly, detoxing foot baths turn the water brown, but this is because of rust generated by the corrosion of iron electrodes.

Peddlers get away with it by appealing to irrelevant authority such as actresses, and by relying on a population that is all too often scientifically-challenged. As one example, the New England Journal of Medicine has criticized these products, but 18 times more subscribers read People, which praises Paltrow’s detox diet.

Another factor in the industry’s success is laziness. Customers can eat, drink, and apply the right substances, then pat themselves on their banana cream-lubricated back and wait for optimal health to arrive.

This sham industry often relies on the naturalistic fallacy. This is a great irony because the body’s natural processes will detox for us. The skin, liver, kidneys, and lymphatic and gastrointestinal systems will get rid of the guck. They work together to turn potentially harmful substances into matter that can be safely stored or eliminated. The liver self-cleans, so toxins won’t accumulate there. It functions just fine unless one has a liver disease, at which point you need the ER, Dr. Oz’s kale conditioner.

While detox products make their manufacturers a lot of money, a majority of us don’t buy them. If the peddlers were right, this would mean most of us have bodies that are continually accumulating toxins that have no way out. Were this the case, I would be howling in agony instead of sitting here happily typing away while listening to a Kavin Senapathy podcast and sipping nonorganic tea.