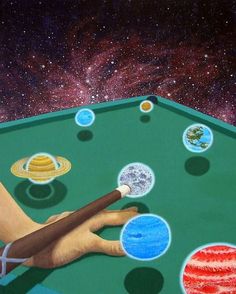 I would be substantially out of my element when discussing the Big Bang beyond the basics. By contrast, I am competent to address Big Bang denial.

First, however, the basics I mentioned. The Big Bang is the prevailing theory for how the universe reached its present state over the last 13.7 billion years. A Cliff’s Notes of the Cliff’s Notes version would look something like this: After an initial expansion, the universe cooled enough to allow the formation of subatomic particles, then atoms.  Next, giant clouds of primordial elements coalesced to form stars and galaxies,  eventually giving us what astronomers see today.

Evidence for the Big Bang includes the observed formation of new stars and planets, the amount of light elements in the universe, and the cosmic microwave background. Let’s take a look at how deniers handle this, or more accurately, can’t handle it.

As to the formation of new stars, Answers in Genesis concluded that God may have made gas clouds already in the process of collapse and the results are the stars astronomers see forming today. This assertion has zero scriptural support and, coming from an organization dedicated to Biblical literalism, reveals just how problematic this issue is to its members

Now onto the amount of helium, hydrogen, and lithium in the universe and why this matter matters. The average amount of these three lightest elements in certain stars today reflects the primordial abundance of those elements produced by the Big Bang. The match between these observed abundances and predictions in Big Bang models is consistent.

What say you, creation.com? “Scripture teaches that God recently created a finished cosmos, and the finished state of creation included the present suite of stable isotopes.” If the Bronze Age Middle East nomads who wrote the Bible really had identified isotopes, described quantum mechanics, made specific, accurate prophecies with names and dates, and commanded against rape instead of idol-building, I’d be hosting a blog promoting Biblical literalism instead of one on skepticism.

But this blog it is, so onto cosmic microwave background, which is the earliest radiation that can be detected. Looking out into deep space is like looking back into time and astronomers can see that cosmic background radiation permeated the universe about 380,000 years after the Big Bang. The radiation formed after the universe had cooled enough for electrons and protons to recombine into hydrogen atoms. Photons were released and today this radiation is the cosmic microwave background.

While conceding it has no counterclaim to this, christiananswers.net nevertheless cautions, “The authority of the Bible should never be compromised for mankind’s scientific proposals.”

The most recent piece of evidence came for the Big Bang came this year with the confirmation of gravitational waves, which proved cosmic expansion. Rather than fumbling and bumbling my way through an explanation of the significance, I’ll defer to Michio Kaku:

“Einstein’s great insight was to realize that space-time is not empty, but more like a fabric that can bend and stretch and cause the path of objects to bend, giving us the illusion of gravitational force. And if the fabric of space-time can stretch, why can’t it also create ripples? Think of throwing a rock in a pond. Ripples will gradually radiate away from the splash and fill the surface of the pond. This is similar to what the scientists detected for the first time: Gravity waves rippling outward from the collision of two black holes a billion light years away.”

Thank you, Dr. Kaku for the scientist’s explanation. Now for the pseudoscience counterpoint, we bring in Dr. Danny Faulkner of Answers in Genesis. His retort is that scientists have been wrong before, so they might be wrong again. Of course, this has nothing to do with whether Abraham’s god created the universe. But Faulkner has an answer for that, too: “Creationists know from Scripture that the universe did not begin in a big bang billions of years ago. The world is far younger than this. Furthermore, we know from Genesis 1 that God made the earth before he made the stars.” Faulkner closes by suggesting that even if there are gravitational waves, God is causing them.

This is typical of Young Earth Creationists, who reject all science that conflicts with their interpretation of a specific Bible version. Their points are limited to quoting scripture and negative evidence from supposed deficiencies in scientific theory. They have yet to employ the Scientific Method in order to explain how creationism works.

Consistent with this, there are no creation articles in scientific publications. Jason Lisle, perhaps the only Young Earth Creationist with a Ph.D. in astronomy, refuses to submit any of his work to peer-reviewed journals. His stated reason is because the likes of Neil Tyson and Stephen Hawking never submit their work to his employer, the Institute for Creation Research. This is an especially hilarious excuse, but whatever the reason, bypassing peer review means failing to do complete science.

Here are a few points Lisle or other members of the anti-Big Bang Gang trot out. Keep in mind, even if these points were accurate, it is an invalid to conclude that it proves creationism.

There are about a half dozen other points Young Earth Creationists bring up, but all fall into the negative evidence category and none are included in peer review submissions. As to their evidence for creationism, Answers in Genesis offers us this: “The Creator did not need matter, large amounts of time, energy, or anything else.”

Another point addresses the lack of verifiable antimatter. This is the focus on an ongoing astrophysics discussions, although to AIG it is “a powerful confirmation of biblical creation.” That’s not just jumping to conclusions, that’s a quantum leap. Or would be if AIG believed in such leaps.