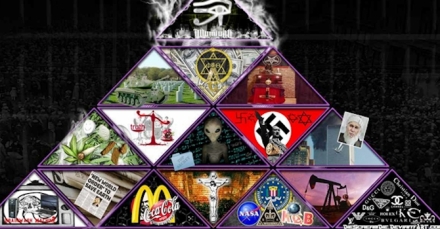 Without question, there are conspiracies, which occur when two or more people plot to do something, usually illegal or harmful. It’s also certain that there are theories, which are a set of ideas intended to explain facts or events.

So strictly speaking, the idea that the Tsaranev brothers were responsible for the Boston Marathon bombing could be considered a conspiracy theory. But this designation fails in any meaningful sense because what we call conspiracy theorists reject ideas propagated by the mainstream media or government. Many theorists highlight a list of incidents in which the government was caught doing something unsavory, and use it to establish that conspiracy theories are real, and say they are out to expose more. However, what are passed off as proven conspiracy theories were exposed by government insiders or investigative journalists, not by WakeTheSheeple’s YouTube channel.

For example, the Lincoln assassination involved at least nine conspirators and there were plans for George Atzerdot to take out Vice President Johnson and for Lewis Powell to kill Secretary of State William Seward. This was revealed in a court room, not a chat room, and the details were announced by government prosecutors, not by those whispering about captive aliens, Rothschild wars, and other sinister secrets.

Brian Dunning at Skeptoid has identified two criteria that need to be satisfied if we are to credit someone with exposing a conspiracy. First, the theory must be falsifiable. Dunning explained, “You can’t just say ‘Some airplanes spray an unknown chemical.’ But if you say ‘United Airlines tail number NC13327 is equipped to spray VX nerve gas, and that one right there is spraying it right now,’ then that’s a claim that can be disproven with a single inspection.” So if I write, “The Illinois government is doing something corrupt with tax dollars,” that’s probably going to be “proven” at some point. But it lacks any specifics that would make it an exposé on my part.

Second, any secret knowledge needs to be uncovered by the theorist first. Richard Nixon’s presidency did not unravel because of the dogged determination of conspiracy theorists. It happened because two investigative journalists did interviews, examined evidence, and pieced together a puzzle that revealed the truth behind the Watergate break-in and cover-up.

And when doing genuine investigations, the only goal is the truth. If a reporter or detective comes across a piece of evidence that cast doubts on their suspicions, they weigh that with other information they’ve gathered and, if justified, will go down another path. By contrast, a conspiracy theorist considers any evidence that disproves the theory to be part of the conspiracy. Consider Barack Obama’s birth announcement in Honolulu newspapers. Birthers answered this by insisting his stateside relatives were tipped off by his parents in Kenya, then submitted a request for a Certificate of Live Birth from the state of Hawaii, and finally submitted this certificate to the newspapers. Likewise, Earth’s image on the moon during a lunar eclipse is attributed by Flat Earthers to an unexplained object that orbits near the sun. NASA knows when this mystery object will pass between the sun and moon, then announces there will be as a lunar eclipse at that time.

No one is claiming we live in a world free of government malfeasance and attempts to keep it quiet. But we learn of corruption and abuse from reporters and government insiders, not from Alex Jones, Jesse Ventura, and David Icke. They and their fellow theorists claim they are bringing evil to light and point to what they consider conspiracy theories that were proven to be true.

Usually topping the list if the Gulf of Tonkin incident, which was used as a pretext for the United States to enter the Vietnam War. No one disputes that on Aug. 2, 1964, a small naval battle took place between U.S. and North Vietnam in the Gulf of Tonkin. It was a purported skirmish two days later in the same locale that is doubtful.

That day, U.S. forces fired on radar targets, but no one reported seeing any North Vietnamese. As the action, or lack thereof, was unfolding, the USS Maddox commander communicated to the Pentagon that no enemies were giving or receiving fire. What’s more, Sen. Wayne Morse held a press conference that day saying the supposed attack was unsupported by evidence. All of this played out in public from the start. The U.S. entered the war following an attack that was either intentionally fabricated or based on sloppy intelligence. But this was all pointed out by military officers and senators right away and nothing was exposed by conspiracy theorists.

Another example touted as a genuine conspiracy theory was the FBI attempting to foil the U.S. civil rights movement. This really happened, under the bureau’s domestic counter-intelligence program. But this was exposed by eight men who broke into an FBI office, seized 1,000 documents related to the program, and mailed them to newspapers. Until this point, no one had leveled accusations that the FBI was working to hamper the civil rights movement, especially in the specific ways that were exposed in the stolen documents. This might have been a victory for vigilante justice, but not for conspiracy theorists.

Then we have the Tuskegee syphilis experiments, one of the most revolting events in U.S. history. For 40 years, the government provided free health care to black sharecroppers, many of whom had syphilis. This appeared benevolent, but after the disease became treatable with penicillin, the government withheld the cure in order to conduct further studies on 600 blacks. These victims suffered painful deaths, blindness, and other ailments that could have been prevented. Theorists consider this another feather in their tinfoil cap. However, no theorist had suggested the government was engaging in this specific atrocity. It became known only when a former Public Health Service investigator revealed it in 1972.

Dunning studies this issue extensively and has said he “can’t find a single case of a conspiracy theorist having made a specific, falsifiable claim that was later proven true by investigators.”

Indeed, Watergate, the Gulf of Tonkin, FBI domestic counter-intelligence, and Tuskegee were all exposed by reporters or whistleblowers. Meanwhile, we are still waiting for WakeTheSheeple and his cronies to provide solid evidence that the government created AIDS, is poisoning the populace with chemtrails, and brought down Pan Am Flight 103 with the assistance of drug smugglers.