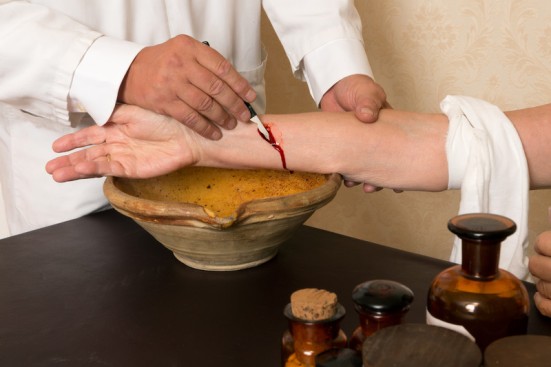 Alternative is defined as “something available as another possibility,” or “relating to behavior that is considered unconventional.” So alternative medicine proponents may present it as just another idea to consider. The more paranoid might describe it as a justified counterassault to the existing order.

Most accurately, however, the “alternative” in alternative medicine refers to the field’s definition of evidence. Dr. Steven Novella has said, “Alternative medicine creates a double standard where the rules of science and evidence are stood on their head to manufacture the result that is desired.”

In many cases, what’s passed off as evidence are testimonials. These can be anonymous, such as a magazine advertisement in which J.T. of Greensboro, N.C., praises his applied kinesiologist. Or it can be face-to-face, with your cousin relating how acupuncture eased his sinus trouble. Some in the alt-med crowd consider mainstream medicine the enemy, while others are content to try something different because medicine has made mistakes before and hasn’t found all the cures yet. But as Dara O’Briain has observed, “Science knows it doesn’t know everything; otherwise, it’d stop. But just because science doesn’t know everything doesn’t mean you can fill in the gaps with whatever fairy tale most appeals to you.” When Jenny McCarthy was asked about the total lack of evidence that vaccines cause autism, she responded, “My science is named Evan and he’s at home.” One could attribute Evan’s autism to what he had for lunch the day he was diagnosed and it would be just as legitimate.

At the other end of the spectrum, if a product or technique can be validated through double blind studies, it is embraced by the medical establishment. These studies help prevent the problems of selective memory and magical thinking, and they account for the placebo effect. Bypassing this method or ignoring the results of it is how many alternative medicine practitioners operate.

Also, terms like alternative, complementary, and integrative have no scientific or legal meaning. They are used by spin doctors, not the medical ones. They are marketing ploys that sound better than quackery, snake oil, and Old Wives Tales. The traveling wagon has been replaced by CureCancerWithCumquats.com.

Some alternative medicines are absolute lunacy with no plausible working mechanism. These include homeopathy, craniosacral therapy, and Ayuvedic. There are others that may hold more promise, such as essential oils and herbal medicine. Half of medicines are plant-based and there are surely boatloads of cures and mitigations yet to be discovered. We may someday learn that lavender is effective for toddler fevers or that basil eases arthritis symptoms. But determining this would be the result of double blind studies. And making this information useful would require further research to learn how to best extract the healing properties, how to decide the optimal delivery system, and how to determine the proper dose. Passing ideas around in online forums and support groups is inadequate.

Those who see mainstream medicine as the enemy assert that Big Pharma and doctors are repressing cures or at least scared of them gaining acceptance. Yet the mainstream HAS tested acupuncture, chiropractic, iridology, and so on, and these techniques flunked out.

So adherents rely on their alternative definition of evidence. They may cite preclinical studies on animals and test tubes even though these mean nothing until verified by tests on people. Or they may reference a doctor who starts with, “In my experience…” Dr. Mark Crislip calls these the three most dangerous words in medicine because personal experience, especially from an authority figure in the field, can compel a patient to embrace a false cure. No matter how many testimonials there are and no matter what the source, they are not proof of efficiency. Dr. Harriet Hall has noted there was more than a millennium’s worth of anecdotes describing the curative properties of bloodletting.

Science is collaborative and self-correcting. The results of one study will be validated or contradicted by subsequent research and eventually a consensus will emerge. There are oodles of studies out there of every possible level of quality. Some of it is fraud. Some of it is lazy science. Some of it seemed to be good science that was replaced by better science. Trying to filter the charlatanic chaff from the sound findings can be challenging. But a good place to start is with Dr. Hall’s hierarchy of evidence, which is shown below. Note that failing to make the list are anecdotes and testimonials:

The best studies are large, randomized, placebo-controlled, double blind, and peer-reviewed. These should always be used if practical and ethical. Testing car seats and including a control group of infants that are subjected to crashes without the seats would be unethical. So too would be treating a baby’s asthma with wheatgrass or not giving him his MMR shot because Jenny McCarthy said not to.