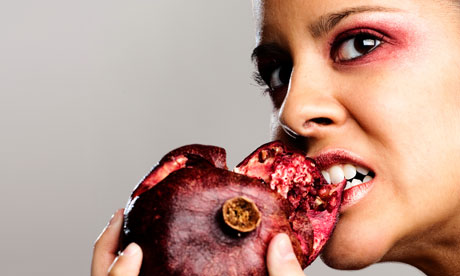 Next to assuming that natural means beneficial, the most ubiquitous alternative medicine folly is thinking the immune system can be boosted with the likes of mushrooms, sage, pomegranates, and bottled elixirs.

None of them work, which is good because boosting one’s immunity would leave one less healthy. In fact, an overactive system leads to autoimmune conditions such as lupus, arthritis, asthma, eczema, and even life-threatening anaphylaxis.

This is innate immunity, which acts quickly but paints with a broad cleansing brush, treating all invaders without distinction. That’s why colds feel the same even though they are the indirect result of 100,000 different pathogens. The innate immune system continues churning longer than necessary, manifesting itself in lingering sore throats and runny noses.

The immune system is a mix of organs, cells, proteins, and tissues working in harmony to prevent fend off invasion of the body by pathogens. It is far too complex to be impacted by increased flaxseed consumption. Green tea and cinnamon sticks make for a tasty snack, but they won’t boost your immunity, regardless of what your friendly neighborhood naturopath tells you. If the immune system was so weak as to need a kale kick to get stimulated, pathogens would wipe out our species.

With billions of years to refine, why hasn’t the opposite happened, with the immune system conquering pathogens altogether? Because pathogens are also biological agents that evolve, leading to an unending battle between them and the immune system. The influenza virus adapts so quickly that annual shots are needed, and those are of varying efficiency. And HPV has managed some evolutionary trickery by bypassing the immune system and ingraining itself in our DNA.

There are extreme cases where boosting the immune system is both possible and desirable. Examples would include persons undergoing chemotherapy, who are HIV positive, or who are suffering severe malnutrition. As one example, it can be done with a bone marrow transplant, a necessary evil for some with leukemia or multiple myeloma.