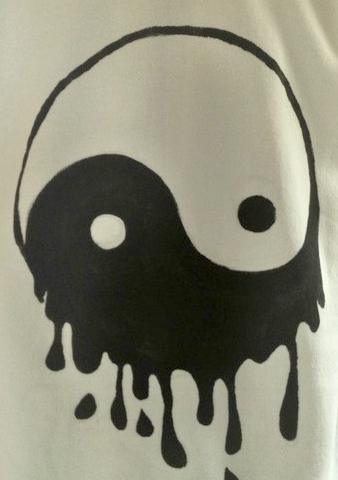 When the Nobel Prize for Medicine was given this year, headlines on naturopathy websites and even in some mainstream news outlets presented it as a vindication for Traditional Chinese Medicine. This was owing to the fact that one of the honored doctors had looked over ancient texts during her research and came across an idea that, very indirectly and with a significant reworking, helped lead to the discovery. However, the doctor, Youyou Tu, used the Scientific Method, not Traditional Chinese Medicine, to come up with her Nobel Prize-winning product. This episode in truth demonstrated the failure of purported medicine that doesn’t follow the Scientific Method.

First, the basics: The Nobel Prize went to the developers of two drugs used to treat parasite infections. It was a shared award, with William Campbell and Satoshi Omura being recognized for the discovery of avermectin, while Tu won for discovering artemisinin, which helps battle malaria. Tu is the one we will focus on since her discovery has been falsely presented as attributable to Traditional Chinese Medicine.

Humans have used herbs and plants as attempted cures for thousands of years. In pre-scientific and pre-medicine days, this wasn’t necessarily a terrible idea, although when it went wrong, it could go very wrong, as in the death of the patient. Plants churn out all kinds of substances and some have effects on humans, be they beneficial, detrimental, or negligible. But seeming medical uses were based on cultural beliefs and anecdotes. As botany and medicine developed, pharmacognosy was born. This is the study of medicinal drugs derived from plants or other natural sources.

Unlike herbalism, naturopathy, or Traditional Chinese Medicine, pharmacognosy is the SCIENTIFIC study of drugs with natural origins. The field’s work focuses on identifying active chemicals, isolating them, and transforming them into medicine. It is based on research, not what your cousin said worked for his wife’s friend.

Pharmacognosy is why pharmacies no longer carry leeches and heroin. It is also why they no longer carry raw herbs and dispense them in volumes that are based on guesswork. Today, the herbs’ active ingredients are isolated and put in tablets and creams, and doled out in the proper dosage. Almost no raw natural products are used as medicine because they contain negative or inferior properties to their synthetic counterparts, and because they have unpredictable amounts of active ingredients.

Dr. Steven Novella, the most vocal critic of the way the media covered the Noble Prize story, said, “When I prescribe a drug, I know exactly how many milligrams of active ingredient the patient is getting, its half-life, how it is eliminated from the body, its tissue penetration, its effects and side effects, its drug-drug interactions, and any potential toxicity. When you prescribe an herb to a patient, you have no idea about any of these things.”

Once the active substance has been identified and isolated, chemists synthesize, standardize, and improve it. That’s what happened with the two drug products the Nobel Committee cited. As part of her research, Tu looked over TCM texts for any natural product that was used to treat fever. She found over 2,000, which indicates how silly the field is. Anybody can throw any herb out and claim it as a cure. So it goes in the world of Supplementary, Complementary, and Alternative Medicine (SCAM).

She eventually came upon a fourth-century practitioner who suggested qinghao steeped in cold water. Tu eventually realized that the usual extraction method of boiling was destroying the active ingredient. So she instead used ether, and qinghao proved to be the first plant extract to be completely effective at killing malaria in mice.

However, the drug had low bioavailability and a short half-life. This meant that the drug would be ineffective on humans. However, the pharmaceutical company Novartis bought patents an artemisinin derivative and lumefantrine, and produced a combination that was shown to be clinically effective.

The ancients had no knowledge about how the body worked. The thousands of traditional herbs, their infinite combinations, and specific maladies treated were backed by no consistent criteria or reasoning. What finally turned artemisinin into a useful drug was science and Big Pharma. Traditional practices of herbalism or natural medicine would never have turned these discoveries into lifesavers.

I know this from experience. I have talked with Reiki practitioners, crystal hearers, craniosacral therapists, and essential oil peddlers about their lines of work. And even a rudimentary inquiry about how the technique or product works causes them to stumble, fumble, and bumble their way through long pauses, consternated looks, and an emergency summoning of the other person at the kiosk.