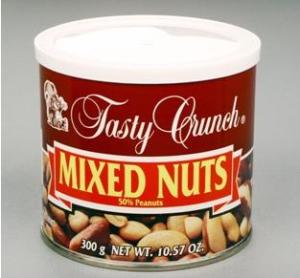 I cringe when usually well-meaning people declare something to be “settled science.” This is most frequently heard with references to evolution, the Big Bang, and climate change. It is true that the evidence for all of these things is overwhelming. We’ve dealt with these evidences on this blog, and far better, more extensive documentation exists elsewhere. Still, scientists will always give a fair hearing to an alternate viewpoint that is reached by following the Scientific Method. This method consists of defining the question, developing a hypothesis, making a prediction, testing that prediction, attempting to falsify the prediction, analyzing the results using proper statistics, replication, peer review, and data sharing.

If scientific consensus meant an issue were settled, we would have never accepted heliocentrism, Germ Theory, or airplanes. However, those advances came from employing the Scientific Method. By contrast, denying evolution, the Big Bang, and climate change is based on negative evidence or cherry picking, both of which are inconsistent with sound science.

Here is an example of negative evidence, in this case for creationism. Answers in Genesis writes that chimpanzees are only capable of being bipedal for short distances. The writer therefore concludes that, “God created Adam and Eve fully functional and able to walk and talk. Humans were created on the same day as all kinds of land animals and did not evolve from apes or have to evolve the ability to walk.” There is nothing about man and chimps having distinct locomotion that would negate evolution or point to them not having common ancestors. But even if this were the case, it would be no point for creationism. Additionally, steps in the Scientific Method include testing a hypothesis and attempting to falsify it, and AIG never attempts this with their idea that God did it.

With regard to cherry picking, climate change deniers are fond of pointing out that warming has paused in the last 17 years, and they have graphs to prove it. However, this only works if you use 1998 as the starting point. Using 1997, 1999, 1915, 1950, or 2010 shows a rise in average global temperature. 1998 is the exception because of an unusually strong El Niño season.

If negative evidence and cherry picking are unavailable, there is always simply rejecting the truth. Consider Homo naledi. Naledi is an anagram of denial, and when this major discovery of extinct hominin bones was announced this year, some foxnews.com posters insisted the bones had been fabricated and planted. This blurs the line between anti-science and conspiracy, so let’s segue into the latter.

Just as astronomy, biology, chemistry, and physics are open to change through the Scientific Method, history can also be adjusted if supported by evidence. However, conspiracy theories rest on negative evidence, the argument from ignorance, and the appeal to personal incredulity.

I bravely entered the world of YouTube conspiracy videos to observe these creatures in their natural habitat. I felt an IQ drop of five points by the time I was done. I’ll need to hit the acupuncturist today to unblock this negativity.

In the argument from ignorance, a conclusion is reached based on a lack of proof from the other side and without considering all possibilities. The video I watched purported to expose the Space Shuttle Challenger disaster as a Free Mason hoax. It beings by begging the question, asserting without evidence or deference to logistics that if we went to the moon in 1969, we should be making daily commercial flights by now. This is used so establish that NASA is fraudulent.

Addressing the Challenger disaster specifically, the commentator points out that onlookers were not upset enough. He never considered that they might have been unaware what had happened in the immediate aftermath, that they were in shock, or that they were trying to digest it all. Since it is impossible to prove what anyone was thinking 29 years ago, this ignorance is claimed by the commentator as proof of his position that the observers were actors and the event staged. In still more appeal to ignorance, he chirps, “We don’t actually see the astronauts walk into the space shuttle. That could have been filmed anytime, it could have been faked.”

He also regularly uses the argument from incredulity, where one’s inability to believe something could be true is proof that it is false. Not only is that an unsound conclusion, it is often a deliberate ignorance. A short while after the Shuttle explodes, Christa McAuliffe’s parents were shown on the screen. The commentator said, “What I find strange is that 13 seconds after this massive explosion, if you were the cameraman, you wouldn’t take your shot off of it.”

For starters, there is more than one camera involved when national networks cover space launches. More importantly, there is zero evidence offered to support the commenter’s assertion that the parents being shown is indicative of a hoax. He provides only arguments from ignorance and unsupported speculation.

In another example of arguing from ignorance, he again excitedly notes the mostly stolid expressions. However, there was already smoke and fire from the boosters, so when the shuttle exploded, it was not readily apparent to everyone what had happened. The commentator said the spectators were not upset enough, yet later when they were crying, he cited this as proof they were planted actors.

Beyond these logical fallacies, another hallmark of conspiracy theorists is extreme hostility to contrary positions. Differing views are presented as evidence of the questioner being a shill or a fool. One poster asked what the incentive would be for Free Masons to stage the space shuttle hoax. The response: “There are all sorts of reasons to do this. The biggest one is to FUCK WITH OUR MINDS and by doing that they control us. WAKE UP IDIOT. For fucks sake get your head out of your asshole.”

Conspiracy theorists instruct us to disbelieve all media except their YouTube videos. Moreover, we are told to accept that a wicked cabal of anonymous men has the ability to stage elaborate hoaxes, invent AIDS, and instigate hurricanes, but remain unable to shut down videos exposing them.

When appealing to ignorance, the theorist is limited only by imagination. “There is no real shock from these people, a bit of a smile from one of them actually.” Because a skeptic cannot explain 29 years later why a person had a little grin, it proves that Free Masons and NASA blew up an unmanned Space Shuttle for the purpose of psychological warfare.

Later, the theorist shows a photo of Christa McAuliffe alongside a photo of Syracuse University professor Sharon McAuliffe and claims they are the same person. This even though the shape of the chin, nose, and ears are different. He makes no attempt to verify any of this is unchallenged by posters who are too busy calling skeptics sheeple. I’m sorry, that would be “SHEEPLE!!!!!”

Photos of six of the seven victims alongside pictures of persons with the same or similar names have made the Internet rounds. In some cases, the accompanying photos were of siblings of the deceased, and only one of the six bore a strong resemblance to his namesake. Snopes goes through an astronaut-by-astronaut refutation of the claim and points out, “This exercise demonstrates how easy it is to weave a conspiracy theory out of a few suggestive elements, but its premise defies credulity: NASA faked, for no explicable reason, the deaths of seven astronauts in a shuttle accident, then allowed those astronauts to openly live out the rest of their lives without even taking the basic steps of disguising their physical appearances or real names, and nobody noticed it until nearly 30 years later.” Of course, all this makes Snopes part of the conspiracy.

While the commentator is unconvinced of moon landings, shuttle flights, or satellite launches, he is not entirely averse to accepting aeronautic development. Late in the video, a white blur speeds across the screen. Skeptical sheeple think it’s is a bird, but our commenter assures us it is an alien spacecraft. Probably with a cargo of fabricated hominin bones.