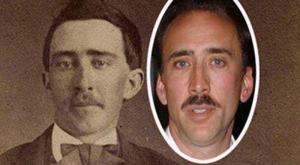 I recently made my 150th post to this blog and I don’t believe any of them contain a claim that I have disproven anything. Whether the topic is ESP, ghosts, cryptids, or a healing quartz, one cannot prove a negative. I can simply highlight logical fallacies and other flaws in claims of supposed success. Or I can introduce points adding the mountain of evidence that indicate the unlikelihood of these phenomenon being genuine.

So when addressing reincarnation, we are limited to challenging the claims and critical thinking of those who say it’s real, and of analyzing the sociological and religious reasons behind its genesis and evolution.

Before going further, a definition. Reincarnation is the idea that when someone dies, the body breaks down, but a detached consciousness continues in some form or another on Earth. It is distinct from a belief in Valhalla, Heaven, or Hell, as these locales are reached after this person’s only life, with this postmortem fate being eternal and otherworldly.

The idea can be attractive, mostly because of the immortality. If a person is 52 with no real accomplishments, that’s no big deal since there will be a second chance, along with a 102nd. It also allows one to envision a romantic past in which they were a pioneer, a Revolutionary War officer, and a Paleolithic hunter-gatherer.

The notion of reincarnation likely had its beginnings when primitive peoples noticed that flowers, trees, and vegetation would die in the winter, then come back in the spring. Since humans are part of nature, I had once considered the possibility of this also applying to us. I jettisoned the idea when I realized that those other things weren’t actually dying. Trees, for instance, lose their leaves but not their status as living organisms. When they do die, they shrivel, don’t regain leaves, and never come back.

Reincarnation is mostly associated with Buddhism, Hinduism, and Wicca, with significant differences in each. In Buddhism, the person comes back as a baby and tries to get it right this time. When they accomplish this, they enter Nirvana, sort of like the characters in Defending Your Life.

The relevance of reincarnation varies significantly within different schools of Buddhist thought. Among Zen practitioners, it is scarcely more relevant than it would be to a Humanist. The Zen proponent would think reincarnation occurs, the Humanist would think it does not, but it would be equally irrelevant to both. Both are concerned only with being right here, right now, and doing what they can to better themselves and help their fellow beings. By contrast, reincarnation is of premium importance in traditional eastern Buddhism, most so when a new Dalai Lama is selected on the basis of a Tibetan toddler picking items belonging to his predecessor. The idea is to be Buddhist enough during life to reach Nirvana. Since even the embodiment of Tibetan Buddhism, the Dalai Lama, continues to fall short, this would seemingly be a depressing thought to the rest of the practitioners.

In Hinduism, the post-life smorgasbord features a much broader selection. You can come back as any living creature, including mammals, reptiles, deities, and demons. That is why Indian citizens have starved to death while their great-grandfather who is now a cow remained off-limits for consumption. In an additional misfortune, the cattle die a much worse death from their own starvation than they would if they were quickly slaughtered. The related concept of karma also allowed for an extreme case of state-sanctioned bigotry in the caste system. It was believed Untouchables had brought this on themselves with misdeeds in past lives. While no longer legally enforceable, the caste system still plagues those on the lower rungs. Hindu reincarnation continues until the soul reunites with the Source. I’m unsure what this really means. For further information, consult your local Brahmin.

In Wicca, there is usually not an equivalent of Nirvana or the Source, though some traditions tell of a blissful eternity called Summerland. For most Wiccans, people keep coming back and will continue doing so at least until the sun swallows Earth. A difference between Eastern religions and Wicca is that reincarnation is a relatively bad thing in the former since it means you failed to get it right. By contrast, Wicca teaches that reincarnation is part of the inevitable flow of nature and unrelated to a person’s merits.

Reincarnation is also taught by Taoists, Sikhs, Jains, Inuit, and voodoo worshippers. And it has been embraced by contemporary charlatans. It figures heavily in Scientology and is utilized by those who offer pricey therapy based on past lives, between lives, and future lives.

Per L. Ron Hubbard’s instruction, a spirit spots a woman in labor, then follows her and slips into the newborn’s body. At the risk of stating the obvious, Hubbard offered no evidence to support his obstetrics hypothesis.

Reincarnation is most explicitly rejected by Christianity, especially Protestant evangelicals. A few in the early Church took as literal Jesus’ exhortation that one must be born again, but this never gained favor. In times and places where church and state were inseparable, it was advantageous for the power brokers to teach that failing to follow their dictates guaranteed eternal damnation, rather than teaching that persons get repeated chances.

The closest thing believers have offered for evidence are stories from persons revealing their past lives. The ideas are mostly confined to children, consistent with their creative imaginations, suggestibility, and a desire to please the grownup in charge of the session. When experienced by adults, these manufactured memories are primarily an extension of the person’s ego, as previous incarnations are mostly of chieftains, explorers, and princesses.

These memories require an expanded idea of the notion of the soul. It would require not just a detached consciousness, but an identical wiring of neurons that allow for memory preservation.

One attempt to put the idea of a soul to vaguely scientific test was undertaken by physician Duncan MacDougall, who tried to weigh it. He convinced six moribund patients to lie on their deathbeds while he hooked them to scales (That’s a conversation I’d like to hear). He weighed them before and after death, with most experiencing a reduction of about three-tenths of an ounce.

It would require extremely gracious post hoc reasoning to declare this evidence that persons have a soul of such a weight. MacDougall’s contemporary, Dr. Augustus Clark, noted that he failed to account for the sudden rise in body temperature at death when blood stops being air-cooled. This rise in temperature led to sweating and moisture evaporation that would account for the lost grams.

Another attempt to put a façade of science to the notion was made by psychiatrist Ian Stephenson. He collected several stories of past lives in a dogged attempt to prove that the plural of anecdote is most assuredly data. Since the cause of some diseases could not be attributed to heredity or environment, Stephenson determined it must have come from something brought from a past life. This represents perhaps the most extraordinary leap in the history of conclusion-jumping. While he attempted to frame his terms and methods in medical jargon, he never employed the Scientific Method and set out with his conclusion drawn and sought supporting evidence.

As stated in the opening, I can’t say with certainty whether I fought sabre-toothed cats in my past or will do the same against Andromedan invaders in my future. But in the present, I’m fighting for logic and reason.