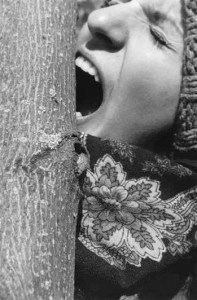 The appeal to nature is a frequent ploy of those promoting some cure, food, or cosmetic. The word “natural” is prominently displayed in the ads or on the product’s unnatural packaging. It is insinuated by the sellers that natural equals good, and they hope the consumer assumes this as well. They try to take advantage of the word’s positive connotations, such as seen in natural athlete, natural beauty, or naturally gifted. By contrast, artificial can be equated with phony, and unnatural can mean forced or awkward.

But occurring in or being produced by nature is neither a good nor bad quality. Sleep and water are natural and necessary for living. Clothing and insulin are unnatural, but our life would be much worse without the former and would be over for a diabetic without the latter. Earthquakes and box jellyfish venom are natural manifestations no one wants to get close to, while leaked Chernobyl radiation was a manmade disaster. And since the natural and unnatural worlds both have positive and negative contributions, it is overly optimistic to think nature can keep a person healthy and happy. Even an unending supply of such products will fail to arrest the natural fate of organisms, death.

One of the best examples of how spurious the appeal to nature is comes from an unintended source. American Spirit tobacco boasts of its products’ all-natural ingredients in an ad reminiscent of a satirical one published in National Lampoon.

Next, let’s consider a plant even worse than tobacco. Foxglove perennials contain toxins that would disrupt the heartbeat if ingested in sufficient quantity. However, the synthetic version of the plant’s cardiac glycosides can be beneficial for patients with heart arrhythmias. So the natural foxglove is harmful, but a synthetic drug developed by isolating, extracting, and purifying certain chemicals in it is helpful. Similarly, mosquito bites and any subsequent malaria are natural, while mosquito repellent and malaria pills are unnatural.

Given all this, why does the appeal to nature work on so many? For some people, it’s simply because they’ve never considered the above examples and they would be convinced once they realized nature is more than an antelope coming down a fern-covered mountain to drink from a flowing stream.

For the hard core nature advocates, however, it’s like any prejudice and is a great timesaver. They can decree natural to be good and unnatural to be bad, so there’s no need to worry about what’s healthy, beneficial, or safe. Like any prejudice, the accuracy in applying it will be sporadic at best. Depending on the type of mushroom one encounters, it may be a source of a little protein or a lot of poison.

“It’s good because it’s natural,” is circular reasoning since it assumes what one is claiming to prove and the conclusion is entailed in the premise. One example of this faulty logic centers on raspberry ketones. Both the ketones from the natural berry and a synthetic counterpart have a chemical structure of C10 H12 O2. Gleefully munching raspberries with these ketones while indignantly refusing a perfume containing the same ones is nonsensical.

Whether this thinking is dangerous depends on how far one takes it. If curmucin is swallowed in hopes of stopping a stomachache, it’s no big deal, it’s just pointless. The danger would come if the stomachache turns out to be stomach cancer and the natural treatment continues. The Skeptic’s Dictionary has catalogued alleged cancer treatments based on the likes of seeds, herbs, and teas. I call these fatal cures and the list is as long as it is disturbing. Meanwhile, the website for Healing Cancer Naturally promises to cure the disease by targeting charkas, chi, and meridians. In this case, it seems like a more honest claim would be “Healing Cancer Supernaturally.”

When the Food Babe went after Kraft Macaroni and Cheese, she wrote that it is “manmade in a lab with chemicals derived from petroleum, a crude oil product, which is also used in gasoline, diesel fuel, asphalt, and tar.” Yet crude oil occurs naturally, so go ahead and mix it with your organic kale smoothie, Babe.

She, Zen Honeycutt, and Kate Tieje are the result of an unusual combination of scientific advancement and scientific ignorance. The Internet makes it possible for anyone to market lies as truths and peddle them to an audience unaware of basic science. In the crude oil example, the Food Babe ignores that the same chemicals can be used safely for many purposes. Its properties change depending on what it’s mixed with. She gets away with this because the people she’s addressing don’t know what a chemical reaction is.

Some natural advocates point out that diseases were less frequent in a supposedly more natural era. When true, this is because longer life spans means there are more persons susceptible to diseases that primarily hit seniors, such as cancer and heart conditions. If we ever end up with an average life expectancy of 125 years, nearly 100 percent of men will get prostate cancer and it won’t be from a lack of organic blueberries.

Besides this misuse of numbers, there are outright falsehoods, such as sharks being immune to cancer, or the adoption of absurd ideas. Harvey Diamond, for instance, seems to suggest people should live like bears and boars. He writes that, “Animals in nature are magnificently healthy in comparison to the health that we humans experience,” and that zoo animals suffer “many of the problems of humans.”

Zoo animals probably have more diseases, but that’s because their vaccinations and safety from predators allow them to live long enough to get them. While the animals we see in the woods or on the plains are usually spry and healthy, we are only seeing them because of those distinctions. Aging and diseased animals are killed by predators and finished off by scavengers, usually out of human sight. Even if we limit Diamond’s comparison to healthy animals in the wild, humans still have one of the longest life spans. I think I’m seeing a market for the Giant Tortoise in a Redwood Diet.