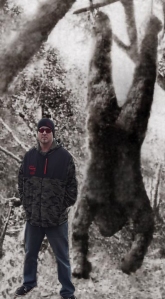 A quick explanation for how science works: Observation-hypothesis-prediction-experiment-analysis-interpretation-publication-replication. The natural world works according to certain principles and we can discover those principles by using this method. Tradition, intuition, feelings, and desires are useless for understanding the natural world. This must be based on experiments, not emotion.

First, a scientist will read and research everything he or she can about a given topic. They may earn a doctorate along the way, though this isn’t necessary since there are ways to educate yourself besides schooling. The scientist goes to conferences, shares his or her ideas, and listens to those of others.

After observing patterns, the scientist will develop testable ideas, known as a hypotheses. Experiments are conducted using specified data and sound statistics. It may be frustrating after putting in six years on an idea, but the scientist is now out to prove the idea wrong. The experiments must be repeatable to ensure that a false conclusion wasn’t reached, either through chance or faulty methods. One way to lessen the likelihood of this is to work with other scientists and to share methods and observations with them. This work is then taken to a conference for feedback and shared with a larger pool of scientists.

If everything seems sound to this point, the scientist sends the work to a peer-reviewed scientific journal, outlining the method, questions, hypotheses, experiments, results, and interpretation. The journal editor contacts experts in the field, who review the work and see if its design, results, and interpretation are strong. If so, it can be published. Despite the long process from observation to publication, we are far from done.

Publication means that instead of four experts perusing the work, maybe 40 or 400 will. Ideally, some of them will conduct experiments to see if the findings can be replicated or falsified. Sometimes, the ideas are validated, other times better ideas replace them. The better ideas can come a week or a decade later.

One of the more frequent examples of the latter are Young Earth Creationists, who insist that the universe and all animals, in their present form, were created less than 10,000 years ago. These assertions that are provably false due to our seeing starlight from millions of light years away and the Geologic Column.

Creationism is one of the many forms of pseudoscience, which refers to using the terms of science incorrectly, or using words that sound scientific but are not.

Employing pseudoscience has enabled persons to foist ideas such as geocentrism, telepathic communication with inhabitants of Inner Earth, and aliens drawing Nazca Lines. These ideas are somewhat innocuous, but have a serious side because it demonstrates that much of the population lacks a strong grounding in science.

More nefarious manifestations are the attempts to bring creationism into public school biology classes, the stoking of unfounded GMO fears, and a senator holding a snowball to announce he’s basing his vote on climate change issues on it. There are still more drastic examples, such as the anti-vaccine movement and its resultant 7-week-old Whooping Cough victim. Or the teenager who died from cancer after being convinced carrot juice was the cure. Pseudoscience has even been used to justify racism, genocide, and albino murders.

Pseudoscience can be appealing because people aren’t required to understand advanced astrophysics or chemistry. And angels, Yeti, aliens, ghosts, and prescient fortune tellers can be captivating, appealing, exciting, mysterious, and spooky.

This week, Dr. Charles Jackson is presenting a series of lectures in the Quad Cities purporting to poke holes in the notions of the Geologic Column, the Big Bang, and dinosaurs-to-birds evolution. However, he is giving these presentations to sympathetic church audiences, not to a peer-reviewed journal. He is not sharing his ideas with fellow biologists or astronomers. This highlights two major pseudoscience red flags: Bypassing peer review and working in isolation.

Remember the model of observation-hypothesis-prediction-experiment-analysis-interpretation-publication-replication. At best, creationists do the first two of these. They arrive at their conclusion first, then seek evidence for it, so they are not doing science. The Food Babe asserts that long-sounding chemicals are dangerous without offering evidence or submitting her ideas to a nutrition journal.

Scientific journals are peer-reviewed so that world-class experts can review and test the work. The system is far from perfect, as best demonstrated by The Lancet publishing Andrew Wakefield’s paper linking vaccines to autism. Still, peer review worked in the end. When others were unable to replicate his findings, the paper was retracted and Wakefield lost his medical license. Other deficiencies with the process include persons reviewing their own work under pseudonyms and a publication calling itself scientific and peer-reviewed when it is neither. However, these flaws are an inadequate reason for someone to duck this crucial step in the scientific process.

Another clear sign of pseudoscience is presenting a claim that cannot be falsified. There is no way to test for tachyons, whose proponents argue travel faster than warp speed, but are somehow captured and used for all manner of health benefits. As science blogger Jennifer Raff has noted, “All conclusions are tentative, and subject to immediate revision if evidence is discovered that proves them wrong. Therefore, it’s a basic tenant of science that one must be able to possibly prove wrong any hypotheses.” If someone argues that a three-headed goddess created the universe 20 minutes ago and instilled in all of us false memories, there is no way to test and falsify this.

Also, pseudoscience is not predictive. Again, I defer to Raff: “The theory of evolution makes predictions. The evolutionary relationships between many species was worked out on the basis of fossil evidence long before DNA was discovered. Now that we’re able to sequence the genomes of these species, we’re finding that many of the predictions were true. In contrast, creationism is not scientific because it doesn’t make any predictions.”

Pseudoscience also invokes the supernatural. An electric gadget’s beeps are presented as evidence of a ghost. Some declare Reiki energy and magnet therapy to be medicine, but they are based on no established ideas of anatomy, biology, chemistry, or physics.

Science is fluid. It evolves, adapts, and adjusts its thinking when confronted with new facts. By contrast, those who believe in astral projection, auras, and in achieving peace and insight by accessing alpha waves are often hostile to contrary suggestions.

Pseudoscience also relies on anecdotes. Amethyst makes someone more energetic, they get a chill when they go up the stairs in an 18th Century house, and they sense their dead daughter’s presence when accessing a medium. These personal experiences are powerful, but not proof. No scientific research is being done here.

Another giveaway is claiming victimhood. Pseudoscientists will invoke Galileo or other vindicated geniuses, and insist government agencies and scientists are out to silence them. I sometimes her claims that evolutionists are nervous about seeing their ideas collapse, or that Big Pharma is on the run, assertions that involve no science.

It also relies on ancient wisdom, usually that of Greeks, Egyptians, Babylonians, or Chinese. One of the reasons this is attractive to a pseudoscientist is because this knowledge is kept hidden, so nothing too specific need be revealed. Besides citing irrelevant authority, this tactic is inverse of how progress works. Science builds on ideas and experiments and grows over time. But with pseudoscience, mysterious lost knowledge is often the most prized.

Finally, pseudoscience sometimes bases its arguments on personal incredulity. Helmet Welke of the Quad Cities Creation Science Association e-mailed me this: “It is beyond belief how anyone can think that something so packed full of information and assembly instructions could ever have evolved by chance.” His inability to conceive of how evolution works is not a point for its nonexistence.